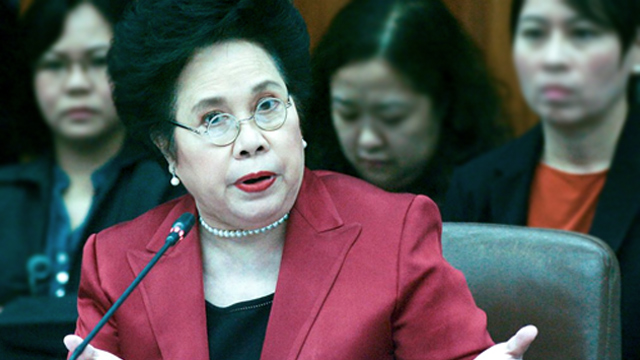 Santiago filed on Monday, August 24 Senate Resolution No. 1534, in response to some 78,000 Filipinos who asked her via online petition platform Change.org to stop the BOC plan.

Santiago said balikbayan boxes are often channels of private and personal communication between migrant workers and their families in the Philippines. (READ: OFWs: Hands off our balikbayan boxes!)

“Is nothing sacred anymore for the Bureau of Customs?” the senator asked.

The BOC drew flak on social media over the weekend, after Customs Commissioner Alberto Lina announced that the agency may soon open up balikbayan boxes, which he said are being used to smuggling goods into the country. (READ: Customs’ Bert Lina: Be honest, declare what’s in your #BalikbayanBox)

While acknowledging BOC’s mandate to scrutinize all shipment arriving in the country, Santiago said in her resolution that the bureau must continue to improve its facilities, which should include equipment for non-intrusive scans.

Thus she urged BOC to use X-ray machines and other technologies.

“It is one thing to inspect balikbayan boxes, another to desecrate them. The Bureau of Customs seems aware that balikbayan boxes, when opened by their personnel, are sometimes pillaged. What have officials done to rid their ranks of thieves?” Santiago asked.

Santiago urged her colleagues to demand from BOC its accomplishment reports for the anti-graft and corruption programs it implemented, especially as the Senate reviews the proposed BOC budget for 2016.

“Whether they accept it or not, the sad reality is that Customs personnel don’t particularly enjoy the public’s trust. You cannot blame OFWs for doubting the renewed vigor of Customs inspectors when it comes to balikbayan boxes.” she said. – Rappler.com