Sep 22, 2015 11:20 AM PHT
Rappler.com
Facebook Twitter Copy URL
Copied
The senator questions the government's priorities in the face of its refusal to lower taxes 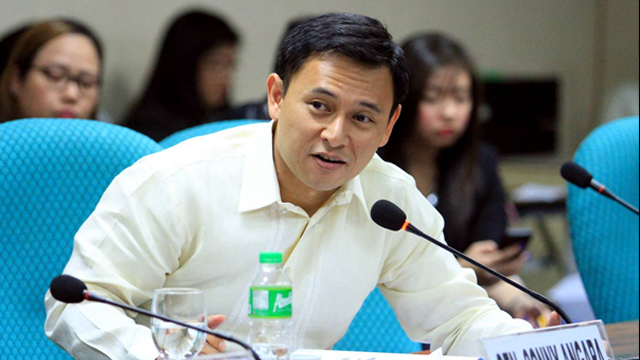 Senator Angara questioned government’s priorities given that the proposed budget of the Department of Finance (DOF), the Bureau of Internal Revenue (BIR) and the Bureau of Customs (BOC) jumped to P50 billion ($1.07 billion) next year from P15 billion ($322.8 million) this year. (READ: P3 trillion: PH’s biggest nat’l budget submitted to congress)

“I don’t think the government has no fiscal capacity to lower taxes given that the Department of Finance (DOF) is asking for a budget increase that is bigger than the P30 billion ($645.6 million) projected revenue loss once we lower our income tax,” said Angara in a statement on September 20.

President Benigno Aquino III previously stated that the government deficit would increase if lower income taxes were imposed due to the loss of government revenue. This in turn would have a detrimental impact on the country’s credit rating. (READ: Lower income tax rates? Aquino ‘not convinced’ its a good idea’)

Angara, chairman of the Senate ways and means committee and is the leading proponent of a bill seeking to lower income tax rates, said: “Lumalabas po sa ating pagtatanong na tumalon ng 224 porsyento ang hinihinging pondo ng mga kagawarang ito. Kung sa tingin nila ay kakayanin ng gobyerno ang ganito kalaking pondo, bakit hindi nila kayang ibigay ang kakarampot na balik-kita sa tao sa pamamagitan ng mababang tax?” Angara said. (It came out from our questioning that these government agencies are asking for a 224% increase in funding. If in their opinion the government can support  a level of funding this high, why then can’t the government give back a scanty amount of income to the people through lower taxes?)

He pointed out that the Congress has even expressed its openness to compromise by simply adjusting the present tax brackets for inflation instead of reducing the prevailing tax rates outright.

The brackets have been left unchanged since 1997.

Billions in increased funding for agencies

(We are talking about billions of here. But if you look at the amount that will be returned to a public school teacher every month, it will come out to P800 ($17.21). Why do we need to shortchange them? The BIR needs says it needs a new building. The money to be spent on that will be come from the people who have been shortchanged.)

The lawmaker also questioned the proposed P30 billion budgetary support next year for the Land Bank and Development Bank of the Philippines.

The increased support for the two banks, which are already posting profit, is not urgent, he shared.