Neighbors catching up with PH as ASEAN integration looms Facebook Twitter Copy URL
Copied
Countries like Vietnam are rapidly catching up with the Philippines, which needs to strengthen its manufacturing and its banks as competition for investment intensifies

MANILA, Philippines –  The single market of 650 million people that the ASEAN Economic Community (AEC) will bring will undoubtedly attract a lot more foreign investment. This, however, also prompts ASEAN nations to compete against each other to get them, Arjun Goswami, director of Regional Cooperation and  Integration at the Asian Development Bank (ADB), said.

Goswami was speaking as part of an expert panel discussing the impact of ASEAN integration held for the benefit of various European chambers of commerce on October 15 in Makati.

Right now the Philippines is in the middle, ahead of the grouping of Cambodia, Laos, Myanmar, Vietnam, collectively known as the CMLV. But these countries are catching up fast, posing implications for development.

“The CMLV nations are really starting to catch up. There is a convergence process that is underway, helped by ASEAN, but also as a result of the national development efforts of these countries,” Goswami said.

This can be seen in various global reports, where Vietnam, the country economically closest of the 4 to the Philippines, has been outpacing it, Goswami pointed out. (READ: PH in top 10 East, Southeast Asian economies with highest FDI)

On the latest DHL Global Connectedness Index, which measures global by cross-border flows of trade, capital, information and people, the Philippines is ranked 58 while Vietnam is 38.

On the 2015 World Bank Doing Business Index, Vietnam is 78, while the Philippines is 95.

“It shows how quick and fast competition to secure investment is even amongst ASEAN neighbors,” Goswami said.

The integration is really market-driven, with an emphasis on linking to global value chains. This means being connected to the world and making it easy to invest is extremely important, he explained.

Work to be done

AEC won’t be a zero-sum game, however, and Goswami emphasized that all members can gain if there is full implementation of the trade measures that ASEAN has set. (READ: PH prospects positive come ASEAN integration)

“We did some simulation exercises and it may lead to expansion of almost 7.5% of the Philippine  GDP over a baseline by 2025 if that were done,” he said, adding that an additional 3 million jobs would be created if these measures were implemented.

“But my view is that for the Philippines, there’s always been a debate around the proportion in agriculture, services and manufacturing to open up to free trade,” Goswami said.

“If [the Philippines] does that,” Goswami added, “then it can garner the benefits of the AEC much more. Right now, it’s all to play for in the Philippines.” 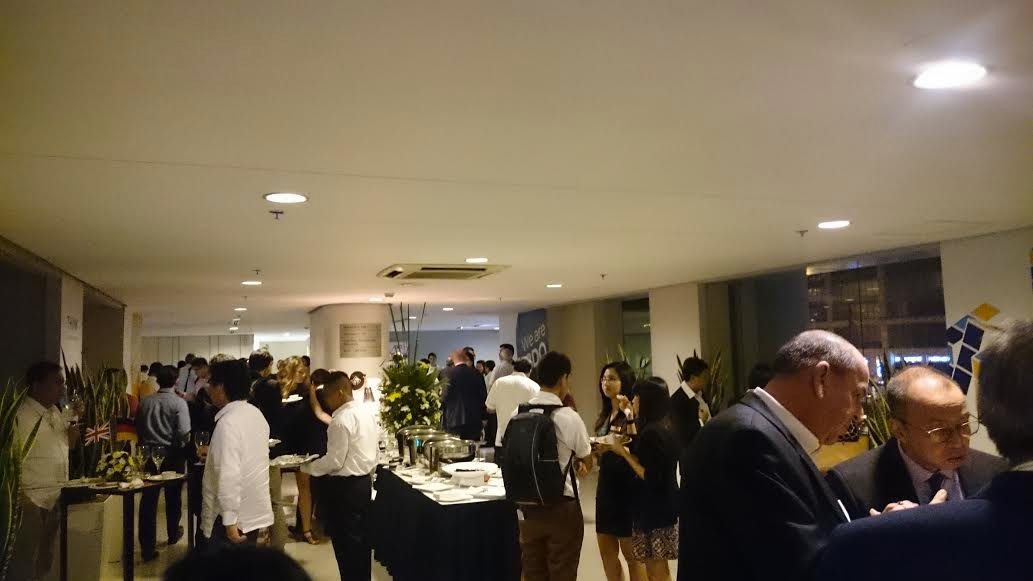 Another sector that needs to prepare quickly is the banking sector, said Nestor Tan, who serves as president of Banco de Oro Unibank (BDO).

This is particularly true as the integration aims to make it simpler for regional banks to make it expand throughout the region. It also aims to top tier ASEAN banks that will be able to move seamlessly from one jurisdiction to another.

Tan said that around the local banking industry the integration “is viewed as a threat to insiders but is an opportunity to outsiders given the expected competition.”

While the Philippine market is attractive, our banks are relatively small, he said, pointing out that BDO, the country’s largest, ranks only 16th in terms of size in ASEAN.

If you combine the top 3 banks in the country into one entity, it will rank only 5th in ASEAN, he added.

“Right now we are a very attractive market without the means to compete and we need to work closely with regulators to allow us to grow to remedy this,” he said.

The good news for the country is that it still has plenty of time to improve as the panelists unanimously agreed that 2015 was purely for ceremonial purposes. The process still has a long way to go for impact to be truly felt.

At the ASEAN summit in April 2015, it was said that 90% of the implementation of AEC was complete but that doesn’t tell the whole story. Goswami said that in reality, if you look closely, only about 75% has been achieved in terms of integrating all trade.

He also said that there have been huge reductions in tariffs, but these were the low “hanging fruits”, pointing out that the remaining tariff and non-tariff barriers that slow trade will be much harder to eliminate.

Goswami estimated the amount of time to fully integrate to be around 20 years. Although it is an ongoing process, its impact will be felt gradually, he said.

He added that this shouldn’t lull the Philippines into a false sense of security, a sentiment also echoed by Tan.

“The good news is that integration won’t happen overnight but we need to do something now,” he said. – Rappler.com