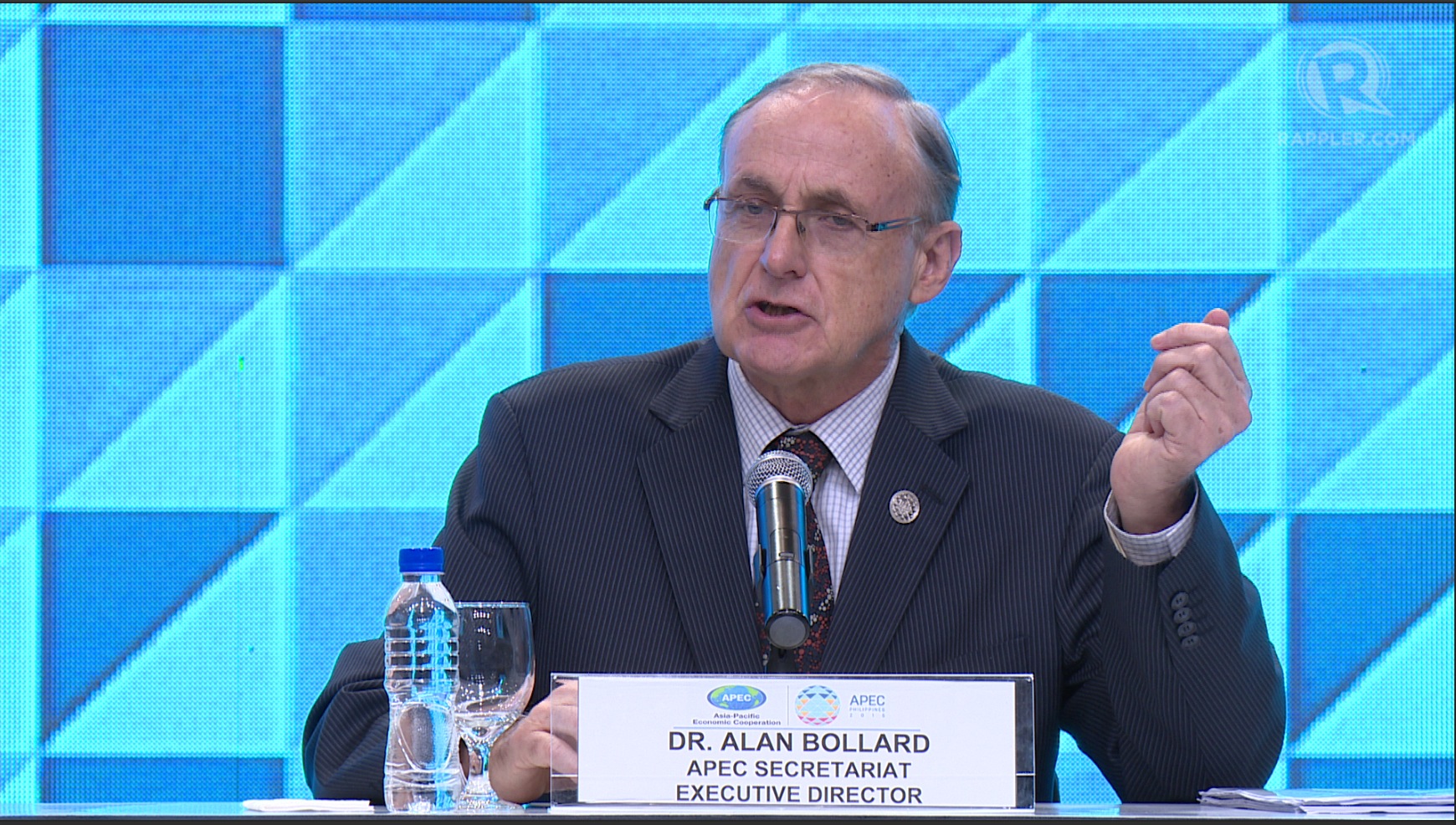 MANILA, Philippines –  The leaders of the Asia-Pacific Economic Cooperation (APEC) signed off on a deal that reflects the reality that the future of trade in Asia will be less about cargo ships and more about the Internet.

“The whole APEC region has been very integrated in terms of merchandise trade, its all been about container ships carrying goods across the Pacific,and APEC has done a lot to make that trade easier across borders,” said APEC Secretariat Executive Director Dr. Alan Bollard in an interview with Rappler shortly after the the APEC summit’s conclusion on Thursday, November 19.

“Now, however, most of the member economies are changing from manufacturing to services and that’s the future,” he emphasized. (READ: FULL TEXT: 2015 APEC Leaders’ Declaration)

To that end, the leaders have agreed on a range of initiatives that have identified areas of the member’s economies that were not exposed to the strong growth drivers in APEC. (READ: Philippines to boost services sector in APEC meetings)

“The problem is that there are a lot of barriers to services although they aren’t tariffs,” Bollard said, “So we’re trying to ensure that trade facilitation works for key areas for service such as telecommunications, software across borders, data and cyber security.”

The Leaders’ Declaration released at the end of the summit highlighted the planned adoption of a Services Competitiveness Roadmap in 2016 which concerted set of actions and mutually agreed targets to be achieved by 2025.

The Services Competitiveness Roadmap is the centerpiece of the Asia-Pacific Services Coalition that was announced in September.

The coalition, expected to be the world’s largest for services, will oversee a collection of regional service organizations that will promote the sector by pushing for reforms.

“The new initiatives outlined in the Leaders’ Declaration is the Philippines saying we are in a process of change at the moment,” Bollard said.

The shift in trade patterns comes at a time of slowing growth in the region, which the International Monetary Fund reported to the leaders earlier that day.

The Pacific Economic Cooperation Council (PECC) reiterated this with its finding that the region is expected to grow by 3.2% in 2015 – the slowest rate since the global financial crisis.

APEC officials hope then that the service sector can provide a boost to this and particularly to small businesses – the regions’ key growth driver. (READ: APEC leaders: Intensify efforts for MSMEs, embrace digital economy)

Bollard shared that a big focus of the summit was on how e-commerce technology can help open up movement across borders to small businesses, and how small businsses can link up to global value chains.

“Most small businesses don’t import or export but increasingly, they are able to and that’s changing things,” he said. – Rappler.com