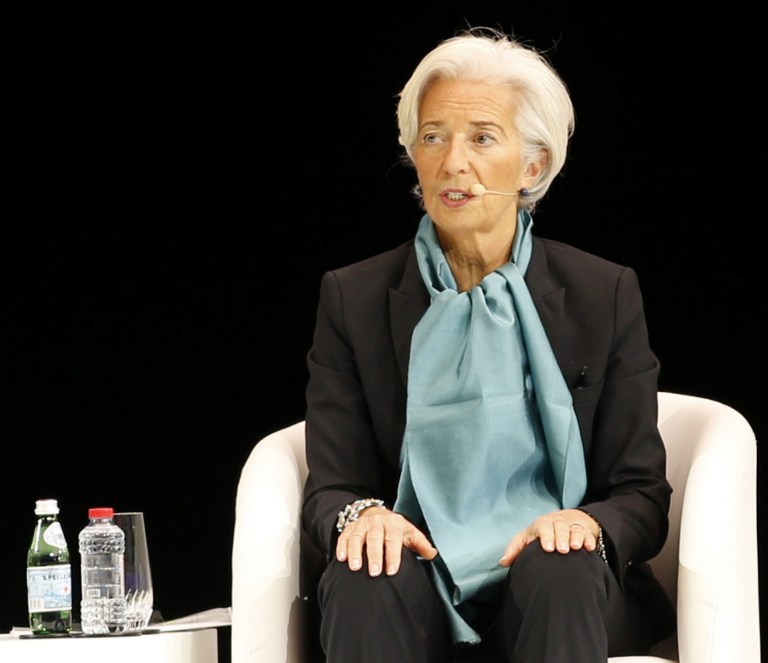 Speaking at a women’s forum in Dubai, the newly reelected Lagarde said global economic growth stood at 3.1% last year, and is expected to grow by “a bit more than 3%” this year, and a “little higher” in 2017.

“It is a growth but it is a tepid growth because the recovery that we see in the United States, Europe and a little bit in Japan as well could be bigger,” she said.

“If you compare current growth to the potential output the economy should deliver, it is less,” she added.

As for emerging economies, apart from India which is “doing pretty well,” they are slowing down, said Lagarde.

Other emerging economies are either “deliberately” slowing down like China, or “in a pretty weak position” like Russia, Brazil, or South Africa, she said.

“Those countries are struggling. Both Russia and Brazil will be in negative territory this year.”

She said world prices, not only of oil but also of metals and food, “have gone down significantly to actually change the business models of those countries, which some of them are addressing well.

“It’s really a new reality that these countries are dealing with at the moment.”

The IMF’s resident representative in the Philippines, however, had a positive assessment of the country’s prospects, saying it is in a unique position to take advantage of the shifting global economy. – with a report from Chris Schnabel / Rappler.com