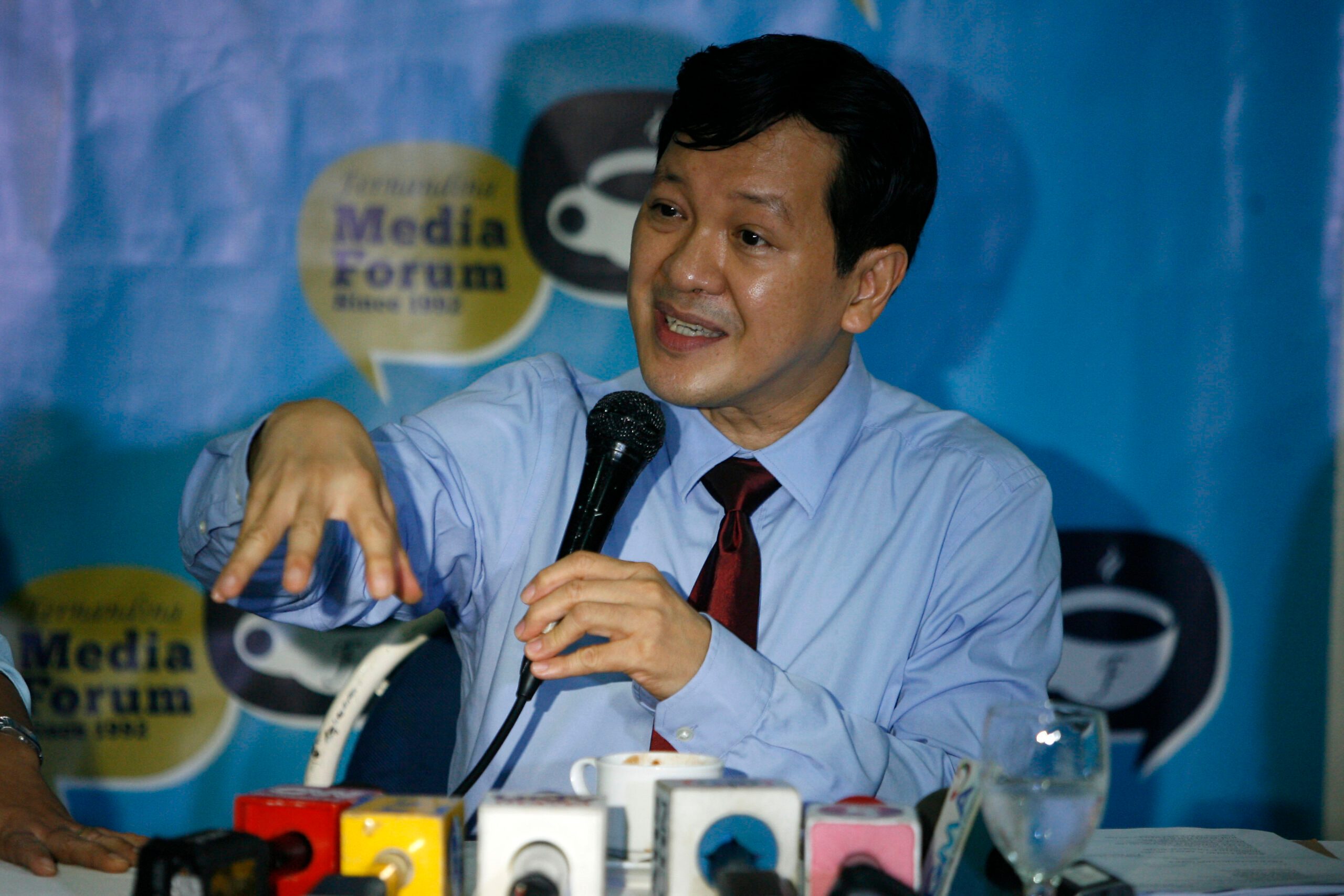 Facebook Twitter Copy URL
Copied
Vitangcol tried to extort $30 million from Inekon and insisted that it pick a conspirator's firm as a partner to win the MRT3 expansion project, says the Ombudsman

The first count was for attempting to extort $30 million (1.384 billion) from Inekon, a Czech company engaged in the supply of light rail vehicles (LRVs), and the second count for attempting to impose a partnership on the same firm, according to the Ombudsman.

The charges are in relation to the awarding of the contract for the P3.7 billion ($80.16 million) MRT3 expansion project in 2012.

Vitangcol was also found administratively guilty of two counts each of grave misconduct, serious dishonesty, and unlawful solicitation, and was ordered dismissed from the service.

Because he has already been removed from office, the penalty of dismissal is convertible to a fine equivalent to one year’s salary.

The former official was also ordered perpetually disqualified from holding public office. His retirement benefits were also forfeited and he was barred from taking the civil service examination.

The investigation by officials found that Vitangcol and De Vera imposed pre-conditions on Inekon so it could be awarded contracts for the supply of additional LRVs and maintenance of the MRT3.

These pre-conditions were the payment of $30 million, later reduced to $2.5 million (P115.3 million), as well as the entering into a joint venture agreement with a group of Vitangcol’s choosing.

In charging the pair, Ombudsman Conchita Carpio Morales took into consideration evidence including the statements of of Czech Ambassador Josef Rychtar and Inekon representative Joseph Husek, as well as Vitangcol’s and De Vera’s conflicting statements.

Morales found that the circumstances, “taken together with the affirmative declarations of complainant’s witnesses, convinces this Office that the failed attempt to extort from Inekon as a condition for Inekon to secure the contract for the supply of LRVs was made upon the behest of Vitangcol.”

The Ombudsman also found De Vera and Vitangcol to have conspired in the attempt get Inekon representatives to sign a joint venture agreement for the award of the maintenance contract of the MRT3  under a 60%-40% sharing scheme with a group of persons, one of whom turned out to be De Vera, an incorporator of PH Trams.

Vitangcol is already facing a separate trial for graft before the Sandiganbayan for the anomalous awarding of the MRT3 line maintenance contract to PH Trams-CB&T joint venture after it was revealed that Arturo Soriano, the brother of Vitangcol’s mother-in-law, was also an incorporator.

Earlier this year, Vitangcol appealed to the Supreme Court as he challenged the Ombudsman’s decision to file graft charges against him.

In his affidavit, Vitangcol accused both Liberal Party standard-bearer Manuel “Mar” Roxas II, who was Department of Transportation and Communications (DOTC) secretary at the time, and his successor and party mate Joseph Emilio Abaya, of deliberately ignoring procurement requests for the MRT3. – Rappler.com