Underspending still a challenge in the Philippines 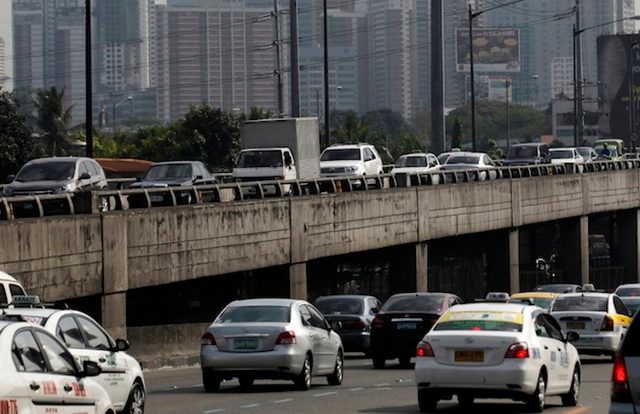 Facebook Twitter Copy URL
Copied
Underspending has long been a problem of the Aquino administration, with the government repeatedly saying bottlenecks are being addressed

MANILA, Philippines – Underspending remains a challenge in the Philippines, with disbursements for infrastructure and capital outlays in 2015 falling below target by 20%, according to the Department of Budget and Management (DBM).

It was during the fourth quarter of 2015 when the government was expected to catch up following the slow spending in the previous months. But during the quarter, disbursements for infrastructure fell below target by 28.1%.

“Underspending however remained to be a challenge. This was largely evident during the first two quarters where close to 55% of underspending was recorded – 13.4% in Q1 and 15.2% in Q2,” the DBM said in its assessment of the national government’s disbursement performance.

Underspending has long been a problem of the Aquino administration, with the government repeatedly saying that bottlenecks are being addressed and that spending will be fast-tracked in the succeeding year.

Although there have been improvements in disbursements following the implementation of measures to address the issue of underspending, the expenditure targets have never been met during the Aquino administration.

The DBM explained that under infrastructure outlays, around P86.3 billion ($1.87 billion) were not disbursed in 2015 in view of low obligations of agencies arising from procurement difficulties and weak planning capacities.

For maintenance expenditures, underspending amounted to P21.4 billion ($463.2 million) or 5%, which the DBM said was mainly due to payment or billing issues resulting from incomplete or non-submission of documentary requirements, progress billings, and delayed encashment of checks of creditors or contractors.

In the case of personnel services, 10.6% underspending was recorded largely on account of program balances from the Miscellaneous Personnel Benefits Fund and Pensions and Gratuity Fund.

“While there has been filling up and creation of positions during the year for some key agencies, a number of vacancies are still available in the Department of Education and Philippine National Police. These agencies were however experiencing some hiring difficulties particularly on the qualifications of applicants,” the DBM said.

For the Pensions and Gratuity Fund, the DBM said that the actual turnout for terminal leave, retirement gratuity, and monetization claims were lower than the programmed levels.

Another source of underspending is the subsidy to government corporations at 34.2% of the programmed budgetary support.

The DBM said bulk of this amount can be traced to the National Irrigation Administration (NIA) and the National Housing Authority (NHA).

The department added that the NIA cited progress billings and delays in processing of payments as the reasons for the lower disbursements.

For the NHA meanwhile, allotments were not released pending the submission of utilization reports.

“Although a significant amount of underspending was recorded in the last two years, the government remains optimistic of utilizing the programmed spending for 2016 to fund critical social development programs and higher investments in public infrastructures, particularly with the national election in May and the impending change in administration in June 2016,” the DBM said.

With this level of spending, the agency said the economy is expected to grow by at least 6.8% this year. – Rappler.com