Saudi unveils far-reaching plan to move away from oil 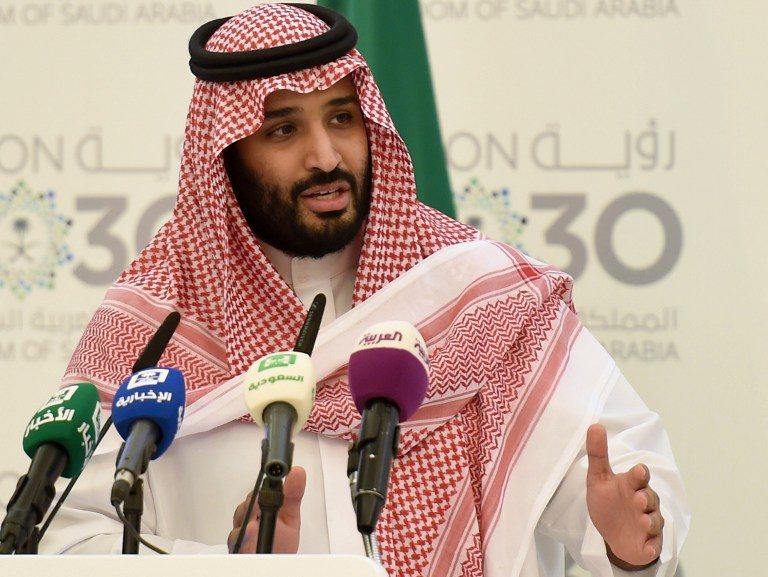 The announcement of the long-term reform program, dubbed “Vision 2030”, marks the beginning of a hugely ambitious attempt to move Saudi Arabia beyond oil, the backbone of its economy for decades.

“This is not a dream. This is a reality that will be achieved, God willing,” the main architect of the diversification plan, Deputy Crown Prince Mohammed bin Salman, told reporters, many of them invited from around the world.

Although it comes against a steep fall in oil prices, the plan “was not created only” to face that challenge, the sandal-wearing prince said, answering questions for 50 minutes at a royal palace in a rare government press conference.

The plan foresees social change in one of the world’s most conservative societies. There will be more entertainment options, and a greater contribution by women to the workforce.

Saudi Arabia currently employs millions of expatriates who do everything from manual labor to management.

“We will not rest until our nation is a leader in providing opportunities for all through education and training, and high quality services such as employment initiatives, health, housing, and entertainment,” Mohammed wrote in an 84-page booklet outlining the plan.

Earlier, in an interview with the Saudi-owned Al-Arabiya news channel, the 30-year-old prince outlined measures aimed at reshaping the economy of the world’s biggest energy exporter.

“We have all developed an oil addiction in Saudi Arabia and this is dangerous and has hampered development in many sectors during past years,” he said.

Mohammed said part of the plan is “to sell less than 5% of Aramco” in an Initial Public Offering (IPO) on the stock market, valuing the company at between $2 trillion and $2.5 trillion.

By “selling even 1% of Aramco, it will be the largest IPO in the world”, he said.

Part of the funds from the share sale, Mohammed said, will be used to set up a $2-trillion sovereign wealth fund which would easily surpass Norway’s $865-billion fund as the world’s biggest.

‘Largest on the planet’

With so much capital on its hands, the Saudi SWF would make Riyadh one of the single most important global investors.

It will be “by far the largest on the planet,” Mohammed said. The reform program aims to propel the kingdom from its ranking as the world’s 19th largest economy to the top 15.

The domestic defense industry will be built up to account for as much as 50% of military spending, from 2% now.

Under the plan, the share of non-oil exports will rise from 16% to 50% of non-oil Gross Domestic Product.

For decades, Saudi Arabia, the largest economy in the Arab world, enjoyed a windfall from its massive and easily exploitable oil reserves.

Flush with oil revenues, the nation has built up enormous fiscal reserves and provided its 21 million citizens with a generous system of public employment, welfare benefits, and subsidized utilities.

But analysts have long warned that the Saudi system, which counted on oil for 73% of state revenues last year, is deeply bureaucratic and inefficient.

The collapse in oil prices – from more than $100 a barrel in early 2014 to around $40 a barrel this month – has underscored the dangers.

“Saudi should have started this kind of program when the oil price was high,” an oil industry source told AFP. “It needs time, a long time, to develop.”

But Mohammed assured: “We can achieve this vision even with $30 a barrel.”

With another $87-billion shortfall projected for this year, the government took the unprecedented step of raising retail fuel prices by up to 80% in December and cutting subsidies for electricity, water, and other services.

On Saturday, King Salman sacked the water and electricity minister, Abdullah al-Hussayen, who had suggested that citizens upset over high water bills dig their own wells.

Still, the reserves remain among the largest in the world, tempering any concerns about the economy’s short-term viability.

The fall in oil prices is largely due to OPEC kingpin Saudi Arabia’s own refusal to cut output as it seeks to drive less competitive players out of the market, in particular US shale producers. – Ian Timberlake, with Omar Hassan Abdulla in Kuwait, AFP / Rappler.com