Merkel, Abe differ on how to fix world economy 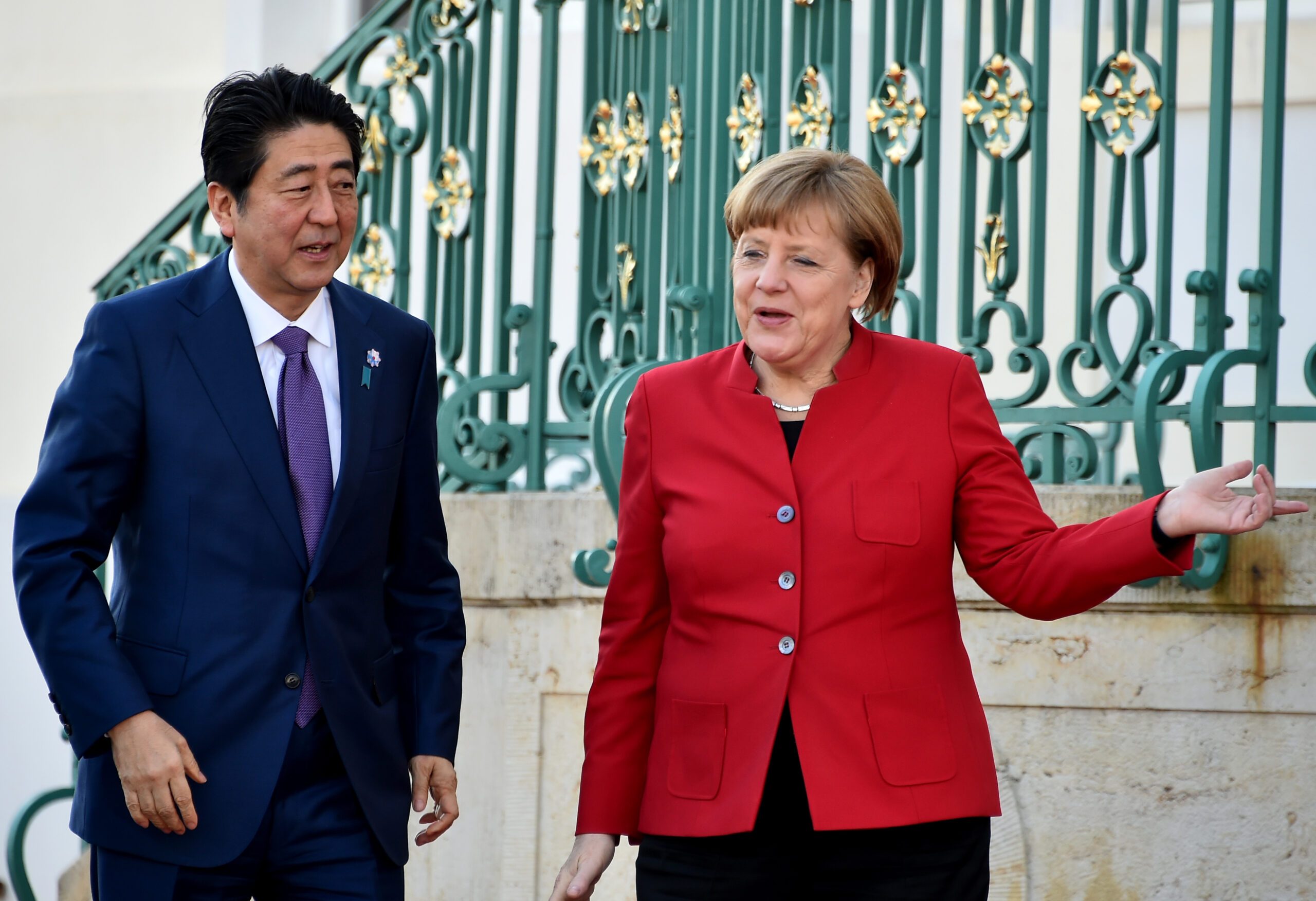 MESEBURG, Germany – German Chancellor Angela Merkel and Japanese Prime Minister Shinzo Abe on Wednesday, May 4, disagreed on how best to kick-start the global economy ahead of a G7 meeting this month.

While Abe made a characteristic pitch for large-scale stimulus spending, Merkel suggested Germany was already doing enough, pointing to the extra economic activity brought by the arrival of one million refugees and migrants last year.

The leaders of the major European and East Asian export powers will outline their competing visions when Japan later this month hosts a meeting of the G7 advanced industrial countries – also including Britain, Canada, France, Italy, and the United States.

Abe – known for his “Abenomics” attempts to stimulate economic growth through increased public spending – has been rallying G7 member nations to make a pitch for jointly providing a boost to the global economy. (READ: Italy, Japan urge G7 to spend for growth)

“We spoke about the global economic situation and that we cannot just wait for normal economic cycles but have to proactively tackle the risks to rejuvenate the world economy,” he said.

“We need a speeding up of structural reforms and expansive fiscal policies,” he told a news conference, according to the German translation, after their meeting at Germany’s state guest house, a Baroque castle north of Berlin.

“With the many refugees we took in last year, we saw a boost to domestic demand which, in my view, was a good contribution to the development of the world economy,” she said.

She said Berlin supported a 3-way strategy of structural reforms, the monetary policy of independent central banks, and fiscal policy, including ongoing investment in digital infrastructure.

“We are seeking to combine solid budgetary policies with sustainable growth policies and more investment. I think with that we are making our contribution for the good development of the world economy, and we will be discussing the details in depth in Japan.”

Abe said that at the summit the G7 “will, as leading G7 powers, discuss and make a good contribution to world economic growth. That means that we have to send a concrete message with a united voice.”

Abe came to power in December 2012 vowing to rejuvenate the world’s 3rd-largest economy by ending deflation – a debilitating decline in consumer prices that has suppressed spending for years.

His eponymous “Abenomics” policies include the Bank of Japan buying massive amounts of government bonds and introducing a negative interest rate.

Abe’s plan had some success at first as the yen weakened sharply, inflating exporters’ profits and setting off a stock market rally. But a promised recovery has failed to take hold and the yen has recently reversed course as traders flock to the Japanese unit, which is considered a safe bet in times of turmoil.