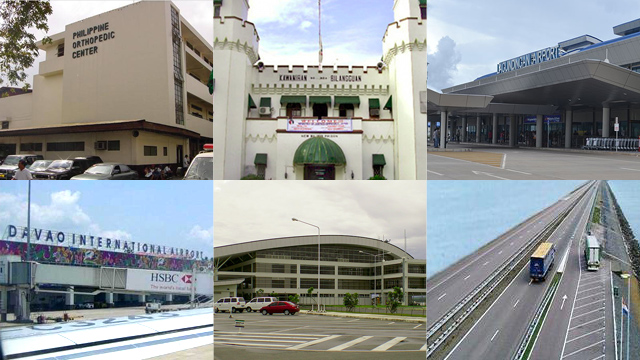 MANILA, Philippines – It is now up to the next administration to push forward 5 public-private partnership (PPP) projects that did not push through under President Benigno Aquino III’s watch. (READ: PPP thrust: Work in progress)

Biddings for deals to modernize the aging Philippine Orthopedic Center as well as build an expressway between Taguig City and Los Baños, Laguna, plus a flood-control dike, failed during Aquino’s last couple of years.

Projects to develop 5 regional airports, build a modern jail facility, and construct the country’s first subway were also shelved by their implementing agencies.

Andre Palacios, who just assumed leadership of the PPP Center last March, had said his office initially expected to award 9 PPP deals before the next administration takes over on June 30.

But with only a month left, it will be difficult for the current administration to award more PPP projects.

The PPP Center has 53 infrastructure projects in its pipeline. Of these, 12 have been awarded so far.

Here’s a look at key projects that have yet to progress.

While the Aquino administration shelved its plan to construct the country’s first subway system, Palacios hopes the next government leaders will revive the deal. 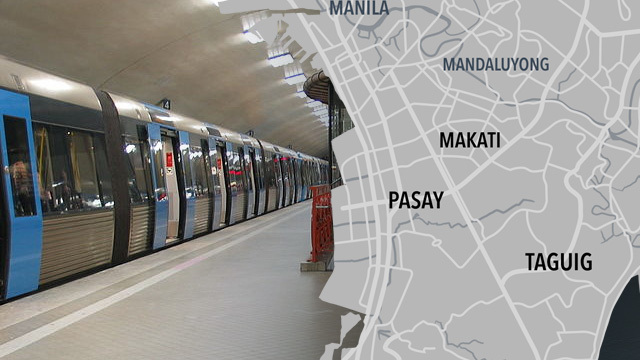 “I don’t want to offer unsolicited advice for the MTSL PPP proposed by the former Department of Transportation and Communications (DOTC), now named Department of Transportation, but I hope the new team will consider reviving this project, especially now that we have a new right-of-way (ROW) Act that allows subterranean ROW,” Palacios told Rappler in a text message on Sunday, May 29.

The P374.5-billion Makati-Pasay-Taguig MTSL had been removed from the PPP pipeline because of scheduling constraints, with officials saying that talks on the subway’s final alignment were eating up much time.

The planned 20-kilometer (km) system will consist of a 16-km tunnel, a 4-km elevated railway, and 11 stations. It is expected to ease road congestion in the cities of Makati, Pasay, and Taguig.

In November 2015, a subsidiary of listed builder Megawide Construction Corporation, the winning concessionaire of the PPP project, terminated its contract with the Department of Health (DOH) to rehabilitate the Philippine Orthopedic Center (POC).

This was because the DOH had not given Megawide the certificate of possession for the project site, years after awarding the deal. 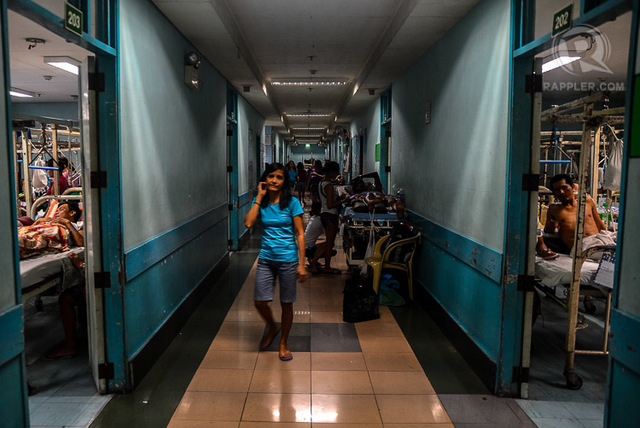 The DOH awarded the P5.69-billion modernization of the POC project to Megawide World Citi Consortium, Incorporated in December 2013.

Megawide initially targeted the project to be finished in 2017. But Megawide in November gave the DOH a notice of termination of the build-operate-transfer agreement between the company and the government for the modernization of POC.

As of now, there are no plans to revive the 1st hospital PPP project.

The project was seen to involve the construction of a 700-bed capacity super-specialty tertiary orthopedic hospital to be located within the National Kidney and Transplant Institute compound along East Avenue, Quezon City.

The concessionaire was supposed to design, build, finance, operate, and maintain the facility until the end of the concession period, and then transfer the hospital to the DOH.

The country’s transportation department under the leadership of Joseph Emilio Abaya has failed to set a deadline of submission of bids for the rehabilitation of 5 regional airports: Iloilo, Bacolod, Bohol, Davao, and Laguindingan.

The DOTC should have set the bid date last April so prospective bidders would have enough time to prepare their documents, said Palacios. 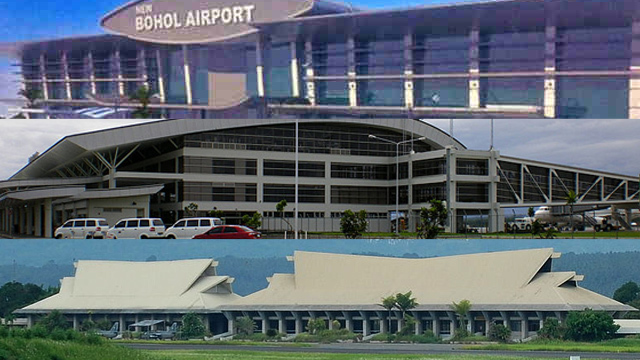 The Department of Public Works and Highways (DPWH) on March 28 was forced to terminate the auction for the P123-billion Laguna Lakeshore Expressway Dike, after all 3 qualified bidders did not submit offers.

For San Miguel Holdings’ Ramon Ang, one of the pre-qualified bidders, the road-dike project was not feasible.

“The government will have to re-examine its assumptions and re-design a mutually beneficial contractual structure best suited for a deal as large and complex as this one, given its potential to create opportunities that will generate the greatest benefit to a lot of people,” Ang had said.

While the deal is attractive for most business groups, they also labeled it as the “most complicated” PPP project to date. (READ: Why same firms are vying for PH infra projects) 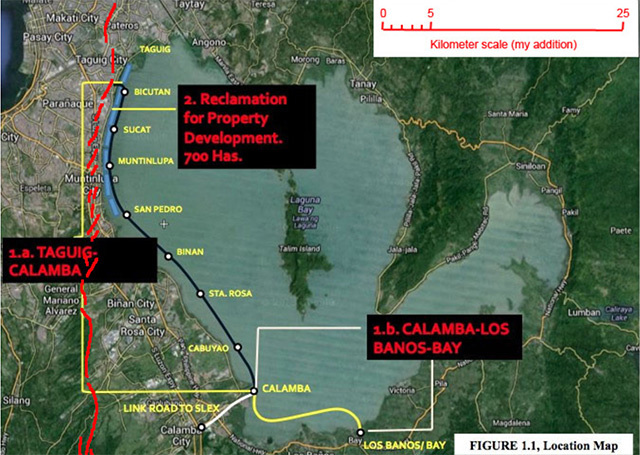 The deal entails a 37-year contract to build a 47-km expressway between Taguig City and Los Baños, Laguna and a 45-km flood-control dike, as well as reclaim around 700 hectares of land in Taguig and Muntinlupa cities adjacent to the road-dike.

“PPP Center will continue to assist DPWH with Laguna Lakeshore PPP,” Palacios said in a text message. “We will go back to the drawing board, and get international consultants to do a new study based on bidders’ comments and other factors.”

“DPWH is keen on the road component, and will decide whether the two other components will be included once the new study is completed,” he added.

The project is seen to provide a “high-standard highway” with a dike that will ease traffic flow and mitigate flooding in western coastal communities along Laguna Lake.

The auction for the P50.18-billion contract to build and maintain a new prison in Fort Magsaysay, Nueva Ecija was postponed anew by the Department of Justice (DOJ) to August 25 – leaving it to the next administration to continue the project.

“Prison PPP bidding was postponed to August, but it is still live,” Palacios said. “I hope the new team will continue where we left off and quickly proceed to bidding.” (READ: Postponing 7 PPP deals means delaying public service – PPP chief) 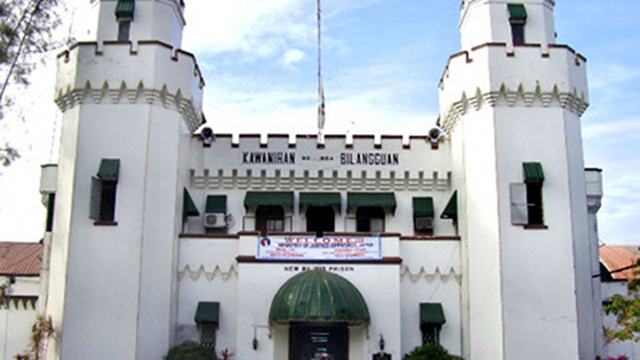 Some of the qualified bidders for the deal are San Miguel Holdings as well as Mega Structure Consortium composed of Megawide, Citicore Megawide Consortium Incorporated, and GMR Infrastructure Singapore Private Limited.

“Feasibility study began in 2013, the project was approved in 2014, procurement began in 2015, and we have 3 bidders ready to bid. The project is long overdue as the present Bilibid prison houses 22,000 inmates when it was designed for only 9,000,” Palacios said.

Under this project, a new prison will be built to “provide adequate living space, facilities, and address the basic needs of inmates incarcerated in existing penal facilities such as the New Bilibid Prison and the Correctional Institution for Women.”

About 21,106 convicts at the New Bilibid Prison in Muntinlupa City and 2,016 inmates at the Correctional Institution for Women in Mandaluyong City will be transferred to the Nueva Ecija facility once construction is completed.

Although most PPP deals encountered roadblocks in the past years, Palacios expressed confidence that the next administration will be able to continue what his office has started.

“They would be reaping the benefits of our early hardship years,” Palacios had said. “I am confident that whoever will take over will see the wisdom of retaining the PPP Center in its present role.”

Incoming finance chief Carlos Dominguez III had said President-elect Rodrigo Duterte would increase infrastructure spending, targeting around 5% of the country’s gross domestic product. He added that the next administration would address bottlenecks in the PPP program. – Rappler.com