Customs collections way off target in May

Jun 21, 2016 8:00 PM PHT
Rappler.com
Facebook Twitter Copy URL
Copied
The Port of Manila falls widest off the mark with a deficit of P2.03 billion while MICP, NAIA, and Batangas Port each have deficits of more than 1 billion 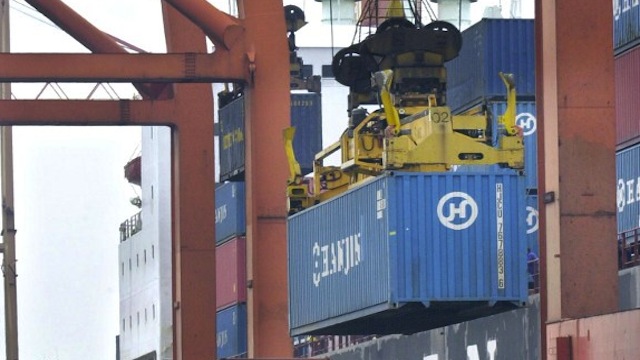 MANILA, Philippines – All of the country’s ports fell short of their marks in May, despite a last-ditch push by the Bureau of Customs (BOC) leadership to make their targets before stepping down.

Collections of import duties and taxes were down throughout the country, with the Port of Manila (POM) falling the widest off the mark with a deficit of P2.03 billion.

Data from the BOC showed that POM generated an actual collection of P5.14 billion, way below its target of P7.17 billion, while the Manila International Container Port (MICP) was short by P1.76 billion from its P11.76-billion target.

Together, these ports accounted for around 85% of the BOC’s monthly revenues.

Subic collected only P1 billion of its P1.54 billion target. San Fernando fell short by P121.6 million from its revenue goal of P236.6 million, while Aparri had a deficit of P39.2 million and Clark, P12.1 million.

The shortfalls continued down south with the Port of Cagayan de Oro collecting P790.9 million against its target of P943.6 million. Davao and Cebu posted deficits of P146.1 billion and P123.3 billion, respectively.

The BOC has scheduled a series of port auctions for later in an effort to meet targets before the new administration takes over at the end of the month.

Faeldon also that he would not consider changing Customs personnel “without justifiable reason.” – Rappler.com