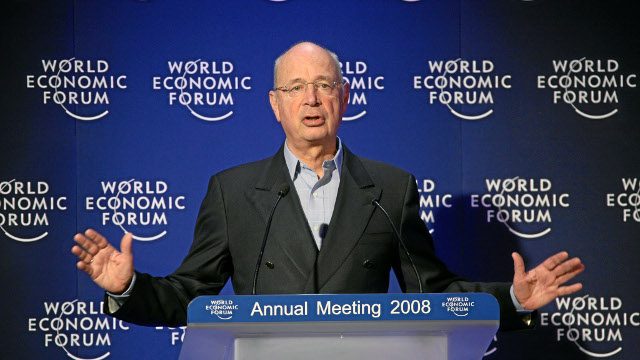 Facebook Twitter Copy URL
Copied
The Philippines is hosting this year's World Economic Forum on East Asia. Here are some facts you need to know about the forum

MANILA, Philippines – The Philippines accepted the offer to host this year the 23rd World Economic Forum (WEF) on East Asia.

The forum will be held on May 21 to 23, and is expected to showcase the growth story of the Philippines, once the “sick man of Asia” and now the fastest-growing economy in the region.

What exactly is the WEF? Here are some facts you need to know about it:

The WEF is an international institution that gathers world leaders in setting various agendas.

The WEF is a non-profit organization that engages leaders from almost all sectors of society (business, politics, academe, etc.) in discussions where members “shape industry agendas and improve the state of the world.”

On its website, the WEF claims it is “committed to improving the state of the world through public-private cooperation.”

Its mission is to “serve and build sustained communities through an integrated concept of high-level meetings, research networks, task forces and digital collaboration.”

To fullfill its mission, it convenes in various annual and regional meetings, and produces a series of research reports on various topics (more details below).

It is based in Switzerland.

The WEF was founded in 1971 by Klaus Scwab, a business professor at the University of Geneva in Switzerland who now serves as WEF Executive Chairman.

Its headquarters are located in Cologny, Geneva, and it has regional offices in Beijing, Tokyo and New York City.

It has held its annual meetings in Davos, also in Switzerland, since 2003.

The WEF was initially called European Management Forum, but was renamed in 1987 “to reflect its expanding scope and transformation from a European to truly global organization.”

It is composed of and funded by private companies.

Membership in the WEF is composed of private companies. It has around 1,000 foundation members, all described as “world’s top corporations, global enterprises usually with more than US$ 5 billion in turnover.”

It also has 320 industry partners that participate in programs for relevant industry sectors, and 100 strategic partners that are involved in the WEF’s activities at all levels (global, regional, and industry).

Despite being funded by corporations, the WEF claims it is not tied to any special interests, and that it has worked in close cooperation with all major international organizations and in campaigns involving several global initiatives.

Among the initiatives the WEF is engaged in are the GAVI Alliance (Global Alliance for Vaccines and Immunization), the Global Fund to Fight AIDS, Tuberculosis and Malaria, the UN-partnered Global Compact, the expansion of the Organization for Economic Co-operation and Development (OECD) and the development of the G20 concept.

It is a multi-stakeholder, global community.

The WEF said it is founded “on a stakeholder theory which asserts that a company is accountable to all parts of society as well as its shareholders, including its employees, civil society, its customers, government
and others who impact its success.”

It actively engages leaders from the business sector (its members), those in the government and civil society to achieve its mission.

As part of its mission, the WEF engages stakeholders in various meetings.

The annual meeting in Davos, which happens every January, gathers “more than 2,500 business, government and civil society leaders from over 90 countries.” The WEF offers “a platform for debate and interaction on controversial issues between the public and scholars, business leaders and policy-makers.”

Apart from the Davos meet, the WEF also convenes annually in 2 other meetings:

These events “focus on determining the critical actions necessary to deal with regional challenges and improve competitiveness.”

It also serves as a think tank.

The WEF also serves as a think tank, which publishes various reports on a wide range of topics. Reports that the WEF publishes include:

In the latest WEF reports, the Philippines has significantly improved its rankings.

In the 2013 Global Competitiveness Index, the Philippines jumped a total of 26 places from 2010.

On the other hand, the country rose 8 notches in the 2014 Global Information Technology Report and the Enabling Trade Index. – with research by Loren Bustos/Rappler.com