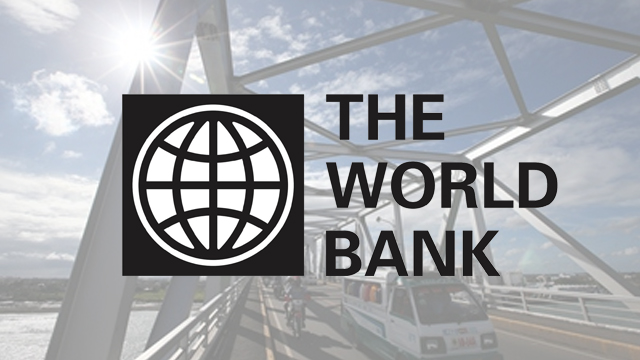 MANILA, Philippines – The World Bank downgraded its growth forecasts for the Philippines for 2014 and 2015, given the slow start of the economy in the first quarter and weak government spending.

In Philippine Economic Update released Thursday, August 7, the Washington-based lender said that it revised its growth outlook for the Philippines to 6.4% from 6.6% for 2014, and to 6.7% from 6.9% next year.

“This projected growth remains one of the fastest in the East Asia region, second only to China among the major economies,” World Bank Country Director Motoo Konishi said.

The World Bank said that the revision reflects the slow start of the economy in the first quarter of 2014 given the effects of Typhoon Yolanda (Haiyan), lower government spending in the second quarter, and monetary policy tightening.

However, the multilateral bank said that recent data trends suggest that higher growth has now begun to translate into significant poverty reduction.

“After many years of slow poverty reduction, poverty incidence declined by 3 percentage points (ppt) from 27.9% in 2012 to 24.9% in 2013, lifting 2.5 million Filipinos out of poverty. And in April this year, the economy created 1.7 million jobs,” World Bank Lead Economist for the Philippines Rogier van den Brink said.

The World Bank group estimates that the country needs to spend an additional 5% of gross domestic product (GDP) on health and education to raise labor productivity and competitiveness of Filipino workers.

This is on top of the government’s planned doubling of infrastructure spending to 5% of GDP.

“Going forward, the Philippines can sustain high growth by accelerating structural reforms and increasing investments in infrastructure and in the health and education of the Filipino people,” Karl Kendrick Chua, World Bank Senior Country Economist for the Philippines, said.

According to the World Bank’s report, strong domestic demand will continue to drive overall growth.

“Private consumption is expected to contribute more than half of Gross Domestic Products (GDP) growth, supported by strong inflow of remittances,” the report said.

“Ongoing and recently awarded public-private partnership projects equivalent to around 1.5% of GDP are also new sources of growth. Finally, an acceleration of reconstruction spending can support growth at above 6%,” it added.

The World Bank said that several external and domestic factors could pose risks to growth.

“External risks could come from disorderly policy normalization in high-income countries, a disorderly adjustment in China’s property market, political tensions in the Middle East and Eastern Europe, and territorial disputes with China,” the report said.

“On the domestic side, the main sources of risk are slow reconstruction spending and domestic reform lags, in particular reforms to raise tax revenues needed to raise infrastructure and social services spending,” it added. – Rappler.com