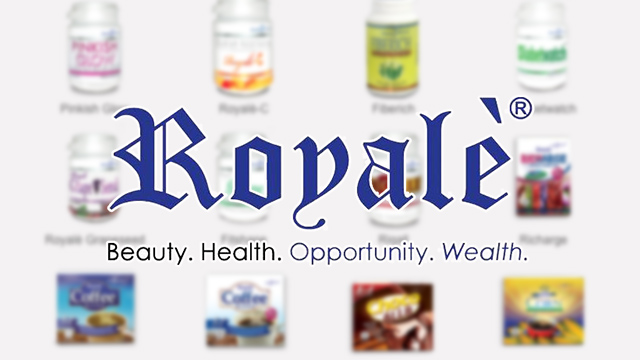 Royale is a domestic corporation that markets and distributes food supplements, cosmetics, pharmaceutical products, and beverages.

The BIR said the company underdeclared its annual income tax returns (ITR) and quarterly value added tax (VAT) from 2011 to 2013, as defined under sections 254 and 255 of the National Internal Revenue Code of 1997 as amended (tax code).

The case against Royale, together with its responsible corporate officers and employees, is the 340th filed under the Run After Tax Evaders (RATE) program of the BIR under Commissioner Kim S. Jacinto-Henares. It is likewise a RATE case of the National Investigation Division.

Royale practices direct-selling strategy in which the sales force is compensated for the sales people they recruit on top of generating sales.

While exactly not illegal as most MLM firms are registered with the Securities and Exchange Commission and the Direct Selling Association of the Philippines, some of them though have been found to be engaged in pyramiding scheme. Pyramiding scheme does not  involve an actual product to sell, but rather subsisting on a business model that requires enrolling people in the scheme.  – Rappler.com