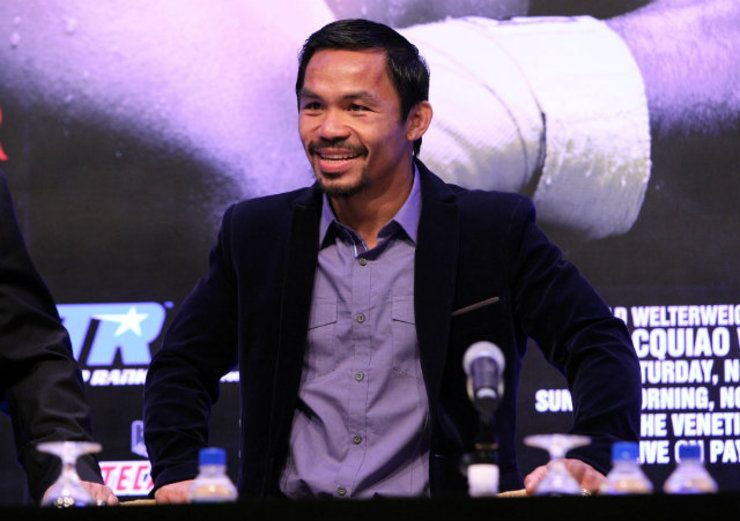 Facebook Twitter Copy URL
Copied
(UPDATED) Of 12 known Filipino billionaires this year, only one is in the top 10 of 2013 taxpayers – Andrew Tan of Alliance Global

MANILA, Philippines (UPDATED) – Boxing great Manny Pacquiao is No. 1 on the list of the Bureau of Internal Revenue (BIR).

That’s as far as its list of top individual tax payments for 2013 goes. The BIR list covers only regular income tax payments made as of November 24, 2014.

The boxing champ, the only individual who broke the P100-million mark on the list, paid a total of P163.84 million ($3.6 million) in regular income taxes.

Pacquiao, who is currently facing a tax charge from the BIR, is set for a major payday in May this year when he faces rival Floyd Mayweather Jr. Interest in the bout has soared, leading Senator Aquino Pimentel III to announce that he would pass a bill granting Pacquiao a tax exemption for the fight.

Tax commissioner Kim Henares was keen to point out that his standing as top tax payer won’t affect the case against him.
“It (the case) is still ongoing. No, he has not settled. Being a top tax-payer… does not mean he paid the correct taxes. The two (issues) are not synonymous,” Henares said.

Both firms are led by Manny V. Pangilinan, who placed 27th on the individual taxpayers’ list, paying P31.6 million ($705,000). – with a report from Agence France-Presse/Rappler.com