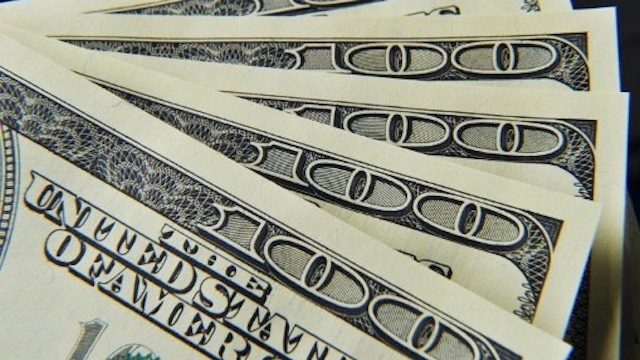 Biswas said that the total GDP of the Philippines is predicted to rise from $310 billion in 2015 to $500 billion by 2020, buoyed by the rapid growth of the information technology-business process outsourcing (IT-BPO) industry and remittances.

“These significant increases in per capita GDP will create one of ASEAN’s largest consumer markets of the future, as the middle-class rapidly expands over time. This will help to attract foreign direct investment (FDI) by multinationals into the Philippines manufacturing and services industry,” Biswas said.

The Philippines economy has the capacity for robust long-term economic growth to average around 5.5% per year over the 2016 to 2020 time horizon, Biswas added.

The rapidly growing IT-BPO sector and the strong flow of remittances from Filipino workers abroad will continue to buoy the Philippine economy.

The export revenue from the IT-BPO sector has more than doubled between 2008 and 2014, reaching an estimated $13.3 billion.

The large pool of university-educated workers, as well as the strong English-language skills of the workforce in the country continue to boost the IT-BPO sector.

The Philippines’ export revenue from the IT-BPO sector between 2008 and 2014 reached an estimated $18 billion in revenues by 2014, with the total number of employees in the IT-BPO industry exceeding 1 million.

By 2016, the Philippines IT-BPO industry is projected to have 1.3 million employees. Biswas said the rapid growth of this industry is also driving economic development in a number of cities across the Philippines, with Manila and Cebu now ranked among the world’s leading IT-BPO hubs.

Also, the gross value of construction grew by an estimated 10% in 2014, with continued rapid growth forecast for 2015.

“The rapid growth of the IT-BPO industry is also creating positive transmission effects for the rest of the economy, including for the commercial property sector, with rapid growth in demand for commercial floor space, underpinning the development of existing and new office parks in urban centers,” Biswas said.

Overseas Filipinos’ remittances are a key driver of GDP growth in the Philippines, as they support consumer expenditure and also residential housing construction, Biswas said.

Remittances from overseas Filipino workers rose to $26.9 billion in 2014, up 6.2% from 2013, providing a key source of strength for the Philippines’ balance of payments.

About 35% of annual worker remittances are flowing into new residential property purchases, which has created robust expansion in the residential construction sector in major Philippine cities in recent years, The momentum expected to remain strong from 2015 to 2016,  Biswas noted.

Biswas said that the long-term outlook for the future development of the Philippines will be heavily dependent on its ability to make the manufacturing sector more competitive.

He added that mobilizing both foreign and domestic investment flows into the manufacturing sector is also key, but would require a considerable improvement of the business climate. The Philippines is still ranked very low globally in the World Bank’s Ease of Doing Business rankings, placing 95th for the year.

“While the Aquino administration made efforts to improve this ranking, there is still a great deal of work to do to improve the overall competitiveness of the Philippines to attract large inflows of FDI,” Biswas said.

He acknowledged though that the Philippines made tremendous progress during 2014, with FDI investment surging by 66% to $6.2 billion.

Attracting greater FDI into the manufacturing sector to boost employment growth and make the country a competitive ASEAN manufacturing export hub should be a key priority, Biswas said.

He also cited infrastructure investment to create high quality transport infrastructure for roads, ports, and airports, as well as for power generation and transmission, which are essential for boosting growth in manufacturing and services.

“Tackling urban crime must also be another key priority, in order to make the Philippines a more attractive environment for foreign investment and tourism,” Biswas said.

Poverty and unemployment should also be addressed, with about 28% of the population still living in poverty, based on government data. Unemployed or underemployed workers exceeds 10 million.

“Therefore, creating a diversified economy with key growth industries that can generate rapid jobs growth will be a key strategic imperative for the government,” Biswas said.

Overall, Biswas said that sustained rapid growth will require continued economic reforms to improve the business climate of the Philippines, making it more attractive to channel FDI into sectors such as manufacturing and tourism. – Rappler.com