Aquino: The Philippines is now the ‘Darling of Asia’ Facebook Twitter Copy URL
Copied
President Benigno Aquino III apprises Filipinos in Chicago on his administration's efforts to grow the economy and fight corruption. He also tells them why the next Philippine president should continue his reforms.

MANILA, Philippines – President Benigno Aquino III said on Wednesday, May 6, that the Philippines has been transformed from an economic laggard in the region into the “Darling of Asia” under his watch.

Aquino made the statement in a meeting with members of the Filipino community at the J.W. Marriott Hotel in Chicago, where he conducted a day-long working visit – his first as Chief Executive.

The President apprised the audience on what his administration has achieved in its anti-corruption drive, poverty alleviation campaign, bid for inclusive growth, and what it intends to do until it relinquishes power to the new administration on June 30, 2016.

“Our guiding principle: Good governance equals good economics, equals good quality inclusive growth. So in terms of the economy, let us forget the [Philippines’ old] label as the ‘Sick Man of Asia.’ We are now regarded by other countries as the ‘Darling of Asia,'” he said.

Aquino cited the country’s investment grade status, its 33-notch improvement in the Global Competitiveness Report of the World Economic Forum, rising 49 spots in its ranking in the Ease of Doing Business Report of the World Bank, and the Bloomberg forecast that the Philippines will become the world’s second fastest growing economy this year.

Aquino also cited the average Philippine gross domestic product (GDP) growth of 6.3% from 2010 to 2014 – the fastest growth experienced by the country in the last 40 years.

He said the improved Philippine economy brought down the national unemployment rate to its lowest in October 2014.  In terms of investments, Aquino said foreign investments shot up to $6.2 billion in 2014 from $1.07 billion in 2010 – a 479% increase. 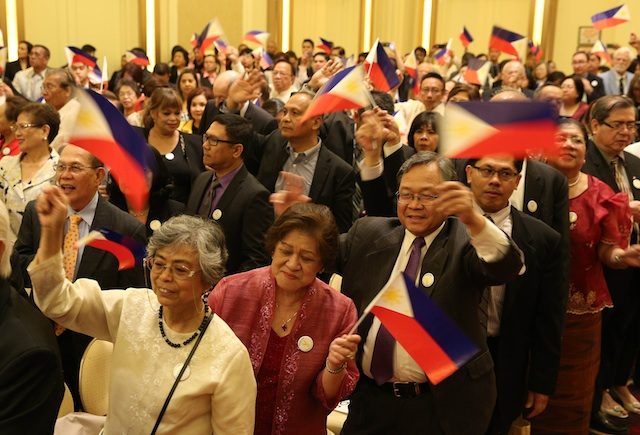 Aquino said greater transparency in government transactions saved the Department of Public Works and Highways P39 billion, and raised the ranking of the Philippines to 85th place – from 130th place in 2010 – in the Transparency International Corruption Index.

He added that the so-called “untouchables” are behind bars, apparently referring to Senators Juan Ponce Enrile, Jinggoy Estrada, and Ramon Revilla Jr, detained at the Philippine National Police headquarters in Camp Crame over plunder and graft charges in connection with the pork barrel scam.

“This is just a preview of the reforms that we are now experiencing,” Aquino said, then added a line he had told businessmen in a previous forum. “You ain’t seen nothing yet.”

Aquino also reiterated the importance of the 2016 elections, which would produce the next leaders of the country, including his successor.

He reiterated his belief that Filipino voters would choose wisely, and would not be fooled by any candidate who would revert the Philippines to the “old system” marked by corruption. (READ: Aquino: Filipinos won’t fall for two-faced candidates)

(Filipinos can never be fooled by lies. We will not surrender the gains that we are enjoying, and go back to where we came from….Our goal: Not to revert to a rotten system, and instead let the transformation of the country continue.”

From Chicago, Aquino would proceed to Canada for a state visit. He is due to return to Manila on May 10. – Rappler.com