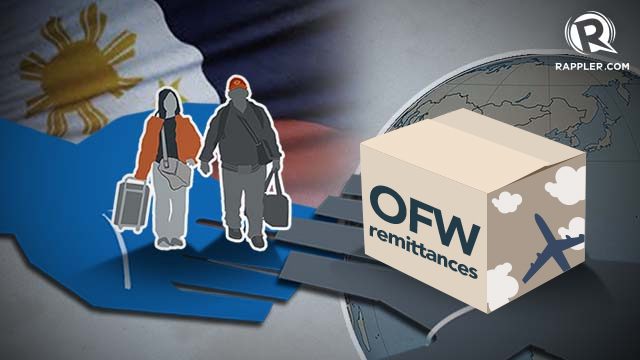 The remittances level in March also rebounded from below expected results in January and February at P88.36 billion ($1.99 billion) and P88.8 billion ($2 billion), respectively.

Tetangco said growth in cumulative remittances for the first quarter of the year accelerated to 5.1% from 2.1% in the first two months of the year.

This brought the cumulative remittances level to P284.16 billion ($6.4 billion).

Preliminary data from the Philippine Overseas Employment Administration (POEA) indicated that approved job orders reached 243,045 for the first quarter of the year, of which 31.2% were intended mainly for service, production, and professional, technical and related workers in Saudi Arabia, Kuwait, Taiwan, Qatar, and the United Arab Emirates.

Likewise, the POEA reported that a total of 519,029 contracts were processed for last quarter.

“Similarly, the initiatives of banks and non-bank remittance service providers to expand their international and domestic market coverage through tie-ups abroad as well as the introduction of innovations in their remittance products continued to provide support to the steady flow of remittances,” the BSP said.

As of end-March this year, commercial banks’ established tie-ups, remittance centers, correspondent banks and branches/representative offices abroad reached 4,840 from 4,771 in the comparable period in 2014. – Rappler.com