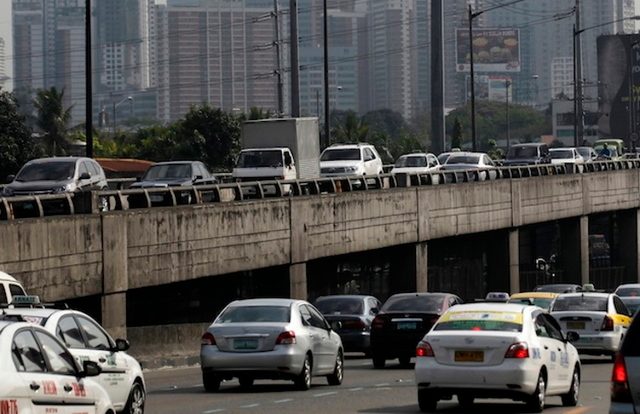 Facebook Twitter Copy URL
Copied
The Aquino administration continues to underspend as the deficit in the previous quarter stands at P33.5B versus the P98.1B target for the period

MANILA, Philippines – The Aquino administration continued to underspend in the first quarter, that the budget deficit of the national government for the period fell below target by 66%.

Underspending has been cited as a factor that dragged the Philippine economy’s growth in recent years. The government will announce the first quarter economic performance on Thursday, May 28.

To address underspending in 2014, the government earlier said it would increase infrastructure investments by 4% of the projected gross domestic product (GDP) in 2015. The early enactment of the 2015 General Appropriations Act (GAA) is seen to fuel this year’s public spending through infrastructure programs.

Budget Secretary Florencio Abad also earlier said that government expenditure is “on the right track” for 2015.

The Department of Budget and Management (DBM) has yet to release a statement on the previous quarter’s lower than programmed expenditures.

The budget deficit for the previous quarter is also significantly less than the P84.1 billion ($1.89 billion) shortfall recorded for the same period in 2014 as revenue collection outpaced expenditure growth.

Interest payments, which comprise 20% of the total expenditures for the quarter, have gone down by 2% or P2.5 billion ($56.06 million) year-on-year.

“Despite lower oil prices, BOC collections still managed to continue growing. The key is always to look at the overall trend lines – and for the recent years they have kept moving on up,” Finance Secretary Cesar Purisima said.

Meanwhile, income from the Bureau of the Treasury amounted to P37.87 billion ($849.40 million), more than double the P16.7 billion ($374.23 million) target for the period, an 81% increase from a year ago, due to higher interest income from deposits and bond holdings as well as dividend collections. – Rappler.com