Jun 12, 2015 1:36 PM PHT
Chrisee Dela Paz
Facebook Twitter Copy URL
Copied
Filipinos, however, expect to save and spend more in the second quarter than the first 3 months of the year, the BSP says 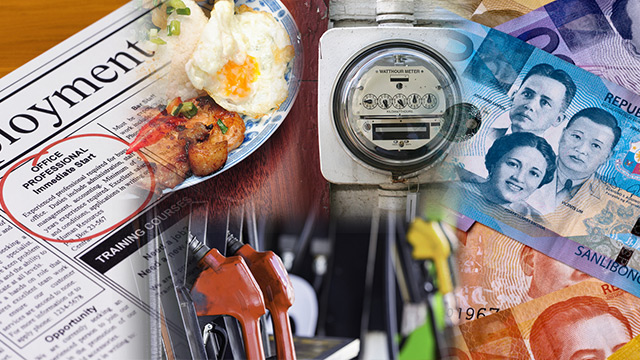 MANILA, Philippines – A higher unemployment rate, anticipated increase in commodity prices, and perceived corruption in the government are the reasons why Filipino consumers have become more pessimistic about prospects for the second quarter compared to the first 3 months of 2015.

The Bangko Sentral ng Pilipinas (BSP) said in its second-quarter Consumer Expectations Survey on Thursday, June 11, that the number of pessimists further increased as they continue to outnumber optimists.

The survey results revealed 3 top reasons of respondents for the more negative outlook.

These are anticipated higher prices of commodities due to increased domestic oil prices; power rate hike and higher tuition and fees; expected increase in the number of unemployed persons as new graduates enter the labor force; and perceived graft and corruption in the government, said BSP’s Department of Economic Statistic Director Rosabel Guerrero.

“Respondents also cited their concerns on the peace and order situation in the country following the death of 44 members of the Special Action Force and the political issues behind it; occurrence of calamities such as fire, typhoons, and floods, as well as the impact of the El Niño dry spell on agricultural output as reasons behind their weaker outlook,” BSP said.

The Filipino consumers’ more bearish outlook this quarter mirrored the sentiment of those in China, Indonesia, Thailand, Japan, and the United States, the central bank said in a separate statement.

The outlook of Filipino consumers is expected to further deteriorate in the third quarter and next 12 months. 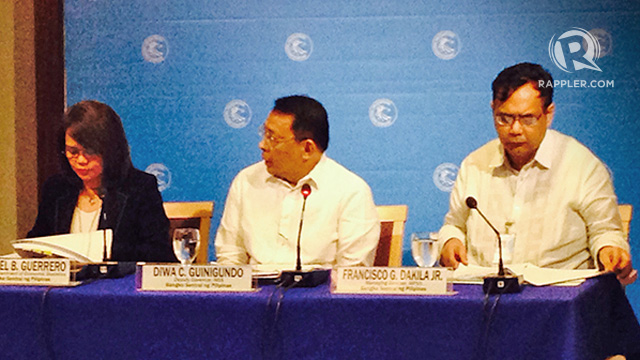 Although Filipino consumers turned out to be more pessimistic this quarter, the same survey showed that the number of households that expect to have  savings reached an all-time high of 33.9% as all income groups posted an increase.

More consumers  expect to save money for emergencies, education, health and hospitalization, retirement, and business capital and investment, the survey showed.é

The spending outlook of Filipino households also increased to 32.3% from 30% last quarter, as most of them expect to spend more on goods and services compared to those who said otherwise.

The respondents said that they will spend mostly on big-ticket items such as real estate, consumer durables, and motor vehicles, with the spending outlook rising to an all-time high of 30.3% from 28.4% in the first 3 months of 2015.

The s pendinoutlookg across all commodity groups went up, except for electricity, and personal care and effects.

Biggest increases were observed for fuel, transportation, education, and restaurant and cafés, the survey results showed.

“The correlation of consumers’ buying behavior and consumption component of GDP (gross domestic product) shows that economic growth could be better in the second quarter than the previous quarter,” BSP Deputy Governor Diwa Guinigundo said in a briefing.

Respondents said in the report that they expect inflation to register at 3.7% this year, lower than its 3.8% estimate during the first quarter.

Such expectation falls within the BSP’s inflation target of 2% to 4% for the year. – Rappler.com