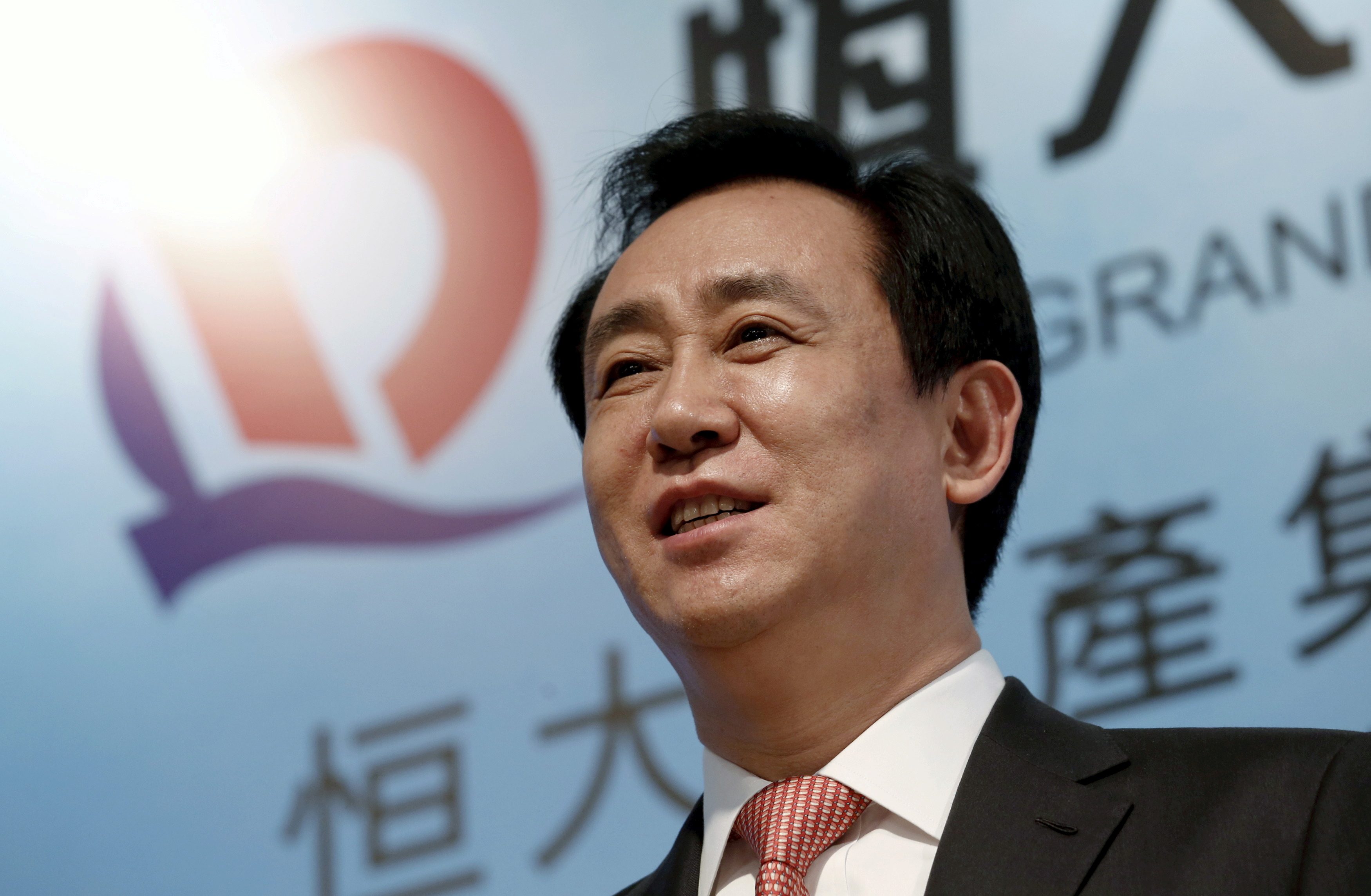 Mingling with power brokers at celebrations to mark the centenary of the Chinese Communist Party on July 1, a beaming Hui Ka Yan showed no signs that his company, China Evergrande, was facing mounting pressure with debt repayments.

Hui, wearing a navy-blue suit and open-neck shirt, looked relaxed as he stood on a podium overlooking the festivities in Tiananmen Square, an invitation many considered a show of support for the billionaire businessman.

A month earlier, the Evergrande group chairman had hosted a rare meeting with more than 1,000 suppliers and was once again flanked by the business elite as he spoke of his deleveraging goals.

Evergrande missed a deadline this week to make an interest payment on a dollar bond, moving closer to a potential default.

Beijing’s tightening of the rules around debt and speculation in the property sector have tipped Evergrande into a liquidity crisis and with liabilities equivalent to around 1.97 trillion yuan ($302 billion) – roughly the size of Finland’s gross domestic product – markets are on tenterhooks about contagion risk.

Evergrande and Hui did not respond to requests for comment.

In a September letter, Hui expressed appreciation for the hard work of employees and said Evergrande will deliver property projects as pledged, and fulfill responsibilities to property buyers, investors, partners, and financial institutions.

He has not made any public appearance since the party centenary on July 1, although recent photos on the company website show him in various internal meetings, vowing to deliver homes to buyers and repay people who invested in the group’s wealth management products.

The 62-year-old former steel technician, raised by his grandmother in a rural village in central Henan province, founded Evergrande in 1996 in southern Guangzhou city and built his fortune on the back of low-priced homes.

Under Hui, the property developer expanded aggressively by raising loans to support its land buying sprees and selling homes at lower margins for quick turnover. Evergrande grew to 700 billion yuan ($108 billion) in annual sales by 2020.

Hui keeps a low public profile and is a workaholic, who at times demands that others follow his work style, three employees told Reuters.

He also set ambitious targets. When questioned by investors and reporters in the past decade about his highly leveraged projects, Hui said that Evergrande’s high turnover and asset value were sufficient to cover its debts.

Hui did not shy away from new ventures, especially in support of China’s larger goals. He dabbled in electric cars and soccer, both a passion of Chinese President Xi Jinping.

With them, he became a core member of the “poker club,” a tight-knit circle of tycoons who played cards and who often did investment deals together, according to three people familiar with the club.

“He was very composed when he was first brought to the club; he knowingly lost a lot of money in the games and gained the fondness of Cheng,” one of the people briefed by the tycoons said.

Cheng injected $150 million into Evergrande a year before its 2009 initial public offering in Hong Kong, helping it through a crunch during the financial crisis following aggressive expansion, according to Evergrande’s listing prospectus.

Chinese Estates has disclosed investments over the years amounting to billions of dollars in the shares and bonds of Evergrande – the largest issuer of dollar junk bonds in Asia. Chinese Estates did not respond to a request for comment.

Hui’s highly leveraged businesses are worrying regulators who have warned Evergrande to get its house in order.

“He’s done everything correct politically but he has also raised so much debt – in an industry the government has warned against excessive borrowing and overspeculation,” said an analyst who declined to be identified as they are not authorized to speak to media.

Speaking at the 2018 China Charity Awards as a winner for the eighth consecutive year, Hui said Evergrande had paid tax totaling 185 billion yuan in the past 22 years and donated more than 10 billion yuan.

“Without the country’s good policy to reform and open up, Evergrande would not have what it has today. Therefore, everything that Evergrande and I have, they are all given by the Party, by the country, and by society.” – Rappler.com