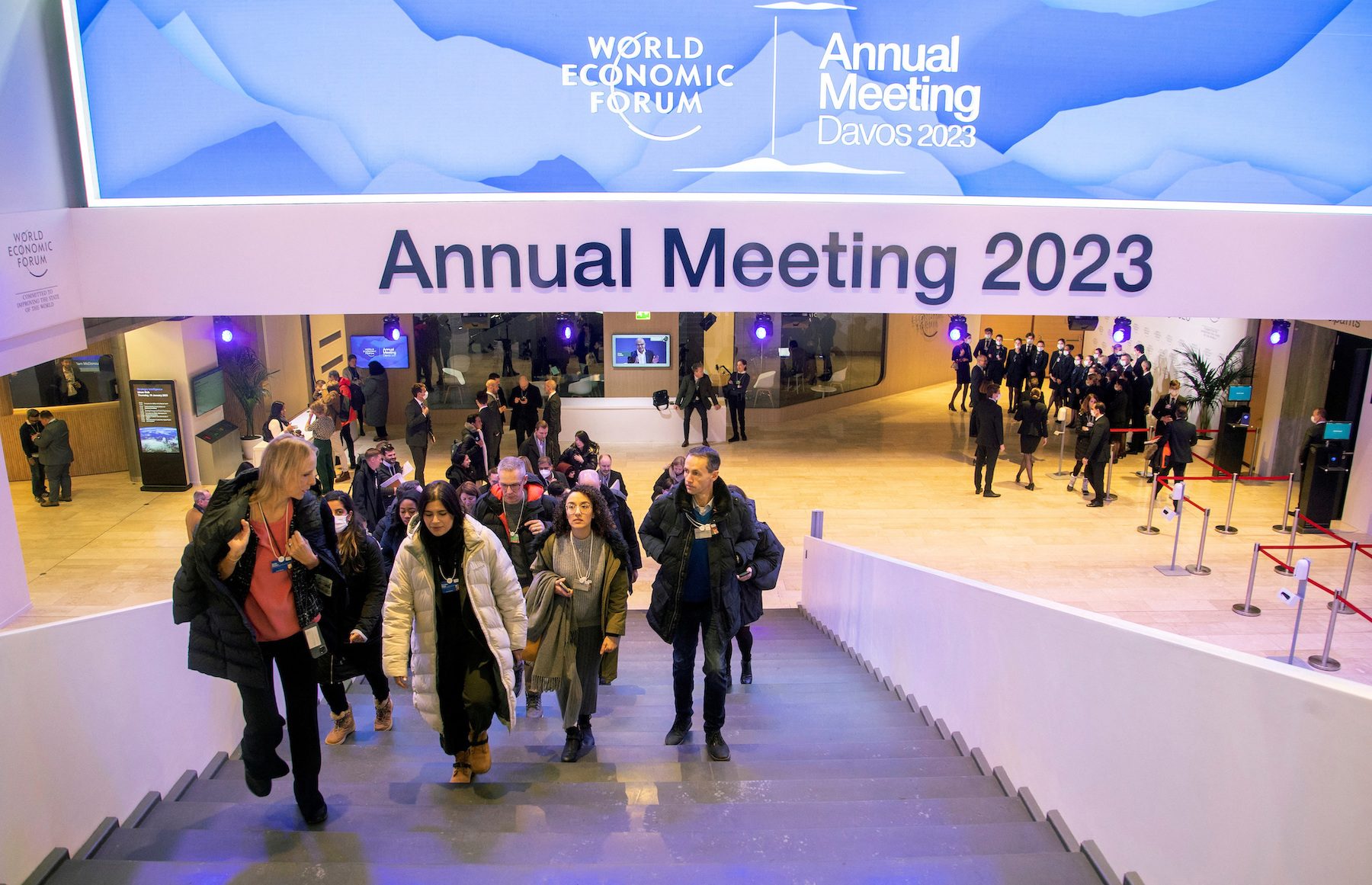 WEF. Participants of the World Economic Forum 2023 are seen in a hall at Davos Congress Centre, in the Alpine resort of Davos, Switzerland, January 16, 2023.

DAVOS, Switzerland – The World Economic Forum (WEF) returns to its snowy winter residency in the Swiss Alps this week with a record attendance of business and government leaders.

Here’s the lowdown on Davos.

What happens at the WEF?

The WEF’s roots stretch back to 1971 when its founder Klaus Schwab invited executives from European companies to the then tiny ski resort of Davos, high in the Swiss Alps.

Schwab’s goal was to create a forum for policymakers and top corporate executives to address major global issues and learn best practices for leadership and management.

Delegates, some with sought-after white badges which give greater access, attend panels and speeches inside the Congress Centre from Tuesday, January 17, through to Friday, January 20.

Much of the action, however, occurs outside. Bilateral meetings between heads of state and corporate chieftains take up much of their schedules.

On the main promenade of Davos, shop fronts and restaurants are taken over by companies and nations, becoming venues for parties and discussion panels that attract attendees and media.

The most exclusive gatherings often occur well off the main drag at dinner parties, fireside chats, and cocktail receptions.

Who is attending Davos?

More than 600 chief executive officers will be in town, including Wall Street executives such as JP Morgan’s Jamie Dimon, David Solomon from Goldman Sachs, and Morgan Stanley’s James Gorman.

With climate change top of the agenda, chiefs of major energy companies are back after a COVID-related hiatus.

Germany’s Chancellor Olaf Scholz, the presidents of Spain, South Korea, Poland, and the Philippines are among 51 heads of state present. Another 56 finance ministers, 19 central bank governors, 30 trade ministers, and 35 foreign ministers are also due to make the journey up into the mountains.

The Russians are absent, but Ukraine, which dominated last year’s summit, has another high-level delegation and several war-related sessions are on the agenda.

World Health Organization chief Tedros Adhanom Ghebreyesus and central bankers such as India’s Raghuram Rajan are also on the list.

Unclear is whether climate activist Greta Thunberg will return to the slopes. 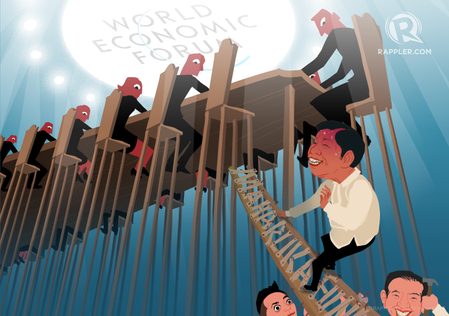 What is on the agenda?

This year’s theme, “Cooperation in a Fragmented World,” is a nod to the tectonic shift in global markets and political relationships that has occurred since the pandemic.

The annual event was once regarded as a cheerleader for globalization. Now, the global elite will meet against a backdrop of protectionism, a war that has strained political alliances, and deepening ideological divides.

Rising interest rates and a cost-of-living crisis also threaten to divert attention to matters back home for some.

Climate change topped the WEF’s survey of global risk and energy company executives will mix with climate activists and environment ministers at the forum.

Other themes will include the cost of living, a tight labor market, natural disasters, and extreme weather events, how to prevent a global recession in 2023, the resurgence of COVID-19 infections in many countries, an energy crunch, and the looming first anniversary of Russia’s war in Ukraine.

The WEF is not without its detractors. In recent years, it has been criticized by activists and commentators as a talking shop for the jetset that just adds to global carbon emissions. – Rappler.com