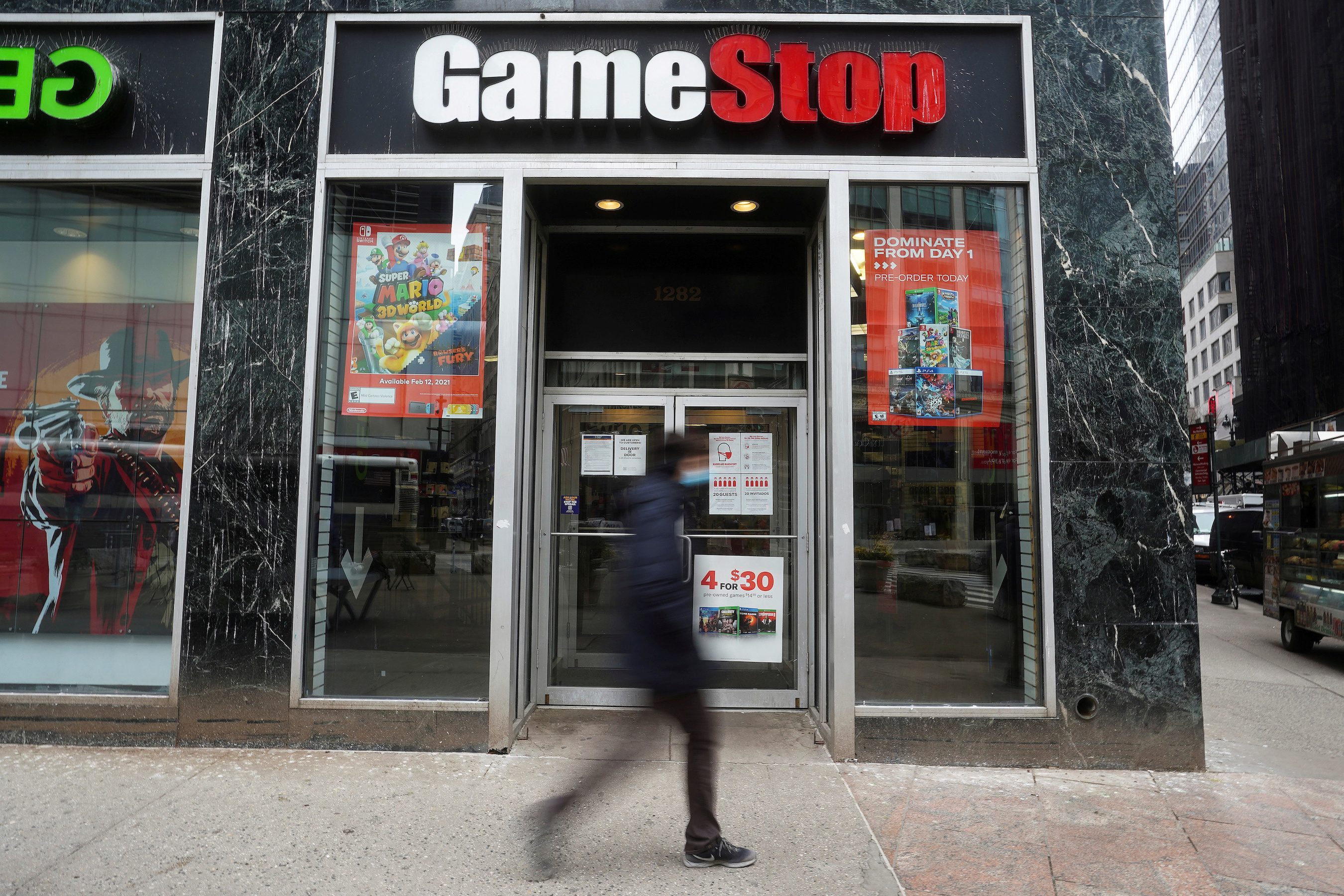 GAMESTOP. A GameStop store is pictured in the Manhattan borough of New York City, January 27, 2021.

Facebook Twitter Copy URL
Copied
(UPDATED) Keith Patrick Gill is the person behind the Roaring Kitty YouTube streams which, along with a string of posts by Reddit user DeepF***ingValue, helped attract a flood of retail cash into GameStop

A YouTube streamer who helped drive a surge in the shares of GameStop Corporation is a 34-year-old financial advisor from Massachusetts and until recently worked for insurance giant MassMutual, public records and social media posts show.

Keith Patrick Gill is the person behind the Roaring Kitty YouTube streams which, along with a string of posts by Reddit user DeepF***ingValue, helped attract a flood of retail cash into GameStop, burning hedge funds who had bet against the company and roiling the broader market.

In his social media messages and videos, Gill repeatedly made the bull case for the beleaguered bricks-and-mortar retailer and shared images of his trading account profit on the stock, sparking a following of likeminded GameStop enthusiasts.

The saga has drawn the scrutiny of congressional lawmakers, the White House, the Securities and Exchange Commission (SEC), and is being probed by the New York Attorney General.

Gill did not respond to multiple calls and messages from Reuters seeking comment. In an interview with the Wall Street Journal published Friday, January 29, Gill said that he had never expected his GME position would spark a popular movement and was just a normal guy.

“I’m not out for anybody,” Gill told the WSJ. “Roaring Kitty was an educational channel where I was showcasing my investment philosophy.”

MassMutual said in a statement on Thursday that Gill was no longer working for the company. It did not immediately respond to other questions posed by Reuters.

Calls and an email to GameStop were not answered. The company has so far not commented on the episode.

A married father, according to his YouTube videos, Gill is a Chartered Financial Analyst who had until recently created content for “In Good Company,” an initiative by MassMutual to “explore different ways to make financial education more accessible,” its website says.

Before joining MassMutual in 2019, Gill, an accounting major, dabbled in a number of ventures focused around stock picking and investment analysis, according to public records.

Through frequent posts on Reddit’s WallStreetBets thread, Gill became the Pied Piper of GameStop, sharing screenshots of his portfolio which appeared to inspire thousands of amateur retail investors to follow him into the ailing retailer too.

He began sharing his bets with the group in September 2019, posting a portfolio screenshot indicating he had invested $53,000 in the company and had already netted a $46,000 profit. Reuters was unable to confirm this.

In YouTube videos, he expanded upon his investment thesis, arguing the company was undervalued, and was well-positioned to rapidly grow its fledgling online business.

“It appeared many folks just weren’t digging in deeper. It was a gross misclassification of the opportunity,” he told the WSJ.

By Wednesday, January 27, Gill was up over 4000% on stock and options investments in the company, with his GME position plus cash worth nearly $48 million, according to his Reddit posts. Reuters could not independently verify his profits.

As trading in the shares reached fever pitch this week, his portfolio updates appeared to encourage other investors to stay in the stock.

“Your steady hand convinced many of us to not only buy, but hold. Your example literally changed the lives of thousands of ordinary normal people,” wrote one user on Wednesday.

Some lawyers have said the unusual role Gill and other Reddit users played in talking up GME could draw regulatory scrutiny. But they stressed that it is not clear whether he had done anything wrong. Gill told the WSJ he had not been contacted by the SEC.

“Ultimately the issue is going to be whether people were putting out materially false or misleading information for the purpose of inducing others to buy stock,” said Jacob Frenkel, securities enforcement practice chair for law firm Dickinson Wright and a former SEC enforcement attorney.

Some said that if Gill simply invested in and advocated for his position because he believed in the company, that he had nothing to fear.

“If he is what he says he is, he’s not breaking the law,” said Scott Silver, a securities lawyer and managing partner of Silver Law Group. “There’s absolutely nothing wrong to tell others to buy a stock if it’s honest and in good faith.”

The SEC, which oversees the stock market, said on Friday it is monitoring the situation, but did not respond to a request for comment regarding Gill.

After online brokerages restricted trading in GME on Thursday, Gill posted that he had lost $14.8 million that day alone, but was still up $33 million overall.

That post was met with thousands of replies, with many simply repeating: “IF HE’S STILL IN, I’M STILL IN.” – Rappler.com