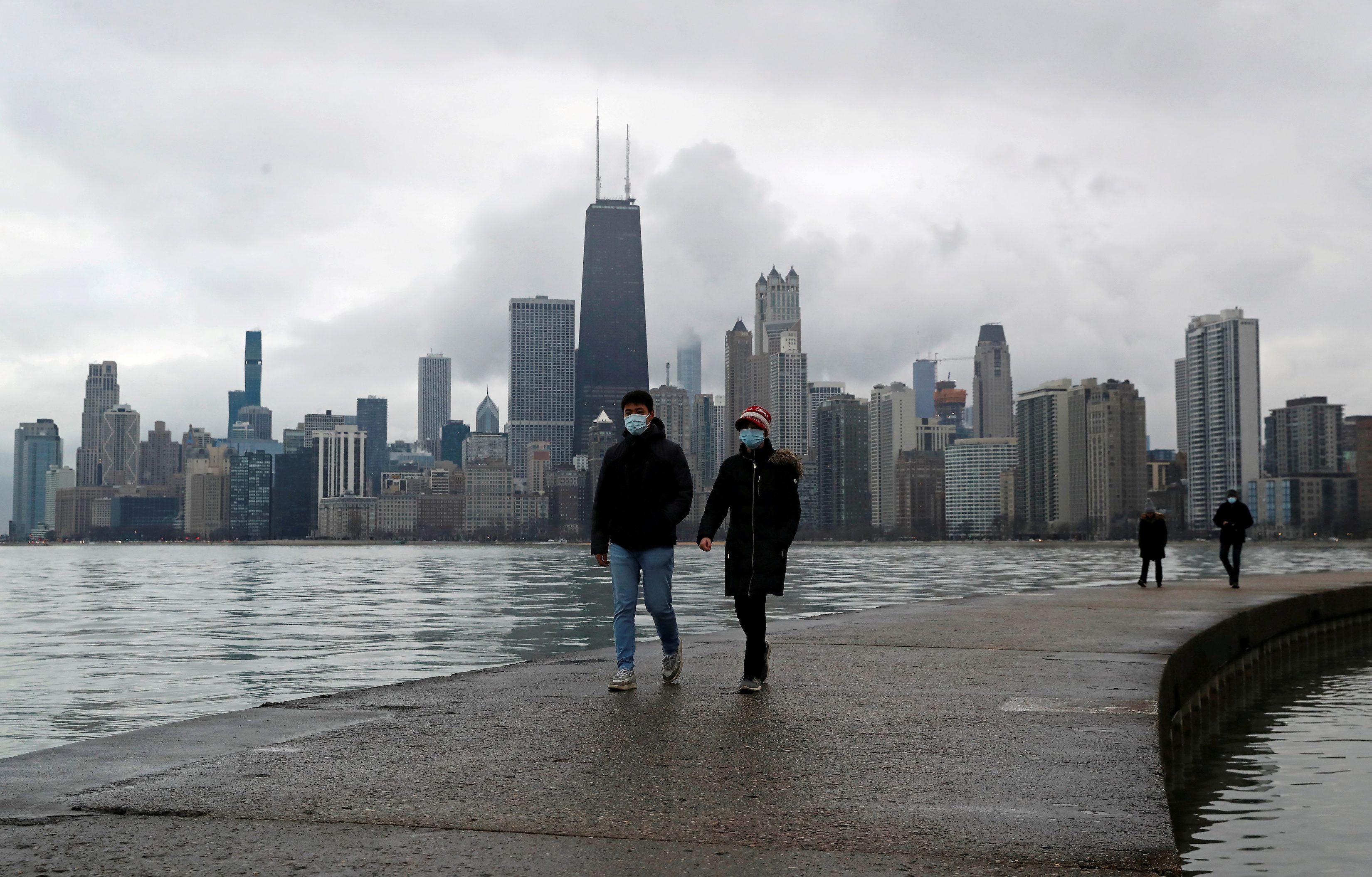 PANDEMIC. People wearing protective face masks walk as the global outbreak of the coronavirus continues, along the shores of Lake Michigan in Chicago, Illinois, December 6, 2020.

Facebook Twitter Copy URL
Copied
It is too early to know how many people will file claims for death, long-term illness, or disability as a result of the COVID-19 pandemic, but insurers worry the consequences could last for decades

Life insurers, including Prudential Financial Incorporated, and Aviva PLC, are now imposing waiting periods before COVID-19 patients, including those who have recovered, can apply for coverage, executives and spokespeople said. Some are also limiting coverage for certain age groups.

These changes come as some reinsurers demand new safeguards from life insurers they backstop, and as the industry struggles to ascertain the extent of problems caused by the novel coronavirus.

COVID-19 has killed over 2.1 million people globally and infected nearly 100 million, according to a Reuters tally.

Some victims suffer long-term consequences including severe respiratory problems, organ damage, circulatory impairment, and chronic fatigue. Three weeks after recovery, 10% of COVID-19 patients are still unwell and up to 5% feel sick for months, according to scientists at King’s College London.

The pandemic has also caused a mental-health crisis for those who could not say goodbye to loved ones or have been isolated for months, while exacerbating substance-abuse issues for others.

It is too early to know how many people will file claims for death, long-term illness, or disability as a result, but insurers worry the consequences could last for decades.

“We have attempted as a company to strategize about modeling this and have made some headway but are far from the crystal ball that is able to predict this,” said Dr Paulo Bandeira Pinho, chief medical director of Optimum Re Insurance Co.

Optimum has met with life-insurer customers, including Prudential Financial, to map out long-term risks and possible financial impacts.

“Ultimately, many of the long-term implications of the pandemic are still unknown,” said Prudential’s vice president of operations Keith Bexell. “As the long-tail effects become better understood, our approach to underwriting may adjust as necessary.”

Since April, British life insurer LV= has postponed applications from anyone who was diagnosed with COVID-19, experienced symptoms, or lived with someone who got sick, according to an underwriting policy on its website.

Aviva PLC also imposes a “short” delay for those who had COVID-19 or similar symptoms during the past 30 days, a spokesperson said.

Life insurers are in the business of hedging risks decades in advance. Since the start of the pandemic, the industry has said it would probably not cause major financial damage, partly because they were not seeing a swell of claims.

Global data are not available for 2020. In the United States, 8% of reported group life insurance claims from April to August attributed the cause of death to COVID-19, according to the US Society of Actuaries.

Companies told Reuters the impact so far has been minimal – with LV= seeing COVID-19 affect just 2% of applications and Aviva still covering more than 9 in 10 customers – but they are taking precautionary steps anyway because of long-term risks.

Apart from those who had the disease, Optimum Re’s Pinho worries about a “wave of widows and widowers, children and parents” with shortened life spans.

Plus, the pandemic reduced preventative health screenings, causing another set of risks, said Chris Behling, SwissRe’s head of life and health underwriting for the Americas.

However, it is not all doom and gloom. Insurers expect vaccines to dramatically improve assumptions.

Some also pointed to better mortality statistics in countries that imposed tight restrictions on travel and socializing, as well as a study from Britain’s Institute and Faculty of Actuaries that suggested surviving populations may have a higher life expectancy.

And, if insurers become too stingy with coverage, they may lose valuable customers.

For instance, LV= is excluding mental-health issues from some policies that cover critical illness and income protection for up to 12 months, said Justin Harper, the company’s head of marketing.

“It’s probably the appropriate decision to make, given we’re trying to balance the access but also the risk management,” Harper said. – Rappler.com