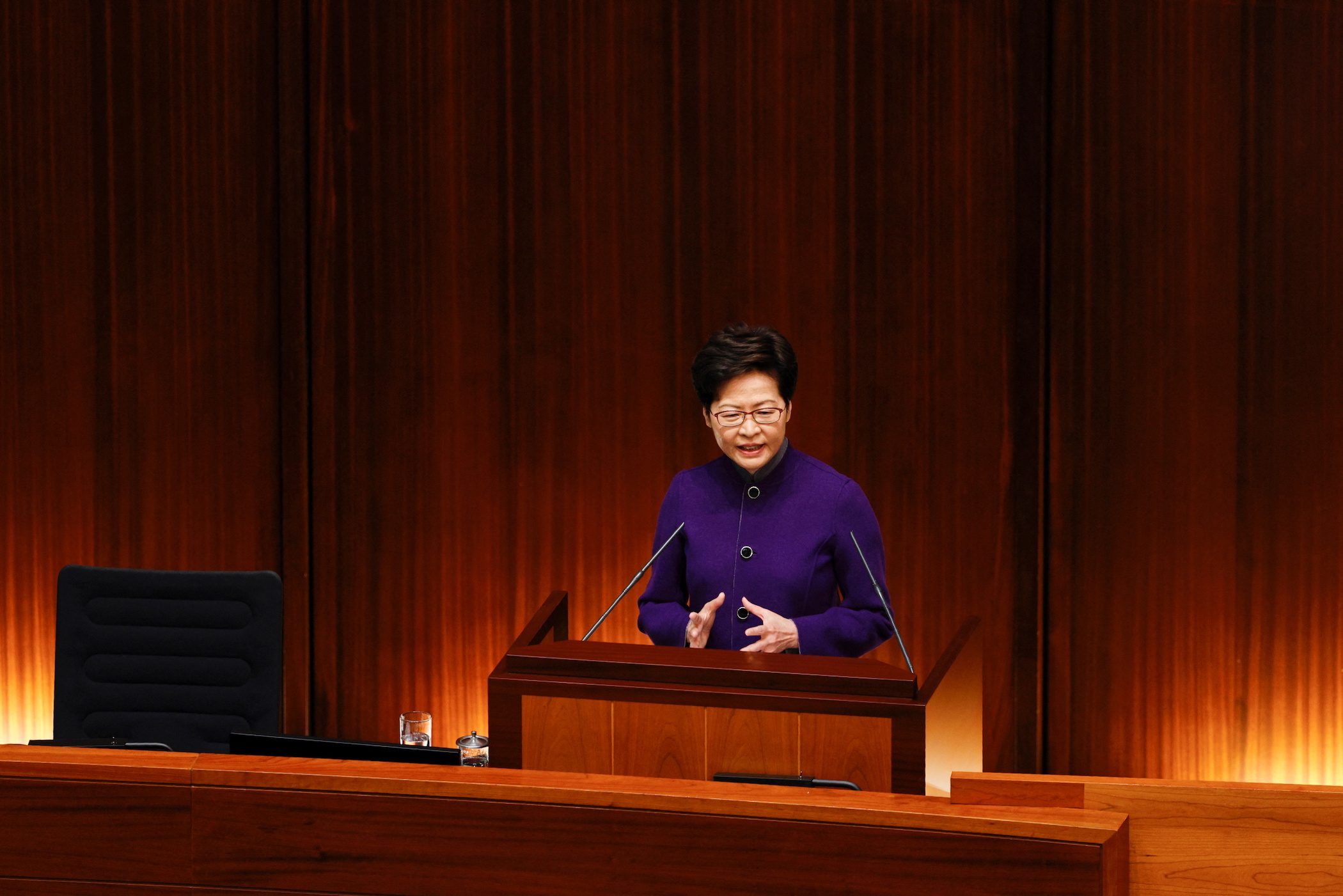 HK LEADER. Chief Executive Carrie Lam takes questions from lawmakers during the first regular meeting of the legislature at the Legislative Council in Hong Kong, January 12, 2022.

Facebook Twitter Copy URL
Copied
Hong Kong Chief Executive Carrie Lam expects some goods to be unavailable or their price to go up, with food, electronics, and medicine among the worst affected

HONG KONG – Hong Kong will soon feel the negative effects of tougher COVID-19 quarantine curbs on aircrew, with cargo traffic and the supply of goods into the city set to drop, Chief Executive Carrie Lam said on Wednesday, January 12.

Hong Kong’s first transmission of the Omicron variant of the coronavirus was detected at the end of last year after three months of zero infections in the community, prompting authorities to tighten quarantine measures, including on aircrew, and reintroduce wide-ranging restrictions on social life.

More than 40 local cases have since been discovered.

Authorities said the outbreak could be traced back to two aircrew members of Cathay Pacific Airways who broke self-isolation rules. An investigation has been launched into the airline.

Lam, speaking at the opening session of the Asian financial hub’s new “patriots-only” legislature, said Hong Kong already had the strictest measures against imported coronavirus infections and it was difficult to tighten them further.

“The consequences of these cargo policies will be seen very soon,” Lam told legislators. “We almost have no goods entering via cargo flight.”

“Destroying this industry will not only affect the flight companies, it will affect every citizen.”

Lam said she expected some goods to be unavailable or their price to go up, with food, electronics, and medicine among the worst affected.

On Tuesday, January 11, Lam said kindergartens and primary schools must stop face-to-face classes from Friday, January 14, until after the Lunar New Year at the beginning of February.

She has also ordered a disciplinary investigation into 13 senior government officials who attended a birthday party for a delegate to China’s legislature after health officials appealed to Hong Kong people to avoid large gatherings. – Rappler.com