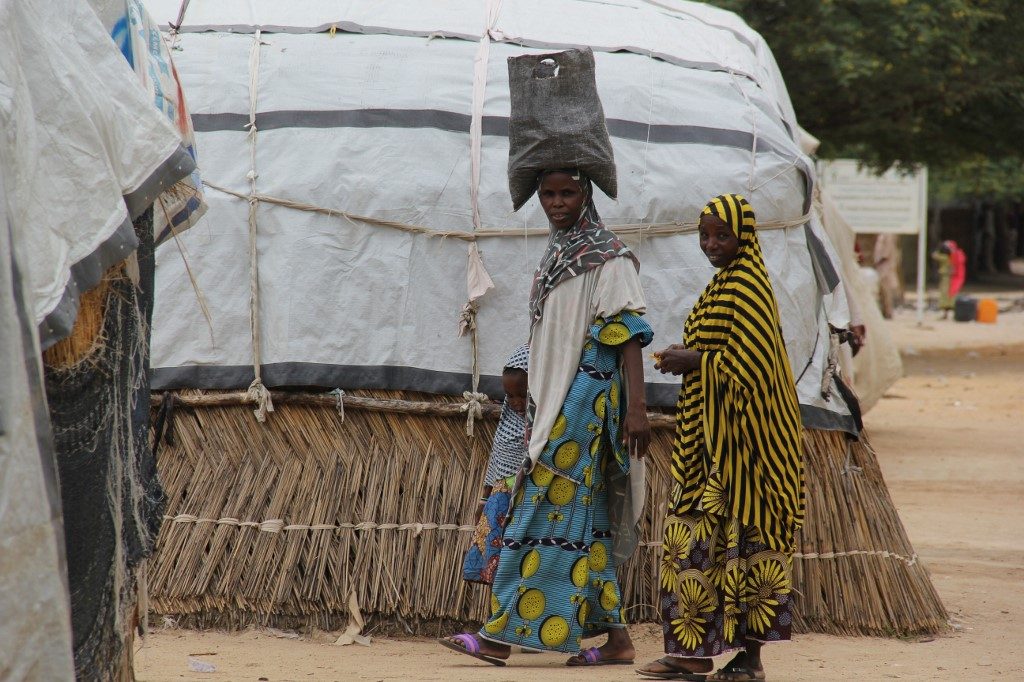 Women walk through huts at the El-Miskin Internal Displaced Camp in Maiduguri, Nigeria, on August 20, 2020. - The security situation is still extremely volatile in northeastern Nigeria, and jihadists from Boko Haram or the Islamic State in West Africa (Iswap) group control large areas of the territory, particularly around Lake Chad and the border with Niger. (Photo by AUDU MARTE / AFP)

In a special report, the IMF said the region would require some $890 billion in external financing – equal to 55% of its total annual economic output – between now and 2023.

While the G20 countries have offered African states debt relief, they should do more and be “more audacious” in their help, the IMF said.

The IMF noted that the sub-Saharan region had been on course to reduce its debt burden, but it now looks as if the debt to gross domestic product ratio will hit 65% by the end of this year when it had been relatively stable at 55%.

For the biggest economy in the region, Nigeria, it will be 68%, as it suffers from lower oil prices and demand.

The IMF said regional states would need to spend $480 billion just to finance their external debt, with the rest going to cover budget deficits.

Of the total $890 billion, about less than half is expected to come from private sources and about a quarter from institutions such as the IMF, it said.

For the moment, it is not yet known where the remaining $290 billion will come from, leaving the region facing a “financial gap.”

The Washington-based lender said the G20 will have to do more, giving regional countries more leeway to tackle the coronavirus, and adding that it had stumped up $16 billion over the past 6 months in the region. – Rappler.com