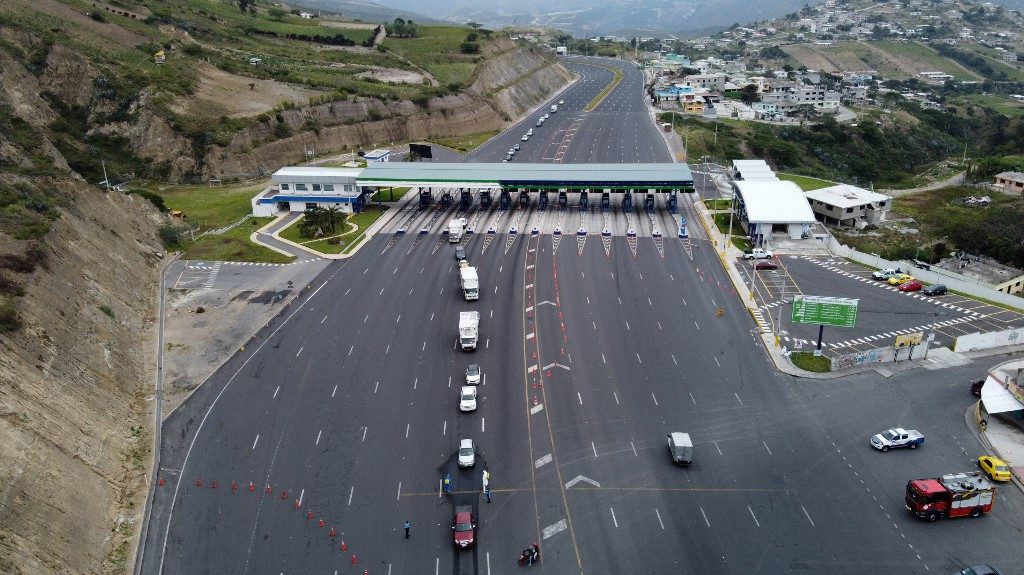 OUTBREAK. Aerial file photo taken on March 31, 2020, of an almost empty highway in Quito, Ecuador, amid the outbreak of the novel coronavirus.

Facebook Twitter Copy URL
Copied
The money is being unlocked as part of an aid plan that totals $6.5 billion and extends over 27 months

The board of the International Monetary Fund (IMF) on Monday, December 21, decided to immediately release $2 billion to help virus-hit Ecuador, the institution announced.

The money is being unlocked as part of an aid plan that totals $6.5 billion and extends over 27 months, the Washington-based lender said.

“The Ecuadorian economy is showing nascent signs of economic recovery after bottoming out in the 2nd quarter,” Antoinette Sayeh, IMF deputy managing director, said in a statement.

The number of new infections and virus-related deaths “have moderated compared to the high levels seen in the spring,” she added.

Economic activity is expected to contract this year by 9.5%, an improvement over the 11% estimated earlier this year, according to the latest IMF projections.

However, “considerable risks” remain, noted the IMF, citing the lingering uncertainty about the depth and duration of the pandemic globally.

The institution recommends close coordination among public sector agencies so that the authorities can ensure a strong and job-rich recovery.

With the $2 billion released on Monday, around $4 billion have already been paid to Ecuador under the aid plan.

The loan was granted under an Extended Fund Facility and replaces an agreement that was reached at the end of 2019.

This mechanism provides for a longer repayment period and extended support from the IMF to help countries carry out structural reforms in the medium term.

In addition to the health crisis caused by the new coronavirus, Ecuador has suffered greatly from the fall in the prices of oil, its main export product. – Rappler.com