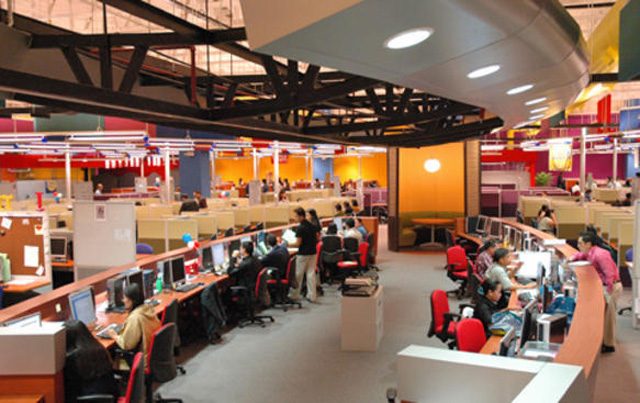 MANILA, Philippines – Having solidified its position in the economy, the information technology-business process management (IT-BPM) industry is now focusing on developing the skills needed to support emerging global trends.

“The need for talent is always there, but we’re a little behind on providing the talent, especially in certain areas,” said Jose Mari Mercado, president of the IT and Business Process Association of the Philippines (IBPAP).

Speaking at a press conference on August 4 for the upcoming 2015 IT-BPM Summit, Mercado cited the health care sector as an example, with the biggest demand this year for (International Code for Diseases (ICD) coders.

Each disease, he explained, has a 10-digit number associated with it for billing and recording purposes. The US is one of the few countries that still uses a 9-digit number, but later this year, it will shift to a 10-digit code.

This shift will create a huge demand for certified coders as there aren’t enough  the US. This is why they are looking at the Philippines, Mercado explained.

“The problem is that we also don’t have enough as you need to take a course to be a certified ICD coder,” he said.

Mercado said the local industry is trying to remedy that by offering online courses to take advantage of the demand.

While the demand for coders will be temporary once the shift is complete, the global community would still notice the competency of the local industry, Mercado said.

He added that the Philippines is grabbing at least 15% to 20% of the 150,000 certified encoders the US will need for the shift.

Healthcare information management in the Philippines, which has about 87,000 workers, generates $3 billion (P136.9 billion) in revenues annually, and is growing the fastest at 30%. The revenues are dwarfed by the industry stalwart, contact or call centers which accounts for $11 billion (P502.2 billion).

The bulk of work done is in medical coding and billing.

A more permanent growth area is in clinical assistance which entails US-registered nurses providing healthcare remotely. A lot of companies are now investing in Filipino nurses to be US-certified but based here in the country, Mercado said. Currently, about 77% of the industry’s customer base is from North America; 9% each from Europe, Australia, and New Zealand; and 5% from Japan.

“Our reputation in the global market has reached a point wherein firms will come to the Philippines first to look for services,” Mercado said.

Increasingly, he added, the firms are now asking for services beyond English, with Japanese and Spanish being the two most in demand at the moment.

“The biggest non-English market for demand and potential is the Japanese market, and we provide IT services for them such as software development which requires a high degree of technical expertise” Mercado explained.

“We’ve established a good reputation there so there’s a lot of receptiveness toward working with Filipino companies,” he added.

IBPAP is also working with the government to organize a trade mission to further develop the European market next year.

Mercado also noted that local IT firms haven’t even tapped the full market potential of the English-speaking markets, especially Australia and New Zealand.

From an industry perspective, it’s very important to look far into the future and develop other markets, but from a firm’s standpoint, many don’t even bother with other languages as there is still so much demand coming in from the English-speaking countries, he said.

Mercado mentioned that the industry is on track to hit its target of $25 billion (P1.14 trillion) and 1.3 million direct employment by the end of 2016.

With that under its belt, IBPAP, an umbrella organization supporting the industry, is working on a new roadmap to take the industry through to 2022.

Unlike the previous roadmap that took a top-down approach to the industry, the new one will be from the bottom up, looking at specific sectors in the industry and summing it up into an industry roadmap, Mercado said.

An analyst partner will look at the global market and assess how competitive the country is in each sector, and then predict the market share that we can gain in each space, Mercado said. IBPAP believes global gatherings such as the upcoming 2015 International IT-BPM Summit on October 5 and 6 would help the local industry attract a bigger world market.

The summit will gather Philippine government and industry leaders, as well as those from rising IT hotspots including Bangladesh, Bhutan, Scotland, South Africa, and South Korea, among others, to share best practices and to network.

Dubbed “Harnessing Information, Power Nations, Connecting the World,” the event will feature discussions about trends in the industry, the evolving demands of the digital workforce, and how the Internet of Things is shaping the future of enterprises.

“The summit’s theme is the very essence of what the industry has become to the world. The magic of this industry stems from the ability of our local talent pools to harness information to power nations and connect the world,“ Mercado said. – Rappler.com