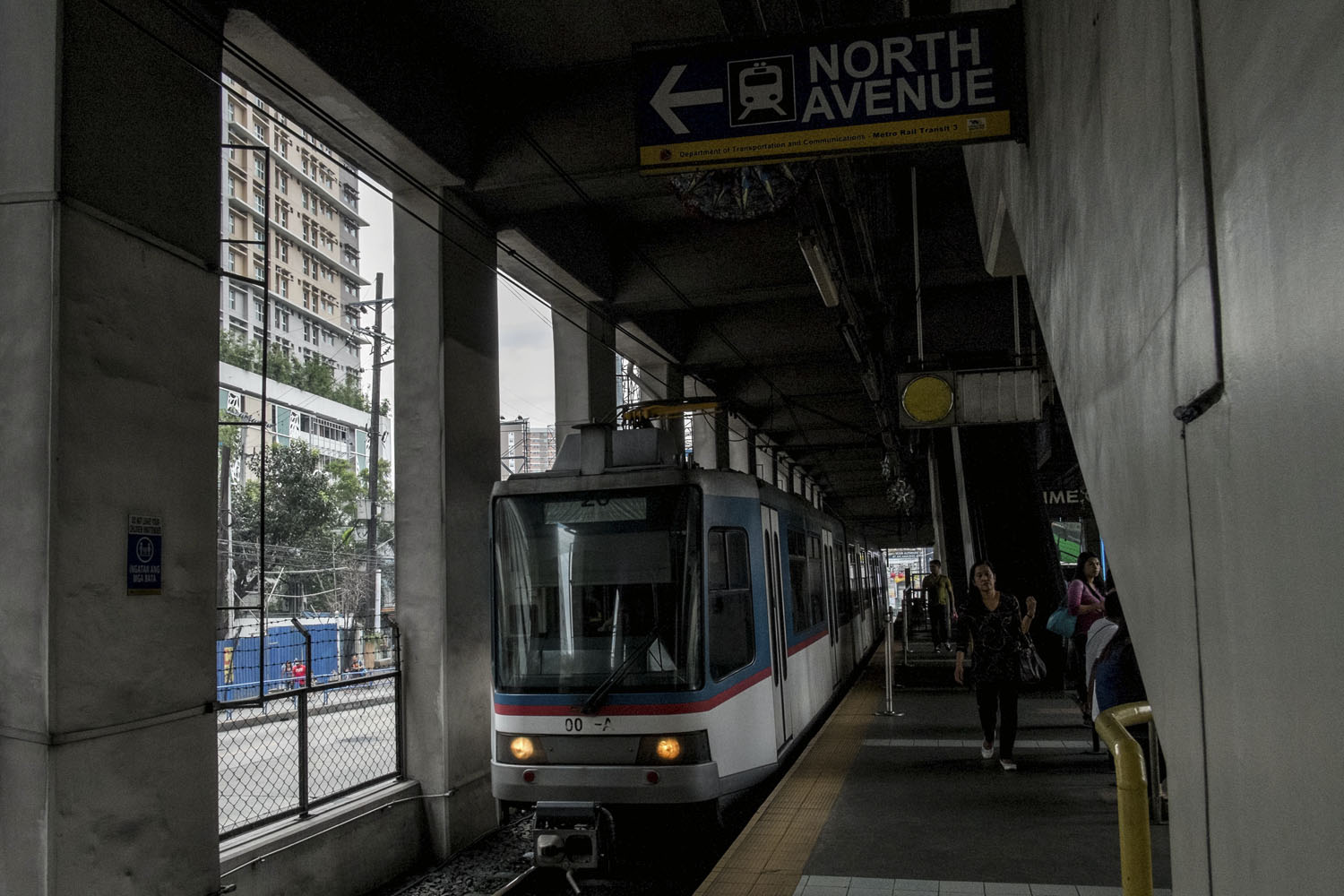 MANILA, Philippines – The Department of Transportation and Communications (DOTC) on Thursday, August 6, gave a point-by-point rebuttal of what it called “blatant lies” and “malicious claims” in relation to the glitch-ridden Metro Rail Transit line 3 (MRT3).

In a statement, it bannered that now deploys 45 coaches or 15 trains to serve the MRT3 during peak hours, or a month since it started its multi-discipline maintenance approach to rehabilitate the mass transit system.

The DOTC said this is contrary to the claim that the MRT3 is now down to only “4 to 7 trains.” Each train has 3 coaches.

The DOTC blamed the “onerous” Build-Lease-and-Transfer (BLT) contract for hampering the MRT3 rehabilitation, and the private owner for the lack of trains and other maintenance problems.

DOTC said the BLT contract “provides for grossly disadvantageous terms against government” which include “the requirement to pay billions of pesos per year to the private owner, regardless of whether the latter performs its obligations such as adding coaches.”

“Clearly, the lack of trains is the fault of the private owner, which should have done so as early as the mid-2000s,” it said.

The DOTC also took exception to the “blatant lie” that alleges that the DOTC had P5 billion  ($109.25 million) in its 2014 budget for overhauling MRT3’s trains. “It is clear that there is no such entry. There was only a P4.5-billion  ($98.33 million)  appropriation, which was for the addition of trains,” it said.

The DOTC said this is why the DOTC procured 48 new train cars  in 2014, only to be slapped with a temporary restraining order (TRO) following legal action taken by private owner MRT Holdings II.

“[MRTH II] had the temerity to obtain a temporary restraining order (TRO) against the addition of trains, which in the first place, was its obligation to the public which it did not perform. The prototype of these coaches is set to arrive within the month,” it said.

The DOTC had urged MRTH II to cease its legal action against the delivery of the new train cars. (READ: DOTC to MRTH II: Drop case vs MRT3 train cars delivery)

DOTC also said the Metro Rail Transit Corporation (MRTC) – consortium responsible for the maintenance of the MRT3, and the original contractor of the train line – gave the agency “extremely short notice that it could no longer procure a maintenance provider, passing the responsibility of procuring a new maintenance provider to the DOTC.”

This left it with no choice but to resort to emergency procurement to ensure the continued safe operation of the train system, the agency said.

It said that reports that it had awarded the contract to an unqualified company, PH Trams was “a malicious attempt to mislead the public” as it was a  joint venture formed by Comm Builders & Technology (CB&T) that secured the contract.

“CB&T has a long history of performing maintenance works for the Light Rail Transit line 1 system, and as such, provided the financial and track record requirements for the joint venture to satisfy procurement criteria,” it said.

DOTC also clarified that contrary to allegations,  the multi-discipline maintenance contract is not the biggest, but only the fourth biggest at P23.35-million ($509,970.72).

On alleged irregularities in MRT3 contracts, the DOTC said that these are all under investigation or prosecution. (READ: Poe on MRT deal: Why exclude Abaya from graft charges?)

“The fact of the matter is that the DOTC has never shirked away from any of these investigations and its officials have fully cooperated with the same,” the agency said.

It added, “With a multitude of attempts to discredit and foist lies against the MRT3, the DOTC remains consistent in its foregoing position as to each of these issues hurled against it, as these malicious claims cannot withstand the test of truth.”

The DOTC issued the clarification days after Vice President Jejomar Binay  delivered what he called the “true State of the Nation Address,” wherein he scored the Aquino administration for its “failures,” including the MRT3. (READ: Binay on MRT3 woes: Aquino, DOTC allies to blame) – Rappler.com