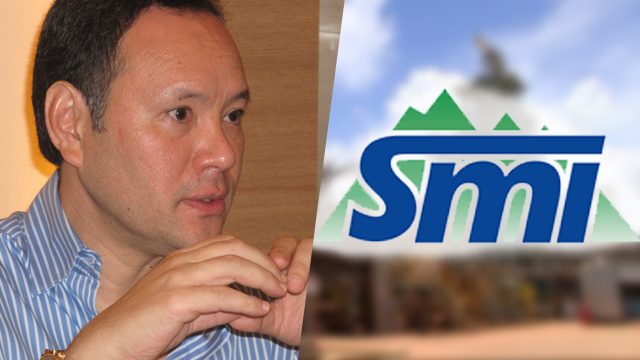 Facebook Twitter Copy URL
Copied
Insiders are hoping that the former defense chief will give SMI a fresh start after years of failure to operate the $5.9-billion Tampakan copper and gold project

This development followed the completion of the sale of the majority stake previously held by Glencore International to Filipino-owned Alsons Prime Investment Corporation early this month. (READ: Glencore to sell entire stake in SMI to Indophil)

Manolo Labor, SMI corporate communications officer, said Teodoro was elected as the new SMI chairman in a meeting of the new set of company board of directors last week.

Labor did not give further details of the new board composition.

Insiders are hoping that Teodoro will give SMI a fresh start after years of failure to operate the $5.9-billion Tampakan copper and gold project.

Teodoro, topnotcher of the 1989 bar examinations with a masters of laws degree from Harvard, ran for president in 2010 but lost to cousin President Benigno Aquino III. Mining reforms and eco-tourism were part of his presidential campaign platform.

The 3-term Tarlac representative served the Arroyo administration prior to his presidential bid. He attracted a considerable following among students and the youth in the 2010 presidential elections, but has since shied away from public life. (READ: [Q and A] Gibo Teodoro: Invest in political structures)

As defense chief, Teodoro chaired the then National Disaster Coordinating Council when Mega Manila was hit by Typhoon Ondoy (international name: Ketsana) in 2009.

In April 2014, he was appointed as an independent director of the Henry Sy-led Banco De Oro.

Ownership of SMI might also revert back from publicly listed companies to a privately owned corporation.

The Wall Street Journal earlier reported that the Glencore-Alsons Prime deal for the 62.5% stake of the world commodities giant at SMI was worth $290 million. But the quoted amount also include proceeds for the sale of two other Glencore-owned mines.

The SMI deal is believed to be at a very large discount and is below the pre-sale value of Glencore’s stake at SMI.

Alsons Prime earlier gained foothold in SMI when it acquired the 37.5% minority shares of Australian exploration firm Indophil Resources NL in the copper and gold company for AU$361 million ($265 billion) – paid in cash.

Among the biggest hurdles of SMI is the refusal of the South Cotabato provincial board to lift its ban on open mining. The main mineral resource of SMI is located in the mountainous heartland of Tampakan in South Cotabato.

The Catholic church in the Diocese of Marbel (formerly of Koronadal City in South Cotabato) has expressed concerns over the environmental impact of the project, and the presence of a foreign mining company in the province.  (READ: Indigenous groups: Solve Tampakan mine issues)

Glencore started disengaging from the Tampakan Project months after it took over copper giant Xstrata PLC stating a policy of reluctance to finance greenfield projects – meaning mining operations that have not commenced commercial operations.

In 2013, at the behest of Glencore, SMI “downgraded” its operations and largely confined them to maintaining community presence and a skeletal office after it failed to obtain the critical nod of the provincial government for its Tampakan project. (READ: SMI has fallen on hard times)

It laid off close to 1,000 workers and employees in the last quarter of 2013 following the decision of Glencore to downscale its operations in Tampakan.

Its predecessor, Xstrata PLC subsidiary Xstrata Copper, is said to have already spent more than $350 million for the exploration and feasibility study stages of the project.

The Philippines has missed out on billions of potential revenues and foreign investments when the Aquino administration imposed a freeze on new mining permits and threatened to hike mining taxes, The Wall Street report likewise said.

Mining companies have since adopted a wait-and-see attitude and are believed to be just temporarily sitting it out until the new administration is elected next year.

The Philippine mining sector is hard pressed to recover following a worldwide slump in the demand and prices of metallic products.

Copper is now at a 6-year low at below $5,000 in the futures market as the Chinese economy, the largest copper market, began to slow down.