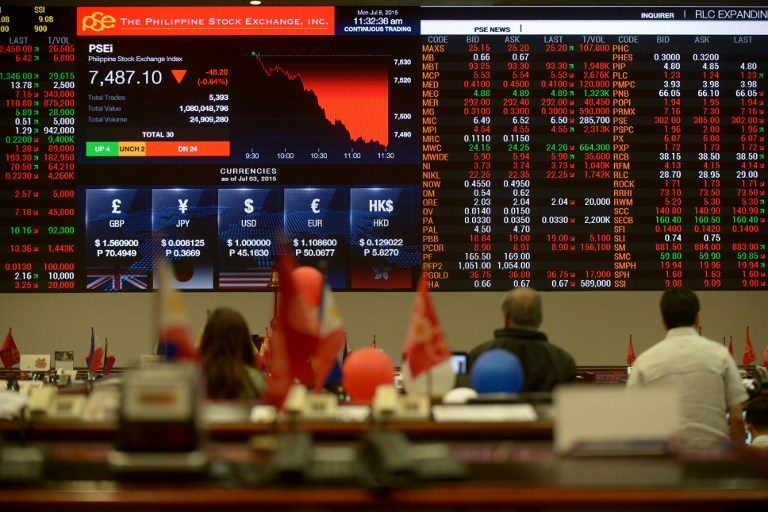 MANILA, Philippines – The Philippine stock market plunged 6.7% on Monday, August 24, wiping out this year’s record gains as worries over the impact of China’s slowing economy sparked a fresh rout in Asian stocks.

Shares in Asia declined dramatically on Monday, led by a more than 8% fall in Shanghai, after concerns about the Chinese economy sparked a sell-off in global financial markets.

The Philippine Stock Exchange (PSE) said the percentage change in the PSE Index Monday is the 11th biggest recorded drop for the index.

Analysts blamed the downturn in global equities for Manila’s woes, arguing that the Philippines’ economy is still strong.

“80% to 90% of this sell-off is due to what is happening in China and the US. If you examine our fundamentals, we are still intact,” Louis Limlingan, head of sales at Regina Capital Development told Agence France-Presse

“We’re being dragged down by the larger world economy,” he added.

Limlingan said the rout was compounded by a public holiday in the Philippines on Friday, meaning shares were playing catchup with two days of losses.

“We’re playing reverse-catch up. We were closed Friday so we did not react to the US performance (last week),” he said.