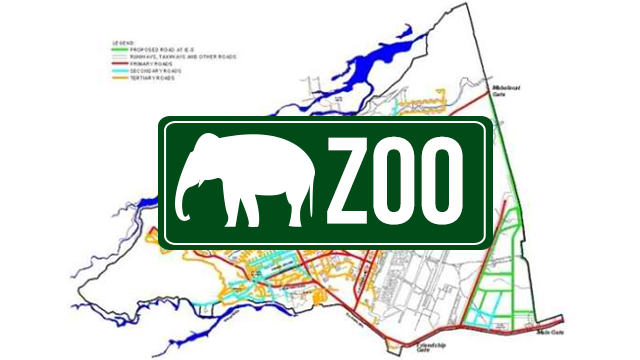 MANILA, Philippines – If all goes according to plan, a zoo and theme park – to be built at a cost of P135 million ($2.89 million) – will rise inside the Clark Freeport Zone in Pampanga by next year.

Th development comes as firms map out the expansion of their operations in the freeport, and government implements infrastructure projects to boost Clark as the Silicon Valley of the Philippines.

State-run Clark Development Corporation (CDC) said on Tuesday, September 1, that it recently signed a contract for a 20-hectare tourism-related project inside the freeport.

The CDC, tasked to manage the freeport and Clark Special Economic Zone, said the project would include the provision of a haven for wildlife animals and a theme park.

The proposed zoo and theme park will “not be limited to rides, adventure facilities, and other recreational and commercial activities,” Tugade said in a statement.

The total lease land is 20 hectares and is seen to employ about 140 workers in the next 5 years, according to the CDC chief.

Tugade added that soft opening of the project will be next year or within 12 months upon the issuance of occupancy permit by the CDC, along with other permits that must be sought by GZTPAI from other government and regulatory bodies involved in zoo operations.

GZTPAI’s Siccion has a private collection of tigers, some imported species of birds, reptiles, and other small animals which are in a mini-zoo his company established in San Fernando, Pampanga.

GZTPAI’s Siccion is the president of Zoo World Incorporated, a member of the Philippine Zoos Association and Southeast Asian Zoos and Aquariums.

Siccion said he decided to invest in the freeport because of the sound business climate and the fast-growing tourism industry.

The Philippines’ biggest semiconductor and electronics manufacturer, Texas Instruments Philippines, last month also said it is planning to invest $10 million for the expansion of its distribution center in Clark Freeport Zone.

A new University of the Philippines (UP) campus could also soon rise in Clark Green City. – Rappler.com