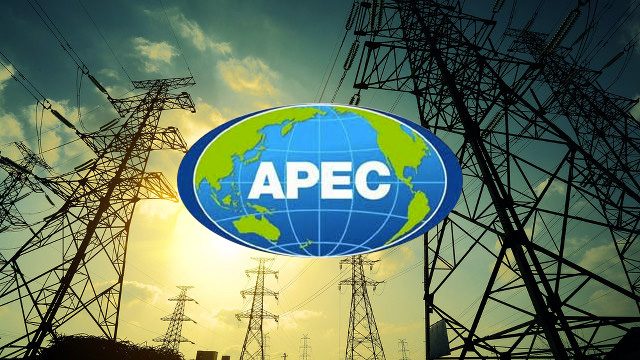 MANILA, Philippines ­­– The chairperson of the 12th Asia-Pacific Energy Ministers’ Meeting on Tuesday, October 13, urged delegates from member-economies to conduct a vulnerability assessment of energy infrastructure among APEC economies that fall victims to natural and human-induced disasters.

In her welcome remarks, Department of Energy (DOE) Officer-in-Charge Zenaida Monsada said a vulnerability assessment will determine the cost of disasters to energy infrastructure.

She added that the assessment is also meant “to avoid” disasters as well as “to create cooperation and share best practices that will guide policy and program decisions to ensure reliable and sustained production.”

“The higher levels of frequencies and intensity of these disasters has caused an alarming call even for the most advanced and the most prepared economies,” Monsada said.

Senator Loren Legarda, a guest speaker at the ministers’ meeting held in Mactan, Cebu, said APEC and its member-economies need to cooperate with the private sector for public-private partnerships (PPPs) for the adoption of appropriate standards for critical energy infrastructure.

“Our experiences with Typhoon Haiyan in 2013, whose intensity is unmatched in recent history, give us crucial lessons. The total damage to the electricity sector then was estimated at $155 million. The distribution utilities were the hardest hit, which accounted for 76% of the total damage to the energy sector.

“This underscores the importance of building adaptability in the energy sector. Climate proofing the energy infrastructure has clearly become a necessity,” Legarda said.

Legarda also said APEC economies need to work with the private sector to develop clean and energy-efficient, climate-friendly technologies. “Creating a fiscal space for investments in climate resilient infrastructure by providing easier access to markets, finance, and innovation, is crucial.”

For the private sector’s part, Ayala Energy Holdings, Incorporated, which has assembled about 700 megawatts (MW) in attributable generating capacity, said it is best if APEC releases these standards. “Maybe APEC can take a stand on such standards on building codes, equipment of materials that consume less electricity. When it comes to standards there were suggestions to perhaps align certain standards,” said AC Energy President John Eric Francia.

Francia said the government must “focus on specific targeted PPP where it can tap the private sector’s help.” Moreover, the Ayala official said there should be coordination of government policies in order to attain energy resiliency and sustainability.

Monsada hopes that APEC member-economies will come up with innovative measures and avenues to foster greater cooperation to ensure energy security, sustainability, and resiliency,especially that APEC accounts for about 60% of the world’s energy demand.

At the end of of the meeting, the ministers will come up with the “Cebu Declaration” embodying and focusing on plans and strategies “Towards an Energy Resilient APEC Community.”

The action plans will include the implementation of doubling renewable energy capacities by 2030 from 2010 levels, and reducing energy intensity by 45% by 2035 from 2005 levels.

The Declaration is expected to cover the following areas:

The meeting will also feature the announcement of the chosen community for the Low Carbon Model Town (LCMT), a project of the APEC Energy Working Group to encourage communities in the region to embark on city planning initiatives that promote the use of  low carbon technologies to manage the rapidly increasing energy consumption and to mitigate the  effects of greenhouse gas emissions on the environment.

Mandaue City in the Philippines is one of the 3 nominees which also include Krasnoyarsk City, Russia and Subang Jaya, Malaysia. The winning city will receive technical assistance, such as a feasibility study in determining ways to implement low carbon plans for their respective cities.

The APEC Energy Ministers Meeting is part of a series of meetings held this year in the run up to the main APEC meeting in November to be presided over by the leaders of the APEC economies. – Rappler.com