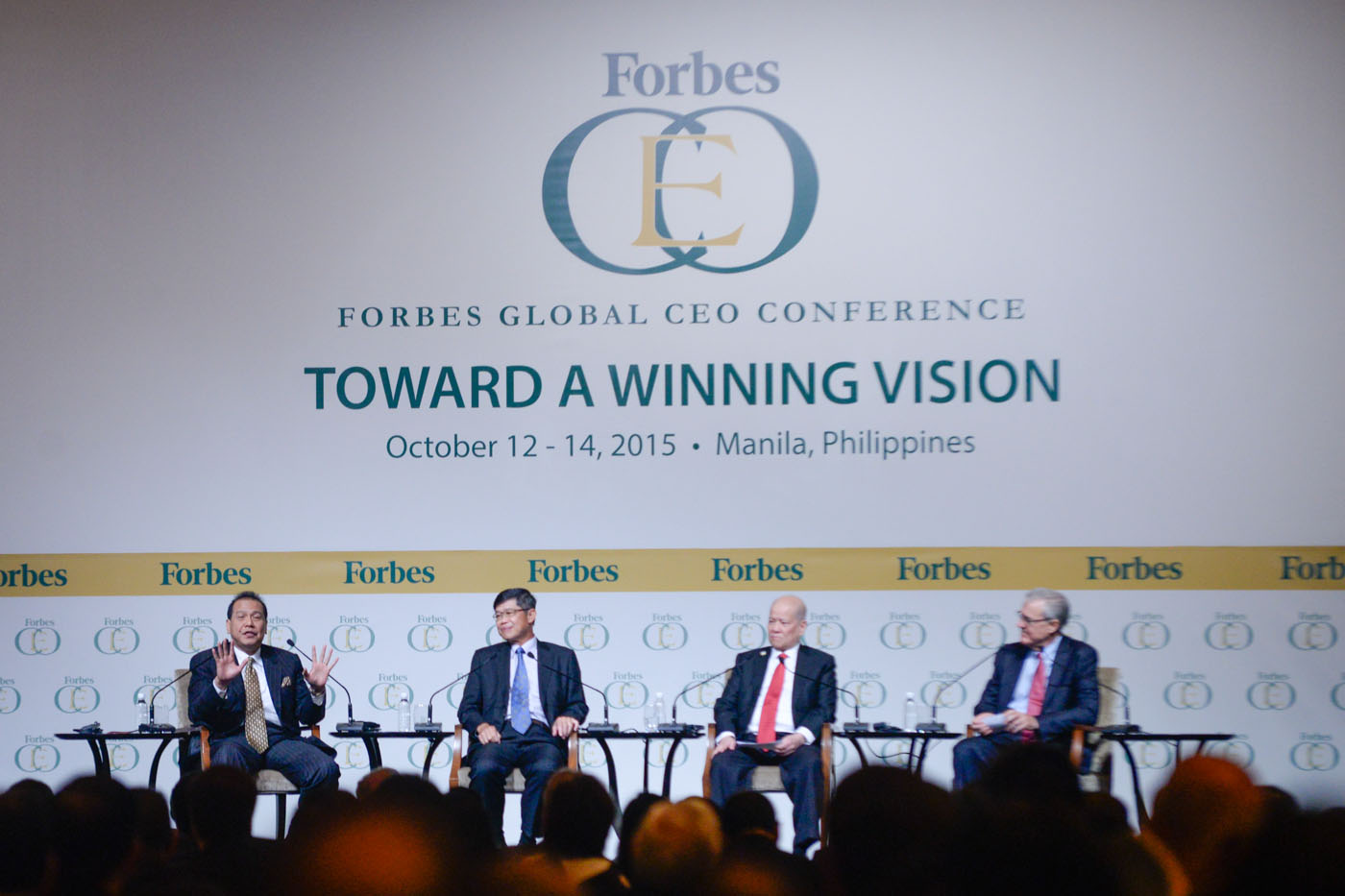 MANILA, Philippines – The head of the country’s most diversified conglomerate San Miguel Corporation (SMC) told some of the world’s business tycoons that his company is ready to switch on the Philippines’ third major mobile broadband telecommunications network by 2016.

“Now, we’re building a mobile broadband telecommunications network. We can switch on the network next year for all [so we won’t have] to experience problem with telecom anymore,” Ramon S. Ang, vice-chairman, president, and COO of SMC announced during Forbes Global CEO Conference 2015 on October 14.

Australia’s largest telecommunications company Telstra Corporation in August told its stock exchange that it is in talks with SMC for a wireless joint venture in the Philippines.

Although no agreements have been reached yet, Ang told reporters in September that San Miguel will not have a problem investing in the wireless joint venture.

“We won’t have a problem in financing. The equity contribution of Telstra is not much. Whatever contribution they [Telstra] will put in is nothing to them because they’re a very big company,” Ang earlier told reporters, without divulging further details.

The Australian telecom, meanwhile, remained tight-lipped on the venture, saying “no agreements have been reached in relation to these matters and there is no certainty” that the partnership will happen.

Currently, the country’s telecom industry is being dominated by the Philippine Long Distance Telephone Company (PLDT) and Globe Telecom, Incorporated.

‘This ends a duopoly’

“With the SMC-Telstra partnership entering as a major mobile broadband provider, this will not just provide dissatisfied subscribers with a third choice but will also boost competition, leading to better and cheaper broadband service,” Rejano said in a phone interview on Wednesday, October 14.

According to Rejano, the Australian telecom company has a partnership with Ericsson that SMC can tap to provide 4G LTE services in the Philippines. (READ: ICT on upswing, but PH still has slowest, costliest Internet)

“The downside is there are still many local mobile devices that don’t carry 4G LTE yet,” Rejano added.

In a separate disclosure to the Philippine Stock Exchange in July, SMC said it will pay P5.75 billion ($123.15 million) in cash to buy out its Qatar-based partner in its subsidiary Liberty Telecoms Holdings, Incorporated to hold a 51.01% stake in the latter. (READ: Liberty Telecoms to lease base stations to raise cash) – Rappler.com