DOTC to increase LRT1 capacity by 2018 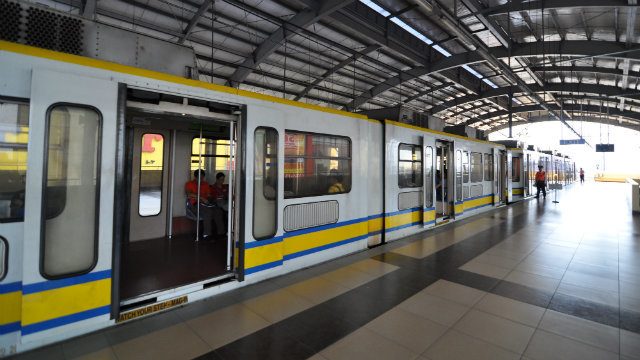 MANILA, Philippines — By 2018, the transportation department said it will increase Light Rail Transit Line 1’s (LRT1) daily capacity to about 750,000 passengers from today’s 500,000.

The Department of Transportation and Communications (DOTC) and the Light Rail Transit Authority (LRTA) announced on Friday, October 16, that they are bidding out the procurement of 120 new light rail vehicles (LRVs) for LRT1, which runs from Roosevelt in Quezon City up to Baclaran in Parañaque City, and is about to be extended to Bacoor, Cavite.

The project, according to DOTC, will be funded through a loan extended by the Japan International Cooperation Agency (JICA).

The bid will be exclusive to Japanese-led companies or consortia, the department said.

These 120 LRVs will be configured in 30 4-car train sets, to allow the rail line to accommodate up to about 750,000 passengers daily.

The government last month turned over only 78 operational LRVs of the LRT1 – less than what was promised to private concessionaire Light Rail Manila Consortium (LRMC).

Under the concession agreement, the government should turn over 100 operational LRVs.

The winning concessionaire of the new LRT1 LRVs, according to DOTC, will cover the technical design of the coaches, procurement of materials required for manufacturing the LRVs, and ensure compliance with technical specifications through testing.

“With the upcoming 11.8-kilometer extension of LRT-1 comes the need to add more trains to the system,” Transportation Secretary Joseph Emilio Abaya said in a statement.

“This will enable us to meet demand, and to maintain the right headway between arriving trains at the stations. This is part of the massive modernization and upgrading efforts that have started not only for LRT-1 but for all our railways,” he added.

The supplier will be required to submit a project management plan, design and development plan, as well as an inspection, testing and commissioning plan, for the implementation to run smoothly.

Prospective bidders can start buying bid documents on October 15, while a pre-bid conference is scheduled on October 30.

The submission and opening of bids is set on December 14.

DOTC said the winning bidder will have 3 years to complete the delivery of the new LRVs, which will be done in two tranches: the first set in 2017, and the second in 2018.

Meanwhile, the LRMC group led by Metro Pacific Investments Corporation (MPIC) and Ayala Corporation will build the Cavite extension over the next 4.5 years.

LRTA, meanwhile, remains as regulator of the railway and, with the DOTC, as implementing agency of the 32-year public-private partnership concession agreement with LRMC. – Rappler.com