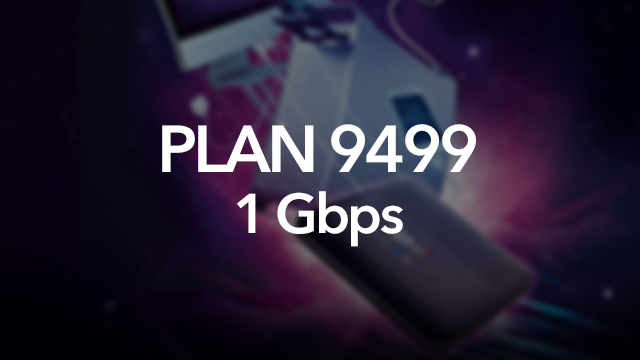 MANILA, Philippines – The telco war heats up anew as Globe Telecom, Incorporated said on Thursday, October 22, that it has its own new roster of home broadband plans.

Globe said in a press release that to strengthen its broadband business, it launched its home broadband plans powered by fiber-to-the-home (FFTH) technology, “providing customers the fastest fiber connection speeds at home now available at a more affordable price.”

“The offering of a more aggressive home broadband portfolio also forms part of the telco’s efforts to uplift the state of Internet services in the country by giving customers access to a faster Internet experience with lower monthly service fees,” the statement read.

The Philippine government has redefined broadband services and set the minimum speed at 256 kilobits per second. The country though is way behind its neighbors in Asia in Internet speed, where some of the fastest Internet speeds in the world are found.

On October 21, tech blog Yugatech acquired a leaked document that showed the Ayala-led telco firm was to launch its Platinum Broadband plans that have higher bandwidth. (READ: Globe to upgrade bandwidth on broadband plans by October 24 – report)

Globe said that with its new Platinum Broadband Plans, home broadband customers can enjoy a broadband plan with Internet speeds of up to:

Globe said all plans are bundled with unlimited data and no data cap. The plans also have free access to Spotify, NBA League Pass, and HOOQ.

The telco company said its new pricing scheme is less than half of its previous price offering and effectively puts the Philippines on par, if not better, than other countries such as US, Thailand, and Indonesia in terms of affordability of broadband services.

“We are very excited to offer our new Platinum Broadband Plans as our way to provide Filipinos, one area at a time, with high-quality broadband services that need not be costly,” said Gilbert Simpao, senior vice president for consumer broadband at Globe.

Simpao said in the press release that the telco company is offering a full-range of “best-value broadband plans” from 50 Mbps to as much as 1 Gbps, “now made more affordable and accessible, complete with value-for-money plan constructs that include exclusive perks and privileges, freebies, and premium device bundles for a world-class Internet experience like no other, perfect for today’s fast-paced and digitally-connected lifestyle at home.”

The 500 Mbps and 1 Gbps plans will be available in Acropolis, Bel-Air Village, Forbes Park, Greenmeadows, Urdaneta Village, and White Plains for its initial roll-out.

“All plans will be available in more sites over the coming months as the telco’s fiber network expands to more areas nationwide,” Globe said.

For more information on the areas covered by these upgraded plans, visit tattoo.globe.com.ph, call  (+63 2) 730-1010, or visit any Globe Store. – Rappler.com