Facebook Twitter Copy URL
Copied
'You need rules. CSP is where everything is a level-playing field and everybody competes other than just negotiates,' the former energy secretary and senatorial candidate says

MANILA, Philippines – Former Energy (DOE) Secretary Carlos Jericho “Icot” Petilla said the Competititve Selection Process (CSP) – a policy that mandates all distribution utilities (DUs) and electric cooperatives (ECs) to bid out their power requirements instead of entering into negotiated contracts – is needed to keep a balance between profit and public service in the energy sector.

“When I was in the government, I told power (industry) players, ‘Friends, the basic difference between you and me is I’m tasked to protect the interest of the people. Yours, and you can’t be blamed for it, is to maximize profit. [Because you’re] a business.’ That’s why you need rules to keep a balance between profit and public service,” Petilla said in a RapplerTalk interview on November 4. (WATCH: #TheLeaderIWant: Jericho Petilla and power)

“You need rules to be put in place. And these are the rules I’m trying to put in place. CSP [is] where everything is [a] level-playing field and everybody competes other than just negotiate,” he said.

Petilla resigned in April this year, hours after he expressed his intention to seek a legislative post. (READ: Petilla to quit DOE, run for Senate or House)

Sources close to Petilla said it was, in fact, prompted by President Benigno Aquino III’s decision to appoint Geronimo Sta Ana as the fifth commissioner of the Energy Regulatory Commission (ERC). Sta Ana is linked to one of the country’s biggest power players, the Aboitiz group. (READ: INSIDE STORY: The real reason behind Petilla’s resignation) 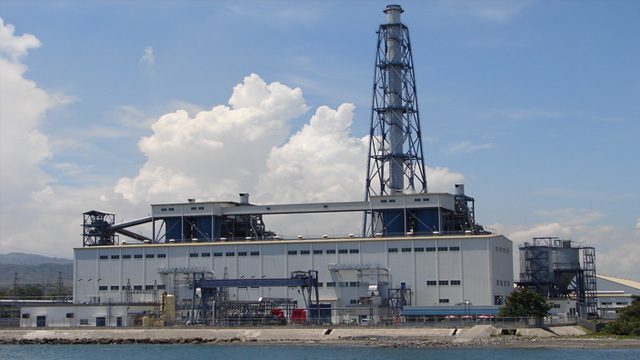 He illustrated that when he first came in to DOE, he did not know that there were 130 plus different power rates in the country. “They all have different contracts. Are the contracts transparent enough?” he asked.

Petilla added he has a problem with the way the contracts have been formulated, or what he referred to as power sales agreements (PSAs).

“How are the contracts negotiated? If I’m a DU, I’ll ask for a price. We agree on a price. What’s disturbing to me now, a price has been agreed, then I’ll say, ‘Before we sign anything, I’m gonna put in my money. I want 51% controlling interest.’ There’s a joke in the industry now, no equity, no PSA,” Petiilla illustrated.

Based on a DOE briefer on EPIRA, the goals of the law were “to ensure transparent and reasonable prices of electricity in a regime of free and fair competitions and full public accountability to achieve greater operational and economic efficiency and enhance the competitiveness of Philippine products in the global market.”

“The structure of ownership has been negotiated, the price has been negotiated. I’m the DU, you’re the power plant. We agreed on a price, but neither one of us is going to pay the price. It’s the public. Because power generation is passed through the people. We just witnessed two companies negotiating for power they’re not going to pay [for]. It’s the people,” Petilla pointed out.

People said that before he left DOE, he issued a circular, the CSP, that they said was not well thought of.

“[But] we’ve been very careful about making any changes in this industry for the good of our people and investors,” he said, and added that he told private entities, “You may be private entities, but whatever you agreed on, the people pay for. So to me, it has to be bidded out.”

But while CSP sounds fair and just, as Petilla explained, it is still not implemented because he feels that some people will lose future income, citing Meralco’s case as an example.

“Every time you use electricity, there’s a certain charge that you pay. That’s where they make their margins. Not on the power deals. The power (generation charge) is passed through to the people.”

In every announcement of a power rate increase or decrease, Meralco for instance, would always reiterate that it does not earn from the pass-through charges, such as the generation and transmission charges, and payment for the generation charge goes to the power suppliers, while payment for the transmission charge goes to the National Grid Corporation of the Philippines (READ: Meralco rates rise in November)

Petilla said CSP has been subject to a lot of misinformation – that it will make electricity (prices) go higher.

But it looks like ERC is set to implement the controversial CSP. But rather than guidelines that Petilla was hoping for, ERC deemed it wise to issue a resolution.

“The policy-making arm of the government is still the DOE but the implementing arm is the ERC. So this is something within the mandate of the ERC,” ERC chairman Jose Vicente Salazar said in a phone interview during the first week of November when asked why the ERC issued a resolution instead of guidelines as stated in the DOE circular.

In a resolution dated October 20, 2015 (but made public after 15 days), the ERC commissioners ruled there would be a mandatory implementation of the CSP, a policy that is meant to veer away from negotiated PSAs between a DU and a power producer.

Instead, DOE Circular No. 2015-06-008 mandates all DUs and electric cooperatives (ECs) to bid out their power requirements.

“The CSP requirement herein mandated shall not apply to PSAs already filed with the ERC as of the effectivity of this resolution. For PSAs already executed but are not yet filed or for those that are still in the process of negotiation, the concerned DUs are directed to comply with the CSP requirement before their PSA applications will be accepted by the ERC,” the ERC’s 5-page resolution read.

Salazar also said that bidding would be conducted by the generation companies (gencos), which are producing the power, instead of a third party as prescribed in the DOE policy.

“Whether it’s a third-party aggregator or a third-party auctioneer, we didn’t decide on that because we believe that the process can be undertaken by the gencos for as long as they follow our rules,” said Salazar.

The requirement is for a DU to openly call for and receive at least two qualified bids from gencos with whom the DU is not barred from entering into a contract for power supply. The CSP further requires that direct negotiations with other power suppliers be entered into only after at least two failed CSPs.

Once the implementation of the CSP starts, the ERC will no longer allow the filing by DUs of applications for PSA approval without compliance with the CSP requirements.

“It (CSP) can work. All I’m saying is why don’t we give CSP a chance? Give the people a chance. We’ve been out of this for 14 years, wheeling and dealing. Why don’t we give people a breather? That’s all I’m asking,” Petilla said. 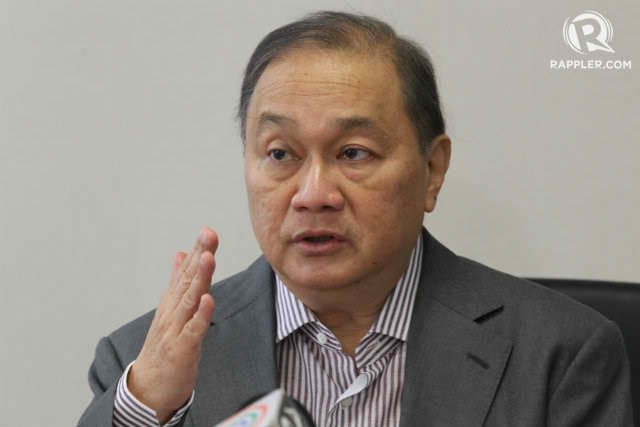 The conduct of an auction by a third-party is one of the issues against CSP.

Meralco wants a voluntary implementation of the CSP and its chairman, Manuel “Manny” V. Pangilinan called CSP illogical. He also said the utility firm may consider seeking a court order to stop its implementation.

“It’s something we don’t like to use but I hope people will see through whether the CSP makes sense or not. We don’t think its promoting consumer welfare,” Pangilinan said.

CSP is “illogical” as it allows power gencos to decide whether or not to participate in the auction, leaving only a few qualified to serve the power requirements of the DUs and ECs. This gives gencos the ability to dictate prices, Pangilinan said. (READ: Meralco: Competitive Selection Process will hurt consumers)

“It’s seductively simple when they portray it as they promote lower price. We think it will create precisely the opposite. But it’s illogical if you think about it because you shifted the power to price over to the gencos and we’ve seen what happened in December 2013 when power spiked,” Pangilinan said. (READ: 13 things Meralco consumers should know about the hike)


In December 2013, Meralco’s rates shot up by P4.15 per kilowatt hour (kWh) for December 2013 and had a P5.30 per kWh increase for January 2014 because it had to source power from the Wholesale Electricity Spot Market (WESM), the country’s electricity spot market where distributors, such as Meralco, buy their power supply from. Gencos then were accused of collusion when they did not fully offer their output in the WESM. (READ: What Meralco’s rate hike tells us about the power sector)

Eleven companies that operate 12 power plants allegedly breached the must-offer rule during the October 25-December 25, 2013 supply month when power prices shot up. But Meralco was unable to pass on to consumers the P4.15 per kWh increase in power rates in December 2013 because of the Supreme Court issuance of a temporary restraining order which remains in effect to this date.

The P5.30 per kWh rate increase for January 2014, meanwhile, was recalculated as a result of the decision of the ERC to void the WESM charges for the November and December billing months. (READ: SC stops Meralco power rate hike)

“We’re under obligation to serve electricity to our customers and we don’t make money out of it. The market power should decide with the DUs, which are obligated by law to find the least cost. But if you are a power generation firm, then you are not under that obligation,” Pangilinan said.

Aboitiz Power Corporation, another DU, said earlier that imposing “a one size fits all” policy is not the solution.

“Each DU has its own issues,” Pangilinan said, adding that government should instead “make sure the process happens and give DUs the freedom to make their own decision. After all, they’re answerable to their consuming pubic and to the ERC.”

SMC Global Power Chairman Ramon Ang, in a separate interview said, he supports the CSP. “We’ll bid and supply power to everybody. That will be good for the consumers.”

“We’re obviously in favor,” said AC Energy Holdings president John Eric Francia. “The devil is in the details. A lot of details and variables need to be thoroughly studied so the intent and the spirit of the circular is addressed properly.”

Petilla said that CSP will optimize everything, as opposed to a status quo where there is a continued lack of supply, and the prices, while not high, are not exactly optimal.

While there is hope to make energy rates more affordable in the country through what CSP aims, “the next (energy) secretary can change (the rules). If there’s one thing here in this country, everything appears to be short-term,” Petilla said.

He added that CSP is not anti-business. “Because with the negotiated deals, some power companies can’t supply certain DUs. They (companies) want this (CSP). They want a level-playing field. We passed EPIRA because of sheer ignorance, because we didn’t know what’s this thing about. But in order for you to debate this, you have to understand the laws we have in place, the policies in place, and how they can be tweaked to serve the people.”

Petilla, who is running for senator in the May 2016 elections, said pushing for CSP is not going to be easy. “There’s a lot of misinformation that will come out. But this is what I can offer at this point: to make the changes that most people didn’t want to touch on. For people who don’t understand power, they expect that when you sit down, you’ll solve it in one day. These monsters have been created in decades. You can’t undo them in one day, one, or two years.”

“Energy is a difficult industry. You can change a secretary a 100 times, but he can’t do anything if he’s bound by the law. There’s only so much you can do as a secretary, it’s the law that you have to change,”  Petilla said. – Lynda C. Corpuz/Rappler.com