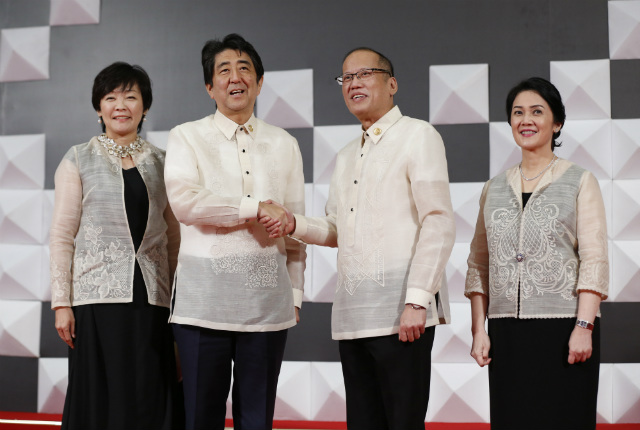 MANILA, Philippines – Japan on Friday, November 20, announced that it is lending the Philippines P93.46-billion ($1.99 billion) for a 36.7-kilometer railway connecting Tutuban, Manila, and Malolos, Bulacan.

“This project aims to strengthen the transport network and ease serious traffic congestion in Metro Manila by constructing a commuter railway between Malolos and Tutuban (a part of the North–South Commuter Railway Project) and contribute to a more secure and sustainable economic development through promotion of investments,” the Japanese Embassy said.

The embassy said that previously, Abe promised that Japan “would cooperate constructively in the project utilizing Japanese fund and technology.”

This came as Aquino and Abe met on Thursday, November 19, on the sidelines of the Asia-Pacific Economic Cooperation (APEC) Summit.

Aquino on Thursday hailed the Philippines’ loan agreement with Japan for the Tutuban-Malolos railway.

“This will certainly help us improve the land transportation capacity of the greater Metro Manila area and provide a more environmentally sustainable mode of transport,” the Philippine president said.

Japan is one of the Philippines 3 strategic partners, aside from the US and Vietnam.

“There is no question that, more than being strategic partners, the Philippines and Japan have a special bond of friendship – one built on a similar belief in placing the welfare of our people front and center, and being upstanding members of the global community who seek the collective growth and progress of the world we share, a world where no one should be left behind,” the Philippine president said. – Rappler.com