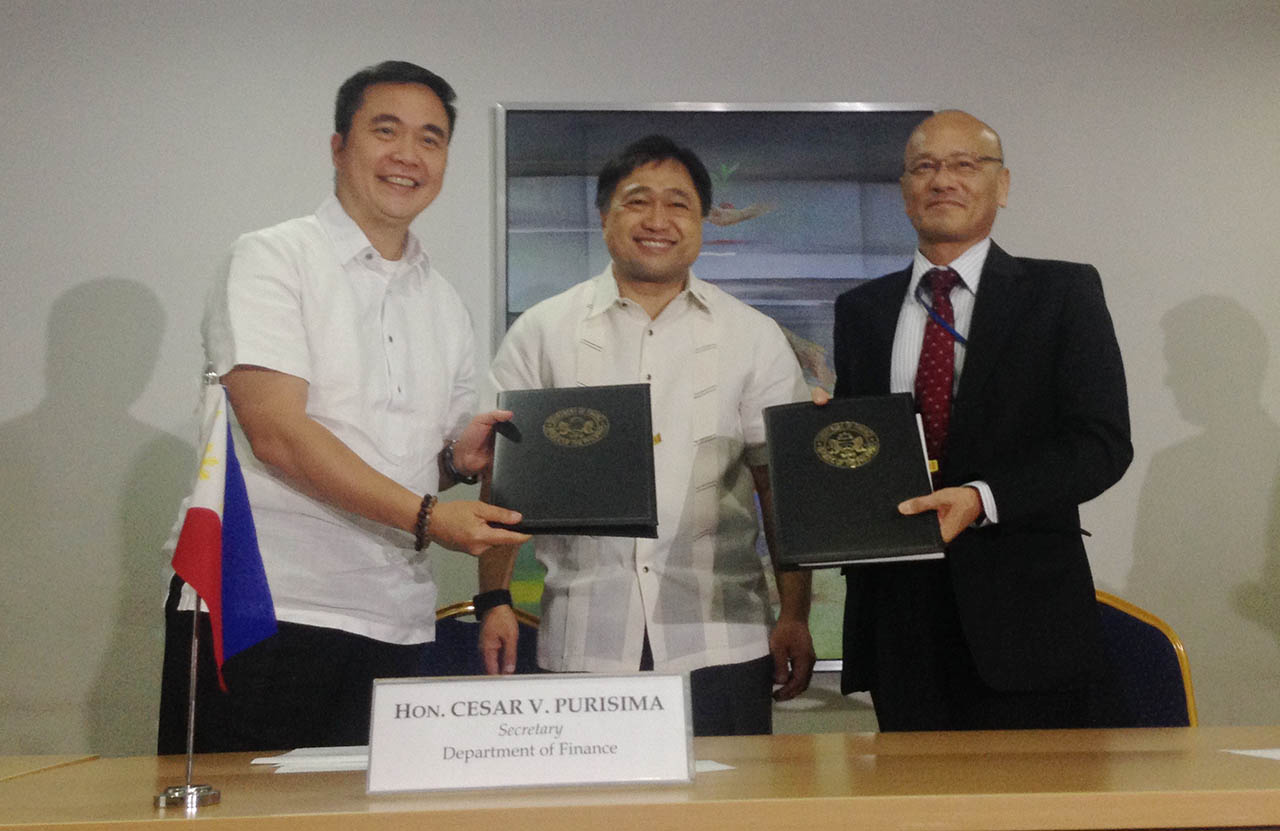 MANILA, Philippines – The Philippines got the first slice of Japan’s $100-billion Asian infrastructure aid, after representatives from the two countries on Friday, November 27, formally signed a $1.99-billion loan agreement for a 36.7-kilometer railway connecting Tutuban, Manila, and Malolos, Bulacan.

This marks the largest loan package of the Japanese government to a development partner, Purisima said during the ceremonial signing in Makati City.

The North-South Railway (Malolos-Tutuban) deal supports the expansion of a mass transportation network, which is recognized as one of the priorities in the 2011-2016 Philippine Development Plan (PDP).

It seeks to provide an environmentally sustainable mode of transport through the construction of a 37-kilometer new elevated commuter railway from Malolos, Bulacan, to Tutuban, Manila; procurement of rolling stock; and the installation of electro-mechanical systems. 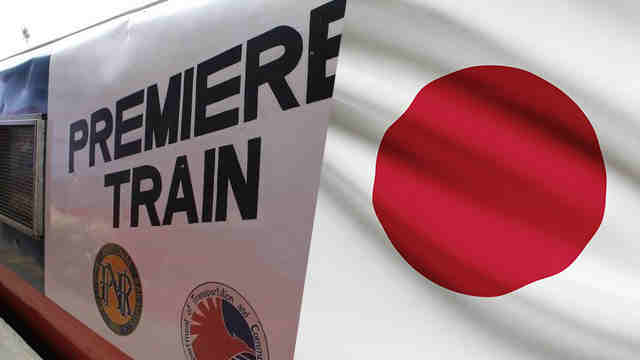 ‘A lot of catching up’

During the signing of the loan agreement, Purisima said that the Asian Development Bank in 2010 estimated that the Philippines has $127 billion in infrastructure needs until 2020, equivalent to around 6.1% of gross domestic product (GDP) per year.

“Obviously, we’ve got a lot of catching up to do – for the longest time, in the years 1983-2000, average infrastructure expenditures as a percentage of GDP was kept at 2%,” Purisima said.

The Philippine finance chief added that although the continued expansion of the country’s fiscal space allowed it to ramp up infrastructure spending by 245.4% and to finally match it with 5% of GDP with the 2016 budget, “we still appreciate development partners marching in lockstep with us on our priorities.”

Japan is already the largest source of official aid to the Philippines.

“Infrastructure projects are sometimes not financially viable but are very economically desirable – the cheapest sources of financing are thus given premium,” Purisima said.

The project represents the Phase 1 of the North-South Railway Project (NSRP) of DOTC.

The Phase 2 of NSRP, meanwhile, involves the construction and rehabilitation of approximately 653-kilometer commuter railway operations from Tutuban to Calamba.

It also covers long-haul rail operations on the branch line from Calamba and Batangas, and extension from Legaspi, Albay, to Matnog, Sorsogon.

The Phase 2 of NSRP is being implemented as public-private partnership (PPP) deal.

JICA’s Niwa said in his remarks, “Traffic congestion is a clear and immediate challenge that can affect a country’s economic competitiveness.”

“The Philippines’ transit lines extend to about 50 kilometers versus cities like Tokyo which has 300 kilometers subway network. By helping develop Metro Manila’s mass transit system, we can expand growth and develop surrounding cities,” Niwa said.

As of July this year, JICA’s assistance covers 18 ongoing and 2 new project loans totaling about $2.8 billion. It also involves 8 ongoing grant aid projects, with total amount of about $116 million. – Rappler.com