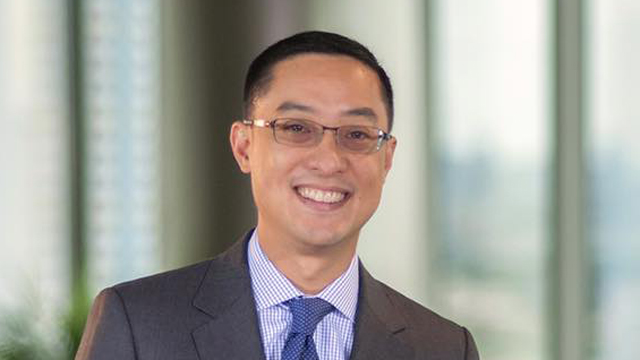 In a Facebook post on Friday, December 18, Eric John Salut, the network’s Ad Promo and Manager for Publicity and Social and Print Media Relations, announced the appointment of Carlo L. Katigbak as ABS-CBN new president and CEO effective January 1, 2016.

Before becoming a chief operating officer in March 2015, Katigbak was the head of access of the company, helping in its forays into technologies and ventures.

He also managed the operations of SkyCable, ABS-CBNmobile, and ABS-CBN TVplus.

Katigbak began his career at Sky in 1994, handling various key positions which culminated in his appointment as vice president for provincial operations of the cable business unit of the network in 1998.

Katigbak was then assigned to establish the Internet business of ABS-CBN in 1999. He served as managing director of ABS-CBN Interactive, which ventured into online and mobile businesses.

Sky also re-launched its broadband products, which are now the fastest growing segment of its business.

Katigbak completed an Advanced Management Program at Harvard Business School in 2009. He graduated from Ateneo de Manila University with a degree in Management Engineering in 1991.

Santos-Concio, meanwhile, was appointed as ABS-CBN’s CEO in 2013. Despite her upcoming retirement, she will continue though to serve the company as chief content officer, president of ABS-CBN University, and executive adviser to the chairman, the network said in a press release Friday.

Prior to her CEO appointment, she was ABS-CBN’s president and chief operating officer since 2008. She was previously head of Channel 2 Mega Manila Management.

With Katigbak’s new role and Santos-Concio’s retirement, Eugenio Lopez III remains the chairman of the board of ABS-CBN.

ABS-CBN reported a net income of P27.8 billion in consolidated revenues for the first 9 months of 2015, pushing its net income up by 23% to P1.9 billion. – Rappler.com