Dec 28, 2015 11:50 PM PHT
Rappler.com
Facebook Twitter Copy URL
Copied
As the country welcomes its 5 millionth visitor on December 21, the government is expecting a total of 5.2 to 5.3 million visitors by year-end 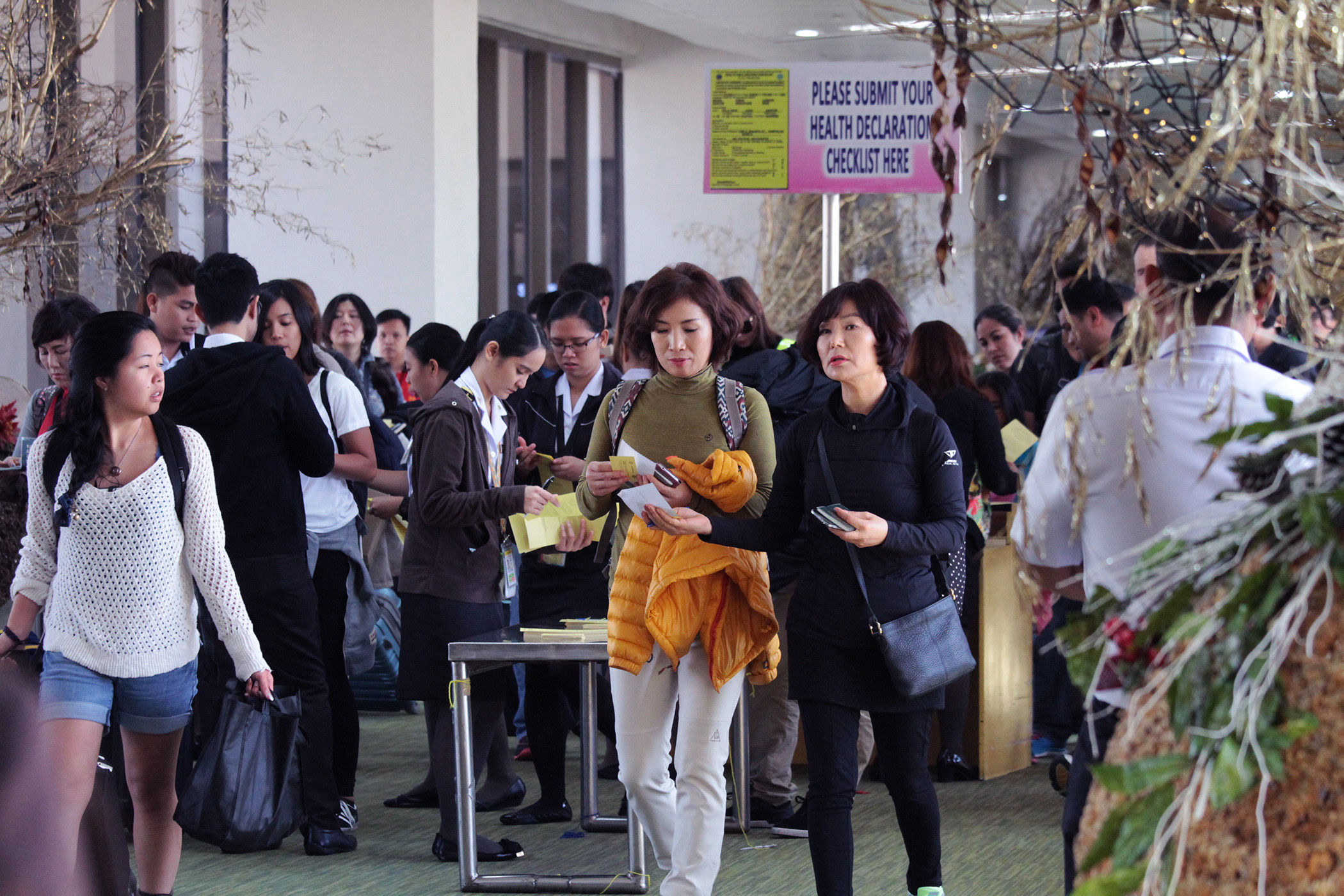 MANILA, Philippines – Undersecretary for Tourism Development Benito Bengzon Jr. said in a briefing on Monday, December 28, that the country welcomed its 5 millionth foreign visitor this year on December 21.

But Bengzon added they are looking at hitting 5.2 to 5.3 million total foreign visitors by the end of the year.

The Department of Tourism (DOT) is expected to release full year figures in early 2016.

“It says something about the campaign and how effective the strategy has been to make sure we are able to sustain the growth and to insulate the industry from whatever negative developments and factors there are around the world,” Bengzon said.

For 2016, the DOT is increasing its target to 6 million foreign arrivals using a strategy based on ‘innovation.’ (READ: TOURISM: What PH must do to be more competitive)

“If a market has been growing at say 5% because the trend out of that country market is at that level, you would have to come up with something different, something very innovative to bump it up to 20%… the challenge for the Philippines is to be different from others,” Bengzon said.

One of the ways the agency is looking to increase the number of tourists is to get more cruise liners to call on Philippine ports.

“What we should work on is to position any of the ports as the home port or a turnaround port, where the ships can take passengers. We want cruise passengers to fly into Manila, board ships here, sail around ASEAN waters, and then fly out in another destination or better yet out of Manila,” Bengzon said.

He explained that a cruise ship with 2000 passengers calling on a Philippine port could generate around P11.75 million ($250,000). Meanwhile, a turnaround ship with the same capacity could generate revenue around P56.4 million ($1.2 million) in revenue.

This strategy also ties in well with ongoing efforts to promote ASEAN as a single destination, which the DOT feels gives the country an edge.

Bengzon pointed out that the Philippines is well-positioned in ASEAN terms of inter-island cruises as it can push 8 different destinations simultaneously, as compared to neighbors which average around 3 top drawer cruise destinations.

These destinations include Manila, Cebu, Bohol, Boracay, Palawan, Davao, Iloilo and Siargao. The DOT says they will prioritize ports in these areas for development.

Bengzon did concede, however, that port infrastructure would need to be improved in order to lure in more ships and that a tangible improvement would be felt around 2018.

At the moment, tourists arriving by cruise ships represents only 1% of total arrivals. Out of the 4.8 million foreign visitors as of October, 99% arrived by plane – highlighting aviation’s importance to the country.

To that end, the government has stepped up bilateral air agreements because we need it more than the others do, Bengzon said.

The Philippines will also play host to two significant tourism forums in early 2016: the ASEAN Tourism Forum, the largest platform for promoting ASEAN as a single destination in January, and the Routes Asia, the largest gathering of aviation and airport executives, in March. – Rappler.com