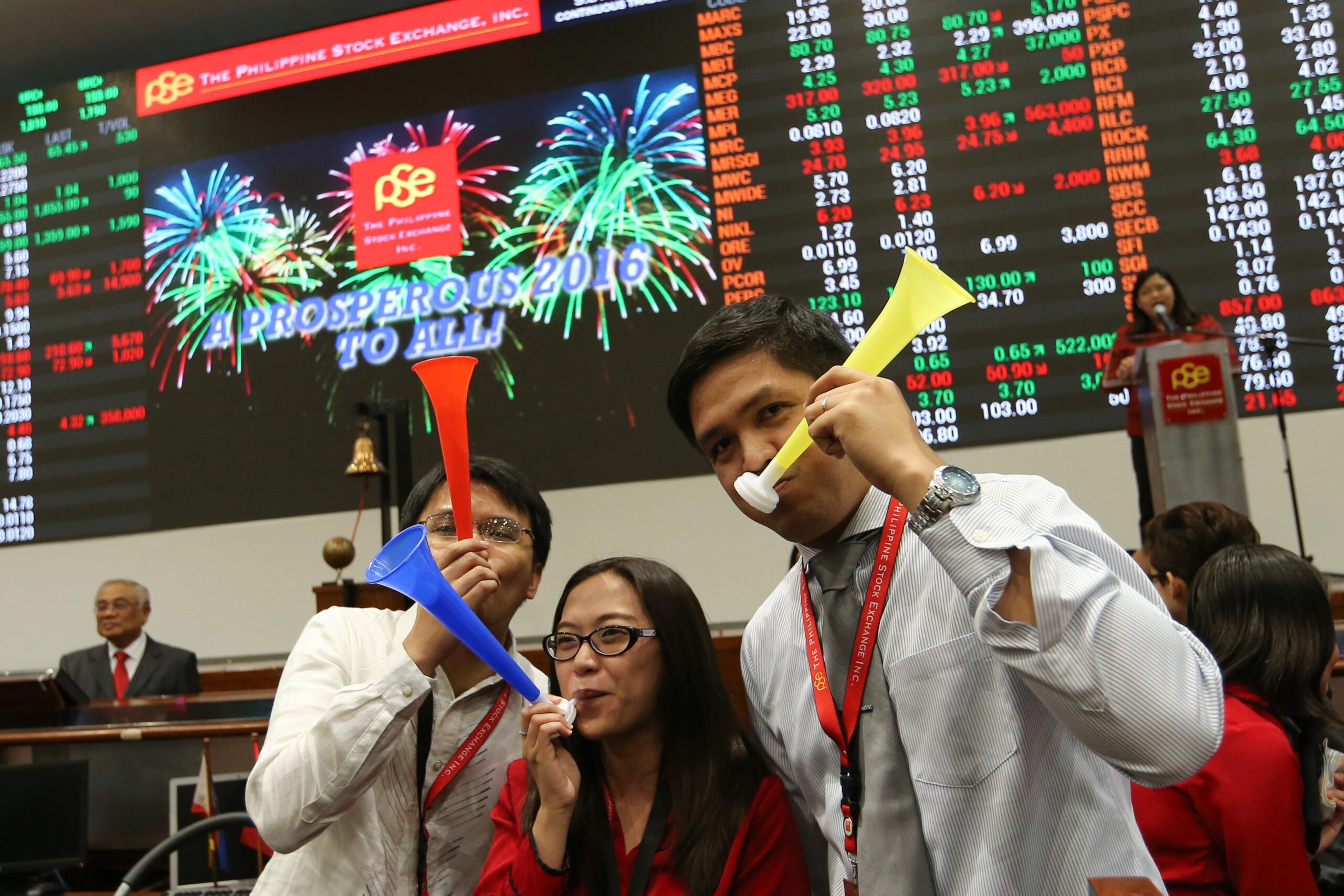 Facebook Twitter Copy URL
Copied
The Philippine Stock Exchange is hailed for its new trading system and corporate governance programs, among others

The Marquee Awards cited the PSE’s accomplishments, including its corporate governance programs and the shift to the PSEtrade XTS trading engine, the local bourse’s new trading system.

The new system was accomplished in 11 months, much shorter than the two years it took during the last one.

The award-giving body also mentioned the stellar climb of the PSE index (PSEi) to the 8,000 level in April 2015 as well as the capital raising activity in the local bourse.

“We are grateful that our efforts to improve our services and corporate governance initiatives were recognized by Alpha Southeast Asia and the third-party participants surveyed for this award,” PSE President and CEO Hans Sicat said.

The PSE was selected as winner of the Marquee Awards through a survey of issuers and investors in the Southeast Asian region.

The award-giving body said that the PSE “spent a large part of the year continuously pushing the boundaries and is now striving to encourage world-class standards of disclosure and corporate governance among its listed companies in the Philippines.”

According to a fund manager, who is also part of the panel of the in-house Marquee Awards at Alpha Southeast Asia, “the performance of the equity market irrefutably underscores how the Philippines’ equity market has been partially insulated from global volatility as it is dominated not only by local investors and a large domestic pension fund system but also foreign investors who now strongly believe in the investment fundamentals of the Philippines.”

“One of the many reasons why foreign investors have remained comfortable investing in the Philippines is due to its pro-disclosure stance from the ground up,” the fund manager added.

The Marquee Awards said investors acknowledge the upside for PSE remains high as it “has the strongest potential for growth in 2016 given the solid economic fundamentals of the country as the global economic outlook improves and investors return to what is increasingly known as the safest haven in Asia with improving investment prospects for foreign and institutional investors.”

On April 10, 2015, the PSEi finished at a fresh high of 8,127.48 points. It closed lower by 3.85% in 2015 amid global market volatilities, but was still the second-best performing index in the Association of Southeast Asian Nations (ASEAN).

“As we start another year, we will use this recognition to motivate us to continue to give our best in everything we do,” Sicat said.

The award will be conferred to the PSE during the 9th Alpha Southeast Asia Deal & Solution Awards 2015 on February 2, 2016 in Kuala Lumpur, Malaysia.