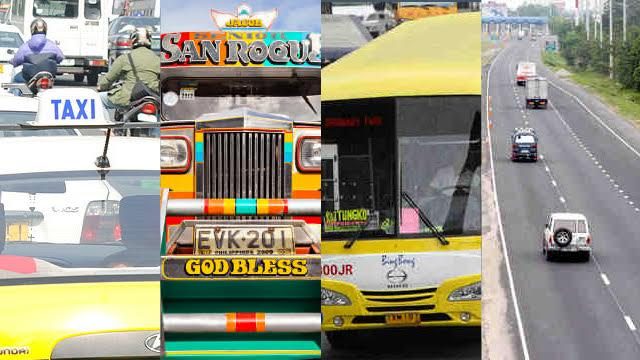 MANILA, Philippines – More premium point-to-point buses, newer public utility jeepneys, an upgraded information technology (IT) system for road transport, and the implementation of premium taxis will be the focus of a “final push” by the Land Transportation and Franchising Regulatory Board (LTFRB) before the Aquino administration’s term ends in mid-2016.

LTFRB Chairman Winston Ginez told reporters over lunch in Quezon City on Tuesday, January 5, that the agency also targets to release the memorandum circular (MC) for the Premium Taxi category before June 30.

The LTFRB on December 5, 2015 launched a non-stop premium bus service for 3 routes in Metro Manila:

The premium bus service is still ongoing and buses depart on time, “with or without passengers and there’s guaranteed seating,” the Metropolitan Manila Development Authority (MMDA) said in a Facebook post on Tuesday.

“As part of our mission to formulate, implement, and enforce rules and regulations on land transportation and public utilities, the Board has decided to provide high capacity premium bus services for the riding public in Metro Manila during the holiday season,” Ginez said.

But because of high demand, Ginez said they will add another route – SM North Edsa to Ortigas – and extend the bus service until January 31. Originally, the special permits granted to operators were only supposed to last until January 6.

“But when we conducted a survey among passengers who have tried the services, we discovered something: About 20% are car owners who shifted to premium bus commuters and 100% of them said they will use again the services and wish it to be a permanent thing,” Ginez told reporters.

A total of 20 bus units are operating daily along the 3 current routes.

These premium buses can only load and unload passengers at designated off-street areas and may also unload at designated bus stops in Ayala Avenue in Makati, the LTFRB said.

In accordance with Board Resolution No. 13, series 2015, a premium bus should be 11 meters in length and not more than two years of age, with a maximum of 4 seats per row.

The LTFRB said it is authorized to invite and process applications for special permits to introduce interim point-to-point bus services.

Commuters may enjoy newer public utility jeepneys (PUJs) by 2017 should the LTFRB push through with its planned mandatory phase-out of 15-year-old units.

“We’re now studying the draft department order (DO) of DOTC (Department of Transportation and Communications) wherein it says that starting this year, operators can voluntarily turn over their 15-year-old units, and that by 2017, there will be a mandatory phase-out of those PUJs,” the LTFRB chief said.

Imposing an age limit on PUJs is part of the DOTC’s jeepney modernization program. Units that are over 15 years old will have to be taken off the roads and replaced with brand-new vehicles.

“This will take effect once signed by the DOTC Secretary [Joseph Emilio Abaya]. As of now, it’s just a draft DO. It’s still being studied and not yet signed,” Ginez said.

The LTFRB also aims to award the P298-million ($6.35-million) public-private partnership (PPP) deal to upgrade its IT system by March, so the “winning concessionaire can start building the infra before the administration ends,” Ginez said.

A consortium led by an Indian technology firm emerged as the only qualified bidder last December.

“The construction period for the IT infrastructure is one year and 6 months,” the LTFRB chief said.

The project is seen to clean up the existing data of LTFRB, lessen the processing time for its transactions, as well as promote and improve access to public information.

Premium Taxi – a concept borrowed from the Seoul city government – was introduced in May last year to “pose as a challenge to current regular taxi operators, pushing them to upgrade and improve their operations,” Ginez said.

The LTFRB plans to release a memorandum circular for the Premium Taxi category “before the current administration ends so we can start accepting applications.”

“This is to give taxi operators the same opportunity for them to have new franchises, albeit with high-quality taxi units and improved operation,” Ginez added.

Under this new category, vehicles with a 7-year age limit will be equipped with GPS, online and smartphone booking capability, and cashless transactions through credit or debit card payments.

Premium taxis will be allowed to accept regular passengers heading to any point of destination in the country. – Rappler.com