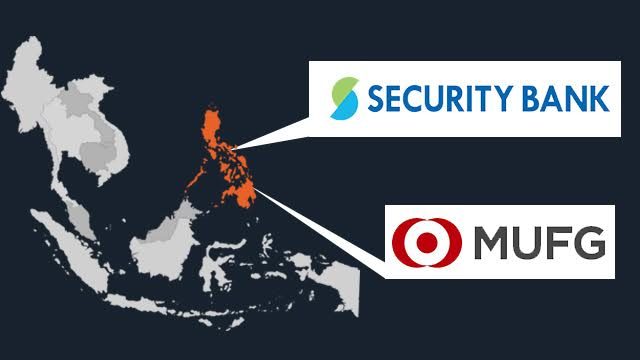 Facebook Twitter Copy URL
Copied
(UPDATED) Once the transaction is completed, it will be the largest equity investment in a Philippine financial institution by a foreign investor

“We believe and understand the Philippines is one of the potential markets in Asia….I think this country is very prominent in potential countries,” Watanabe added.

The Japanese bank’s P36.9-billion ($782 million) investment in Security Bank entitles it to two board seats.

This marks the largest equity infusion in a financial institution in the Philippines. (READ: Philippines allows full entry of foreign banks)

The deal, approved by the Security Bank board on Thursday, will be submitted to regulators for approval, the bank said in a disclosure to the stock exchange.

The transaction is targeted to be completed in the second half of 2016.

“This one took more than a year. It’s not only equity we’re looking at. We’re looking at collaboration areas, the DNA….Do you like how they do business? Are they the type of people we can work with?” Security Bank President and CEO Alfonso Salcedo Jr told reporters on the sidelines of the briefing.

“This partnership is something we are very excited about, ushering in a new era for the bank moving forward. This will enhance shareholder value and help accelerate plans and execute what we want to execute faster,” the chief of Security Bank said. For Watanabe, “the agreement is 100% collaboration.”

He said BTMU is “very confident” with its 20% stakeholder shares in Security Bank.

“We have a BTMU subsidiary which specializes in mobile banking….We are willing to support and transfer our experience in Japan,” Watanabe said.

Following the partnership, Security Bank’s Salcedo said his firm now will focus on its expansion and e-commerce plans.

“Within the next 5 years, we see a 500 to 600 branch range. It will be organic, but we are open to acquiring when the opportunity presents itself,” Salcedo said.

“E-commerce has always been a strategy for us. We have been trying to improve the platform in the last couple of years. The plan has always been expand branch network and compliment it with e-commerce. Hopefully, we do some tech and success transfer sooner than later,” Salcedo added.

The Philippines loosened rules on foreign ownership of banks in 2014, sparking interest from overseas lenders.

Security Bank recently embarked on a rebranding campaign to push its retail services and expand its market share, slashing transaction fees and employing celebrity endorsers. – with reports from Agence France-Presse/Rappler.com