MANILA, Philippines – The country’s Public-Private Partnership (PPP) Center wants the next administration to prioritize the development of the Ninoy Aquino International Airport (NAIA) and 5 other regional airports as well as the construction of mass transit railways to lessen traffic.

The PPP Center also wants the successor of President Benigno Aquino III to reconsider the Makati-Pasay-Taguig Mass Transit System Loop to reduce the worsening traffic congestion across the business districts.

“Airports should be prioritized, also the LRT [Light Rail Transit] deals. [The] subway project should be looked at again… More on the transport side, increasing connectivity between islands,” PPP Center Executive Director Cosette Canilao replied when asked what should be the priority projects of the next administration.

“Decongesting Metro Manila and other urban areas, also Cebu, should be a priority… They should actually take a look at that,” Canilao said in a media briefing in Quezon City on Thursday, February 11.

The P74.56-billion ($1.65-billion) NAIA Development Project is seen to transform the Philippines’ main international gateway into a “world-class modern airport facility.” This project was approved by the National Economic and Development Authority (NEDA) Investment Coordination Committee in July last year, but it has not been auctioned off yet.

Meanwhile, the deals to develop, operate, and manage the 5 regional airports have not been awarded yet.

These 5 regional airports are the following:

There are 5 groups that are qualified for the biddings of the regional airports:

For mass railways, there are two PPP deals that have yet to be auctioned off – the LRT Line 4 (LRT4) and LRT Line 6 (LRT6).

LRT4 will be built from EDSA-Ortigas to Taytay City, on an elevated rail facility covering a distance of 11 kilometers (kms). The NEDA Board’s estimated total cost for the project is P42.89 billion ($913.75 million).

The 19-km LRT6, meanwhile, will run from the terminal of the LRT Line 1 extension in Bacoor heading south through Imus and up to Dasmariñas along Aguinaldo Highway. It is estimated to cost P64.71 billion ($1.38 billion).

Both of these LRT deals were approved by the NEDA Board last September. 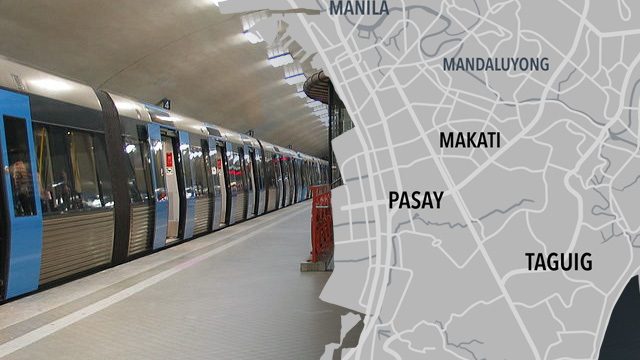 While the Aquino administration shelved its plan to construct the country’s first subway system, Canilao hopes the next government leaders will review the project within their first year in office.

The P374.5-billion ($7.88-billion) Makati-Pasay-Taguig Mass Transit System Loop had been removed from the PPP pipeline because of scheduling constraints, with officials saying that talks on the subway’s final alignment were eating up much time.

The planned 20-km system will consist of a 16-km tunnel, a 4-km elevated railway, and 11 stations. It is expected to ease road congestion in the cities of Makati, Pasay, and Taguig.

With less than 5 months left in Aquino’s term, Canilao said the PPP Center hopes to auction off as many deals as possible. – Rappler.com