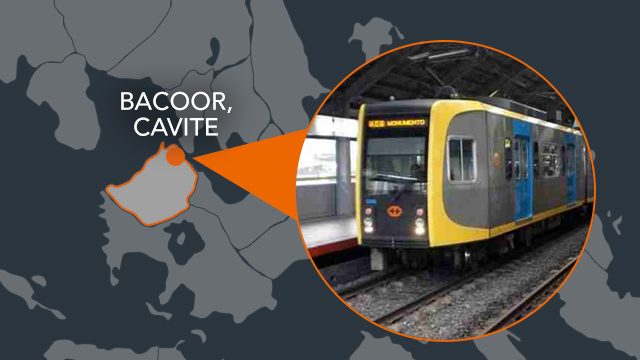 This was after the group of Ayala and MPIC – Light Rail Manila Consortium (LRMC) – on Friday, February 12, signed the P24-billion ($506.02-million) loan facility and the engineering, procurement, and construction (EPC) agreement for the LRT1 Cavite extension deal.

The Department of Transportation and Communications (DOTC) awarded the LRT1 Cavite extension project to the LRMC in September 2014.

“These milestone agreements give us significant headway towards the construction and commissioning of the much-awaited Cavite Extension which will benefit an additional 300,000 passengers from four big cities in southern Manila,” LRMC president and CEO Jesus Francisco said.

But according to Francisco, unfinished right-of-way acquisition and stalled relocation of illegal settlers take a toll on the construction of the LRT1 Cavite extension.

“Our main concern is that there are still some ISFs – illegal settlers. But we got the report of the grantors that by April, they expect to do relocation of most of them, if not all of them,” Francisco said.

As of today, the chief of LRMC said the government has delivered about 95% of the right-of-way acquisition.

“We think that the stations will come later, but first we have to start building the carriage way. April is when they said they would address the problems of the ISF. If they can really move, by June 1 we will be able to start,” Francisco told reporters on the sidelines of a briefing in Makati City.

Francisco said that LRMC and contractors Bouyges Travaux Publics and Alstom Transport are set to commence the construction of the 11.7-kilometer Cavite extension once right of way is delivered by the DOTC and Light Rail Transit Authority (LRTA).

The extension is targeted for completion in about 4 years after the delivery of right-of-way.

The commercial speed of the Cavite extension will be 60 kilometers per hour.

LRMC said the new stations will be accessible to and from nearby community facilities such as shops, schools, stadium, and park.

Among its recent projects are the Hong Kong–Zhuhai–Macao Bridge, the Port of Miami Tunnel, and the Nîmes-Montpellier rail bypass in France.

Alstom will also modernize the signaling system of the existing 20.7-kilometer line, which runs from Roosevelt Avenue in Quezon City to Baclaran. – Rappler.com