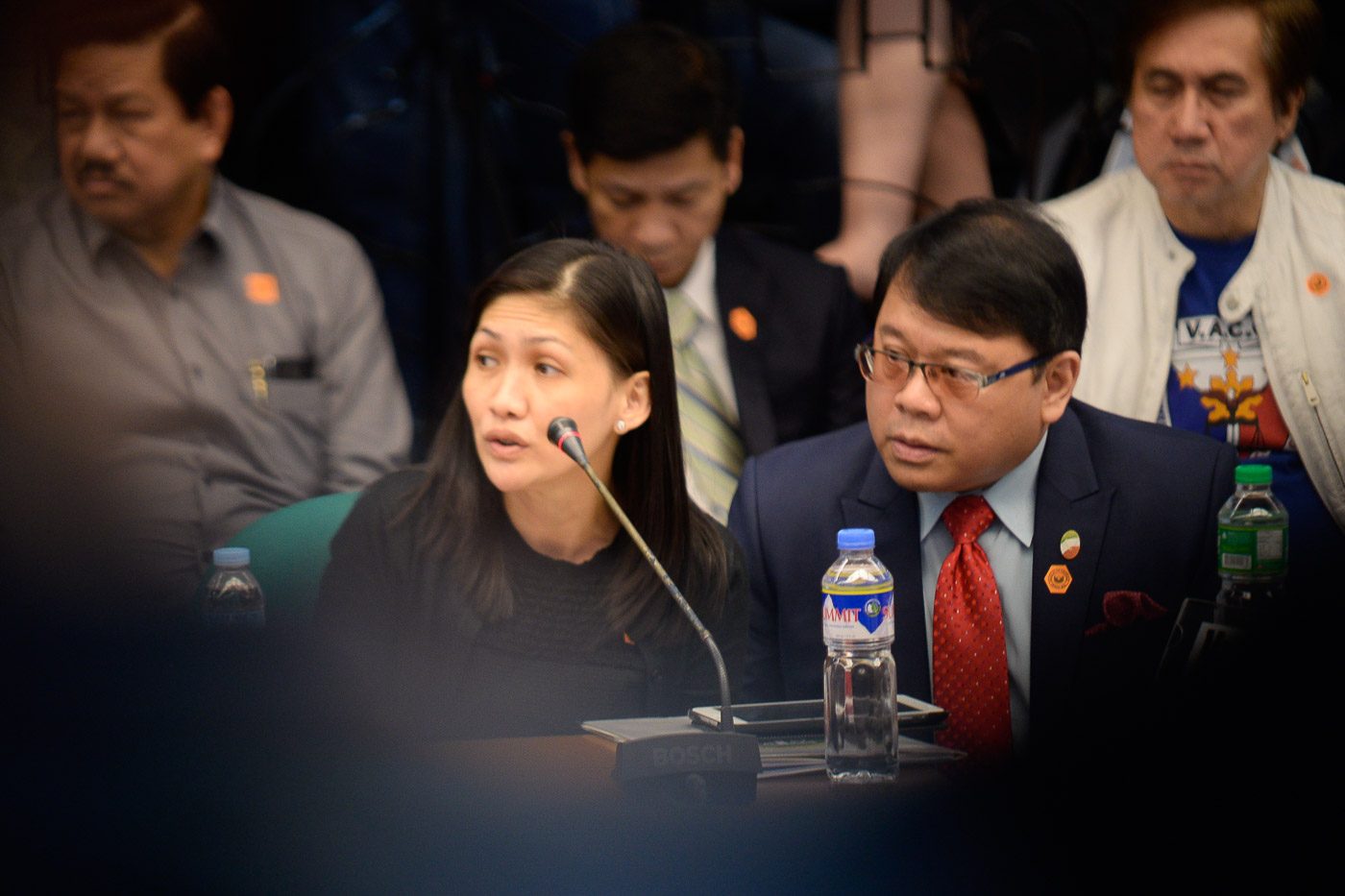 MANILA, Philippines – The bank manager at the center of the controversy involving Rizal Commercial Banking Corporation (RCBC) and 3 local casinos refused to respond to questions at the first public hearing of the Senate blue ribbon committee on the $100-million Bangladesh bank heist on Tuesday, March 15.

Responding to questions of Senator Teofisto Guingona III, RCBC branch manager Maia Santos-Deguito, invoked her right against self-incrimination and said she would only divulge in an executive session all she knew about the transfer of the stolen funds using accounts opened at her branch in Jupiter, Makati. (WATCH: Philippine Senate hearing on bank heist)

Guingona asked Deguito whether she, as branch manager, did not find anything alarming about the sudden flow of millions of dollars into 4 accounts – all idle with a $500-opening balance since they were created in May 2015 – at the same time in February.

Deguito replied, “Sir, sorry but I have to invoke my right to self-incrimination and I will answer that in an executive session.”

She said this was because the Anti-Money Laundering Council (AMLC) has already filed a money laundering case against her, and anything she might say on record may be used against her. Hours before her Senate appearance, Deguito was included in an anti-money laundering complaint filed by the AMLC before the justice department.

Deguito gave the same reply when asked whether she had affixed her signature, as branch manager, to the account opening forms of the concerned accounts; and also when she was asked whether she conducted due diligence in processing the accounts, which were found to be supported by fake drivers’ licenses.

At the start of the hearing, Guingona, who chairs the committee, junked the request for an executive session since the true holder of the account – the Bangladesh government – has not asked for it.

“There is a request for executive session because of the bank secrecy law. I cannot agree to that because the subject funds actually belongs to the Bangladesh government, which has not invoked confidentiality,” Guingona said.

He said representatives of Bangladesh Bank were at the Senate hearing as observers, as they have asked the Bangko Sentral ng Pilipinas to help them track down and recover the funds. (READ: Bangladesh central bank governor quits over heist)

He added that the AMLC has already imposed a freeze order in relation to the accounts.

There is also already a freeze order, and that freeze order contains documents related to the laundered accounts.

“All those documents are now public records and, therefore open to the public. Bank secrecy cannot be invoked,” Guingona said.

In early February, Bangladesh Bank authorities were informed that about $100 million was illegally taken out of its account with the Federal Reserve Bank of New York using an interbank messaging system known as SWIFT.

The laundered money was moved via transfer requests, with about $81 million ending up in bank accounts in the Philippines. The other $20 million went to an account in Sri Lanka. (READ: How Bangladesh Bank dirty money easily got into PH)

The money was coursed through the Philippines’ banking system, deposited to a Filipino-Chinese businessman’s bank account, and transferred to 3 large casinos. – Rappler.com