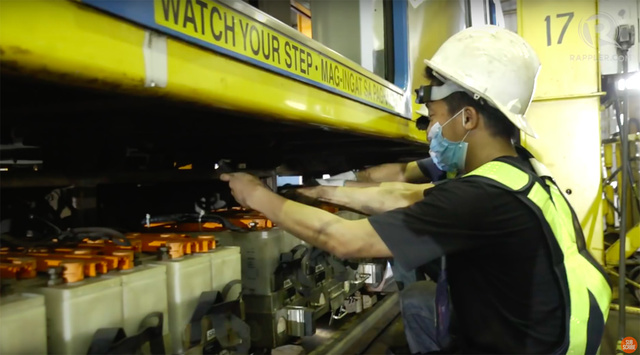 MANILA, Philippines – When it comes to lagging public infrastucture, the Philippine government usually turns to the private sector for help, but not always with success. (READ: PH’s PPP thrust: Work in progress)

The auction for the P18.99-billion ($409.35-million) deal to modernize the Davao Sasa Port is among the 7 postponed public-private partnership (PPP) projects, facing the uncertainty of government continuity.

“We are mindful that postponement in procurement will mean delay in delivery of public services,” PPP Center executive director Andre Palacios said, emphasizing the need for a final push to ensure the office’s infrastructure legacy.

To start with the construction of more public infrastructure come next administration, these 7 crucial PPP deals should be awarded before June, Palacios said.

The Philippines is one of the countries that are continuously pushing for more PPP deals; it expects these to contribute about 40% of the Philippines’ infrastructure financing gap until 2020.

But this will not be achieved without continuity.

Recently, the Department of Justice (DOJ) moved the bid submission for its P50.2-billion ($1.08-billion) regional prison project to April 20 from March 22, citing a request from a bidder.

The Department of Transportation and Communications (DOTC) has also moved the bid submission deadline for the 5 regional airport projects and the Davao seaport deal to an unspecified date from March 28.

The Davao seaport deal has been postponed anew due to delays in securing permits from government agencies.

A modern seaport in Davao is important as this “will allow Mindanao farm products to reach the global market,” the PPP Center chief said.

The DOTC also postponed the bidding of the modernization of Bacolod-Silay, Iloilo, Davao, Laguindingan and New Bohol air gateways as it has yet to release a copy of the contracts.

With the implementing agencies postponing PPP deals for various reasons, PPP Center’s Palacios said his office is “ready to help DOJ and DOTC to complete the process by June 30.”

The chief of PPP Center expressed concerns about the postponements, citing strong reasons for continuing the bidding for the 7 PPP projects.

Palacios cited 4 factors that will “strongly justify” completing the bidding for the DOJ and DOTC projects.

“First, the projects were properly reviewed and approved in 2014. Second, they have been going through a fair, transparent and credible procurement process for over a year now,” the head of PPP Center said.

He added that the government has complied with all legal requirements, and has spent valuable resources to develop, approve and procure the projects.

“Fourth, there is genuine competition among serious bidders, both local and foreign, which will produce the best deal for [the] government,” Palacios said.

PPP projects are not covered by the election ban, which will last from March 25 to May 8 of this year.

The Commission on Elections en banc confirmed this in its resolution issued on January 19, 2016. — Rappler.com