Al-Jazeera to cut around 500 jobs 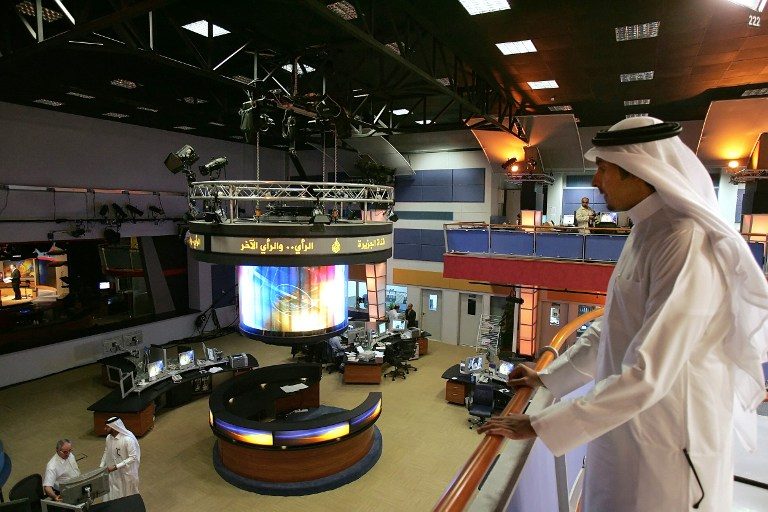 Facebook Twitter Copy URL
Copied
(UPDATED) A network official says up to 60% of the job cuts – 300 positions – could be at the headquarters in Doha, Qatar

DOHA, Qatar (UPDATED) – Qatar’s state-funded broadcaster Al-Jazeera on Sunday, March 27, announced a fresh round of job cuts with around 500 positions being lost, most of them at the network’s Doha headquarters.

On top of existing losses of 700 jobs following an announcement earlier this year that Al-Jazeera America is to close, it means the broadcaster is set to shed more than 20% of its global workforce.

The cuts come at a time when gas and oil-rich Qatar is readjusting its spending priorities as it grapples with the global slump in energy prices.

Al-Jazeera said on Sunday that after a management review it was “expected that around 500 positions worldwide will be impacted, the majority of which are in Qatar.”

Announcing the job losses in a statement, acting Director General, Mostefa Souag, said the cuts would allow the network “to evolve our business operation in order to maintain a leading position and continue our recognized commitment to high quality, independent and hard-hitting journalism around the world.

“While our decision is consistent with those being made across the media industry worldwide, it was difficult to make nonetheless.”

He added: “However, we are confident it is the right step to ensure the network’s long-term competitiveness and reach.”

According to one Al-Jazeera official, up to 60% of the job cuts – 300 positions – could come at the broadcaster’s Doha base.

The official told AFP that job losses could begin to be enforced within the next week, and most would be in non-editorial positions.

Staff members were apparently told on Sunday that Al-Jazeera English would be spared.

One employee at the network, who did not wish to be named, told AFP that the job losses were expected but that had created “a lot of paranoia” among staff as they waited to be officially told.

“We have been waiting for this announcement. Since the middle of January we were told next week, then next week, there was a lot of speculation.”

Another told AFP that the majority of job losses would be in sections such as IT and that each employee laid off would receive at least two months’ salary.

It has around 80 bureaus worldwide and Al-Jazeera English reaches 270 million homes every day, says the broadcaster.

Al-Jazeera Arabic is watched by 27 million viewers daily while its online channel “AJ+” has received some 1.2 billion views since launching last September.

The latest job losses come at a time when Qatar, a major gas and oil producer, has seen its revenues drop sharply as energy prices nosedived.

Qatar has already forecast a budget deficit of more than $12 billion in 2016, its first in 15 years.

In addition, the emir Sheikh Tamim bin Hamad al-Thani warned last December of “wasteful spending, overstaffing, and a lack of accountability” across Qatar.

The current financial issues are probably the greatest the network has faced since it began broadcasting 20 years ago.

Khaled Hroub, professor of Middle East politics and Arab media at Northwestern University in Qatar, said the broadcaster needed a “shake-up” but the cuts sent out a “bold message.”

“I think by this decision, Qatari officials attempt to deliver a bold message to everyone, including their own citizens, that a current policy of huge cuts and vigilant spending is very serious, due to the continuation decline in oil prices.

“Applying these cuts even to Al-Jazeera, one of the most cherished institutions in the country, sends a warning that nobody and no institution could be spared.” – David Harding, AFP / Rappler.com