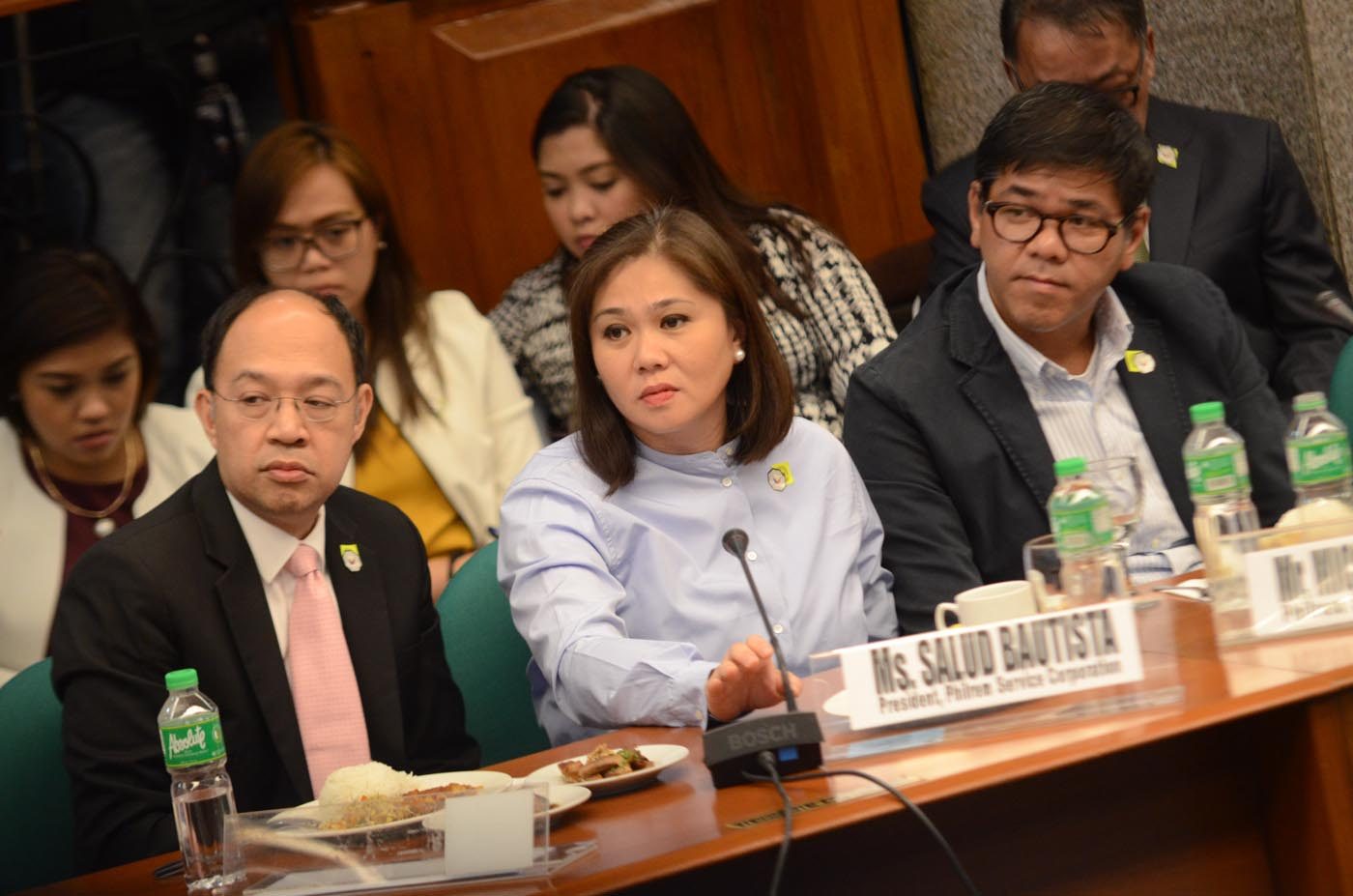 Facebook Twitter Copy URL
Copied
'The oath is to tell the truth, not just the partial truth. Every hearing, you give a different story,' Senator Bam Aquino tells PhilRem owners

Senator Teofisto “TG” Guingona III, chairman of the Senate blue ribbon committee probing the money-laundering case, pointed this out at the fourth hearing on the $81-million bank heist on Tuesday, April 5.

“During the first hearing, you said you only delivered P600 million to Weikang Xu in Solaire. In the second hearing, there was another $18 million delivered to Weikang Xu,” Guingona said, citing PhilRem president Salud Bautista’s earlier testimonies.

“And then during the third hearing, you said everything went to Weikang Xu and some are picked up by him, Kim Wong, and other Chinese in your house,” he added.

Bautista clarified that her firm “transferred P600 million and $18 million in 6 tranches to Weikang Xu.”

She added that it was during the 2nd, 3rd, 4th, and 5th time that the money was picked up by Xu in Bautista’s residence.

“We can cite several instances when you said ‘everything was delivered to Weikang Xu in Solaire,'” Guingona told Bautista.

“Senator [Ralph] Recto asked Mr Bautista if they were together in all deliveries, and Mr Bautista said, ‘Yes, Sir,'” Aquino told the Senate hearing.

“The oath is to tell the truth, not just the partial truth. Every hearing, you give a different story,” Aquino added.

PhilRem treasurer Bautista then said his 18-year-old company has a “flawless, spotless” reputation, which is all that the company has.

“We’ve accepted that this transaction is a mistake but we are not keeping any money,” Bautista told the Senate.

“Now, you are splitting hairs. You are very categorical. ‘Everything was delivered,'” Guingona said.

Wong – who returned $4.63 million and P38.28 million to the Anti-Money Laundering Council (AMLC) – said that the $17 million unaccounted funds are still with PhilRem.

The PhilRem president, however, denied this. “We’ve given all our records. All the receipts are with you. We delivered everything. No money is with us.”

According to AMLC Executive Director Julia Bacay-Abad, the actual amount in PhilRem’s frozen account is only P29,000.

Other than the money delivered to Xu, the rest of the $81 million stolen funds were transferred to Philippine casinos, AMLC said.

About $29 million went to Bloomberry Resorts, which operates the Solaire mega-casino in Manila; and another $21 million was transferred to Eastern Hawaii Leisure, which operates a casino that caters to mainly Chinese clients in Cagayan province, AMLC added. – Rappler.com